DailyOh! How Taiwan learnt its Covid lessons in 2003, to what Farooq Abdullah is complaining about

Arogya Van in Gujarat’s Kevadiya is now open to public and the first person to visit the van was Prime Minister Narendra Modi. Arogya Van has got everything to keep you away from all sorts of rogs, we mean ailments. Prime Minister Narendra Modi is in Gujarat on a two-day visit. (Photo: Twitter/@narendramodi)

Modi, who is on a two-day visit to his home state, visited the van after he visited the family of former Gujarat Chief Minister Keshubhai Patel. Modi also met the family of Gujarati musician Mahesh Kanodia and his brother Naresh Kanodia, a well-known actor. The two brothers died within a span of two days due to prolonged illness.

Tomorrow, Modi will inaugurate the seaplane service between Kevadiya and Ahmedabad.

While Modi is out and about, former Jammu & Kashmir Chief Minister Farooq Abdullah has said he has not been allowed to leave his house to offer prayers at Hazratbal shrine. Farooq wanted to offer prayers because it happens to be Milad-un-Nabi, which basically is Prophet Mohammad’s birthday. Mehbooba Mufti, on her part, has called the development a “violation of our rights”. The Muftis and Abdullahs have joined forces against the abrogation of Article 370 and bifurcation of J&K and Ladakh as Union Territories. To see if Ladakh wants to join forces with J&K on the issue, Abdullah junior, Omar Abdullah, today reached Kargil. They also made a stop in Dras. But Farooq Abdullah was stopped at his house so couldn’t offer prayers on Prophet Mohammad’s birthday.

But the beheading of a teacher over Prophet Mohammad’s caricature in France has led to unstoppable outrage. Yesterday, we told you a knife attack in a church led to the killing of three people. Former Malaysian Prime Minister Mahathir Mohamad then went on to justify the killing on Twitter. The website first labeled the tweet with a disclaimer stating the post violated its rules.

Ever wondered where the word delete came from? Delete comes from Latin word delere, which meant ‘to destroy, wipe out, remove’. Delere is formed of two words - de meaning ‘away’ and ‘linere’ meaning ‘to smear or wipe’.

Oxford dictionary defines delete, our Word Of The Day, as ‘to remove something that has been written or printed, or that has been stored on a computer’. With the trend of people digging out people’s old tweets and posts becoming common, the trend of deleting old tweets and posts is becoming less common. Everyone has muck on them so your muck cancels (if not deletes) their muck. Mahathir’s tweet had to be deleted because you can’t ask people to kill people. Talking of killings, IGP (Kashmir Range) Vijay Kumar, has said that the killing of three BJP men - Fida Hussain, Umer Hajam and Umer Rashid Beigh - in the Valley was the handiwork of Lashkar-e-Taiba terrorists.

Gearing up to tackle possible violence is Facebook CEO Mark Zuckerberg. Zuckerberg thinks there is a potential for civil unrest as votes are tallied in the US election. The billionaire says that will be ‘a test’ for the social network. With many people voting through postal ballots, there is a fear it could take weeks for the final results to be announced. That will leave enough room for conspiracy theorists to propound their theories and that Zuckerberg fears could lead to civil unrest. So watch the US elections not just to know whether Donald Trump wins or Joe Biden becomes President, but also to find out if Zuckerberg passes or fails the test.

One country that looks to have passed the coronavirus test is Taiwan. So let’s head to Taiwan. Not that Taiwan is going to let us in. For the 201st day today, Taiwan with 2,30,00,000 people has reported no coronavirus cases. In fact, the country has reported just 553 cases and seven deaths so far. And you know, we have come quite far in the pandemic. The last local case in Taiwan was reported on April 12 this year.

Taiwan closed its borders early and tightly regulated travel. It traced, tracked and treated vigorously because Taiwan had been-there-done-that with SARS. All this talk of the world coming together to fight coronavirus happened because coronavirus became a pandemic. SARS was an epidemic.

And Taiwan fought it alone. Blame it on China. Taiwan isn’t recognised by the World Health Organization (WHO) because China calls Taiwan its own, the territory, we mean, not the people.

You know what happened in 1949. As communists took control of mainland China - not the restaurant near your house, but the country – Chinese nationalists moved to Taiwan. In 1972, when the United Nations admitted the communist government in Beijing, organisations like WHO blocked out Taiwan.

How is this related to China’s handling of SARS or Covid? Coming to that.

In 2003, when SARS made people sick and people sick with SARS made other people sick, Taiwanese scientists had to rely on the WHO website for information because they could not participate in WHO meetings. 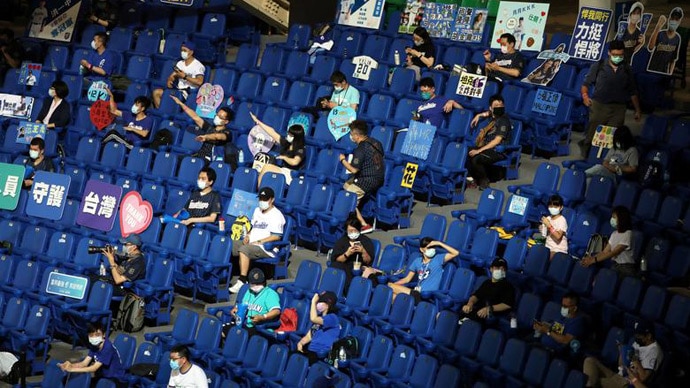 Taiwan has not reported any coronavirus case over the passt 200 days. (Photo: Reuters)

Adversity led to ingenuity. Taiwan learnt its lessons well and applied them when Covid came. It could trace and track positive cases and thus control the virus in time.

But the Narcotics Control Bureau has not been able to trace and track Deepika Padukone's manager Karishma Prakash, three days after summons were issued to her to appear before the agency. Karishma’s name had reportedly cropped up during the interrogation of a drug peddler in the Sushant Singh Rajput death case, which subsequently became the Bollywood drug nexus probe.

Meanwhile, Rhea Chakraborty’s advocate Satish Maneshinde feels the case against Rhea doesn’t stand because of what the Supreme Court said yesterday. What did the SC say yesterday? The court said confessional statements made before investigating officers by those accused in drug abuse and trafficking cases under the narcotics law cannot be used to convict them. What can the statements be used for then? To track where the drugs are coming from. If the NCB had any inclination of tracking the source, we are sorry we missed it completely.

But since winter is (almost) here, you must not miss out on food. Our recommendation today is Shahi Tukda – a bite of royalty, if not the whole of it.

You can use the weekend to try your hands at the recipe.

We will meet you on Monday.

#Narendra Modi, #Taiwan, #Coronavirus, #Covid19
The views and opinions expressed in this article are those of the authors and do not necessarily reflect the official policy or position of DailyO.in or the India Today Group. The writers are solely responsible for any claims arising out of the contents of this article.