DailyOh! Why IMA wants Harshvardhan to come clean on yoga, to when we started using eggs for baking

The Indian Medical Association has said if the ministry doesn’t issue a clarification, it will be considered that Health Ministry is inflicting a fraud on the nation by calling placebos as drugs.

Anger is bad for health. But the Indian Medical Association (IMA) is angry in the interest of everyone’s good health. An angry IMA has asked Health Minister Harshvardhan for proof that Ayurveda and yoga can cure people of Covid-19.

The AYUSH Ministry’s protocol includes a host of things from chyawanprash to ashwagandha as the clinical protocol for Covid management. 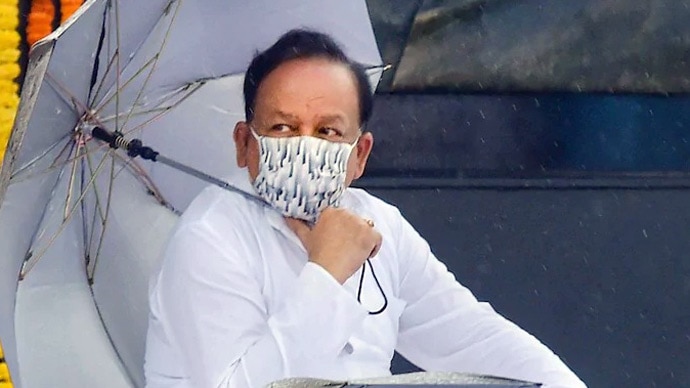 The IMA has written a letter over the Health Ministry's push for yoga and Ayurveda against Covid. (Photo: Reuters)

The IMA has said that Harshvardhan’s ministry should come out clean on the matter, or else it will be considered that he (Harshvardhan) is inflicting a fraud on the nation and gullible patients by calling placebos as drugs.

Donald Trump, who chose the virus over the mask, will be able to resume public events from tomorrow. The confirmation has come from the White House doctor. The White House, meanwhile, has reported dozens of cases of unwanted positivity in people who work closely with Trump, raising suspicion that the US President could well have been a super spreader. To dispel that suspicion and come clean on a host of other allegations against him, Trump only has about 26 days, as the US goes to polls on November 3. Of course, votes through postal ballots are being cast even as you are reading this. Back in India, you will be able to transfer over Rs 2,00,000 all 365 days round the clock, come December 10. If you have never transferred or received that sum, you may not care. But people who have had to do such transactions until now could do it only between 7 am and 6 pm on all working days of the week, except the second and fourth Saturday of the month. If remembering all passwords wasn’t enough, you needed to keep track of what Saturday was it on Saturday.

Not just Saturday, you need to remember the second Friday of every October too, which happens to be today. Eat your egg fried, or boiled, or scrambled, or turned into a curry, or omelette today. Or you can turn the egg into an egg bonda. Why today? Because it is not Tuesday or Thursday, when your mom may stop you from eating eggs. And because today is World Egg Day. No, it doesn’t fall every October 9, but on every second Friday of October. 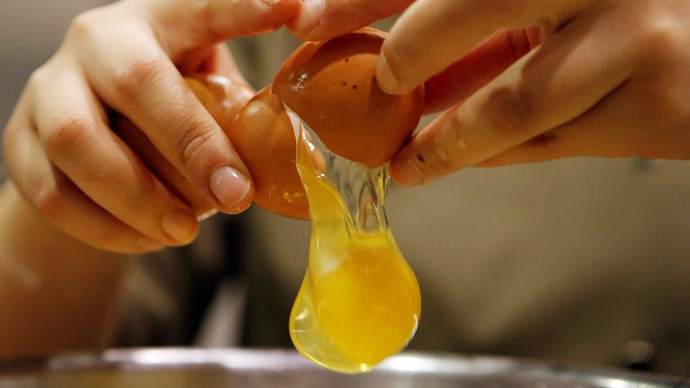 The egg is a food for all days - Monday to Sunday. (Photo: Reuters)

You can eat eggs every day, for they are easy to cook and good to eat. But World Egg Day is celebrated today to help raise awareness on the benefits of eggs and their importance in nutrition. You know about the nutrition part of eggs, we want to deal with the baking part. A lot of us took to baking, thanks (but no thanks) to the coronavirus. All of them can be dismissed as ‘ok boomers’ because baking has been around since forever and that too baking using eggs. Okay, we concede nothing is forever and nothing has been forever. There is a start and there is an end. Also, good you started no matter when you started. If you didn’t start baking and don’t want to start, fair enough. 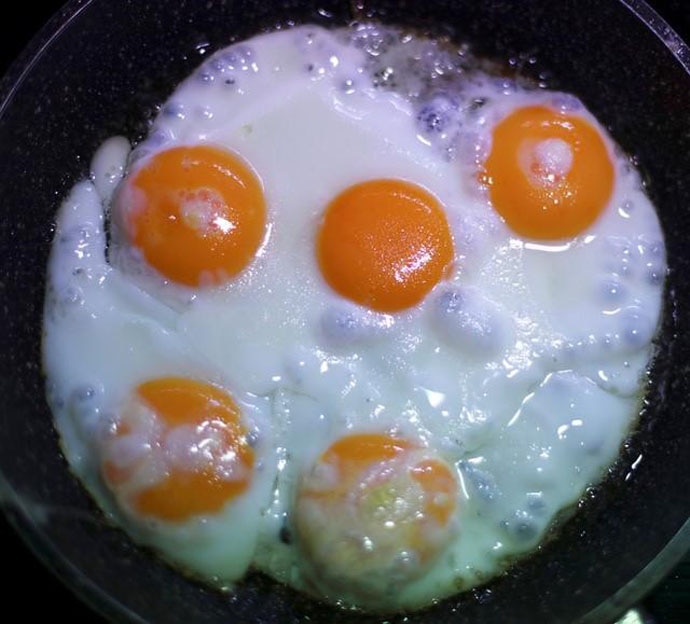 The second Friday of every October is marked as World Egg Day. (Photo: Reuters)

Food historians tell us that the practice of using eggs for baking is ancient, but do not assign a date, time, or place to it. That is because the chicken was domesticated very early on by humans, so eggs came handy. Some say the domestication of fowl began in China in 6,000 BC. Did that prompt them to play foul, not fair all the time? Don’t blame the chicken before you can answer what came first – the fowl or the fair?

Evidence confirms that bread and cakes were made using eggs by Ancient Egyptians and Romans. What it means is that people realised very early on that egg acted as a binding and thickening agent.

Having mastered the art of baking with eggs, people are now googling recipes for eggless baking. That is because some are vegetarian, some are allergic to eggs and some just have to innovate all the time.

Egg, our Word Of The Day on World Egg Day, is defined by Cambridge dictionary as the “the oval object with a hard shell that is produced by female birds, especially chickens, eaten as food”. Now, not all eggs have hard shells, like the eggs of fish or eggs produced by human ovaries. In Old English, egg was called oeg. But we adopted egg from Old Norse spoken in Scandinavia.

If all the talk of eggs has made you hungry, we can’t send you food. But we can tell you that the Nobel Peace Prize 2020 has gone to World Food Programme (WFP) for efforts in battling hunger. WFP says it helps 9,70,00,000 people in about 88 countries each year with food. One in nine people worldwide still do not have enough to eat. So if you can ensure someone gets to eat, do ensure you do the needful.

The trailer of Akshay Kumar and Kiara Advani movie, which is set to release on November 9, released today and had Kumar play a transgender ghost. The trailer may remind you of Bhool Bhulaiyaa or may leave you too busy laughing to remember anything.

But we want to remind you that India has a new Consumer Affairs Minister in the form of Piyush Goyal because the incumbent Ram Vilas Paswan passed away yesterday in AIIMS. Paswan was a tall Dalit leader, who was a minister with six Prime Ministers from VP Singh, to Deve Gowda, to IK Gujral, to Atal Bihari Vajpayee, to Manmohan Singh, to Narendra Modi.

He was cremated today. One of the tallest Dalit leaders Kanshi Ram had died on this day in 2006.

The national flag is flying at half-mast in Paswan’s memory even as his son Chirag is gearing up to fight the Bihar elections in his absence. There is hardly any time for him to grieve the loss.

Even if you have time, you are suggested to stay home and not participate in garba if you have co-morbidities. The Gujarat government has banned any gathering of over 200 people this Navratri season that kicks off next week.

There is no government stopping you from doing garba at home.

Stay safe, we will see you on Monday.

Also read: Why crimes against Dalit women are rising in India

#World egg day, #Eggs, #Harshvardhan, #Covid-19
The views and opinions expressed in this article are those of the authors and do not necessarily reflect the official policy or position of DailyO.in or the India Today Group. The writers are solely responsible for any claims arising out of the contents of this article.