How an early lockdown helped India: A doctor's perspective

What has worked in our favour is the fact that the lockdown gave us time to understand the disease better and build up our medical armamentarium against it.

When the 75-year-old gentleman exclaimed “The lockdown is a total failure”, I felt his outburst was justifiable. Despite being in complete isolation in his house for three months, he had been diagnosed with Covid pneumonia. However, what he did not realise was that despite his age and co-morbidities, he passed through most of the illness unscathed. He did not require ventilation, ICU or high-end medicines. Was he just one of the lucky ones? Actually, we are seeing a number of elderly and high-risk individuals who are recovering well from an infection that has proven fatal to many.

Has the virus mutated to become less dangerous in our country? Is our population more resistant to its lethal effects because of the protective immunity offered by childhood BCG/MMR vaccinations or because of the innate immunity that we have developed after being exposed to so many varied infections in the past? Yes, these are hypotheses that can be put forward. However, I also believe that what has also helped us tremendously is the initial lockdown that our country went through.

There is no doubt that the lockdown had its issues — of the downward spiralling economy and homeless migrant workers — that should have been addressed before the lockdown was announced. But to say that the lockdown was a complete failure in containing the disease would not be right. Agreed that the number of cases has been on a rise. But that was inevitable given a highly densely populated country of 1.3 billion people, many of whom are living in conditions that cannot accommodate social distancing, hand hygiene or even good nutrition. Furthermore, there is the issue of the virus that transmits so efficiently through humans. 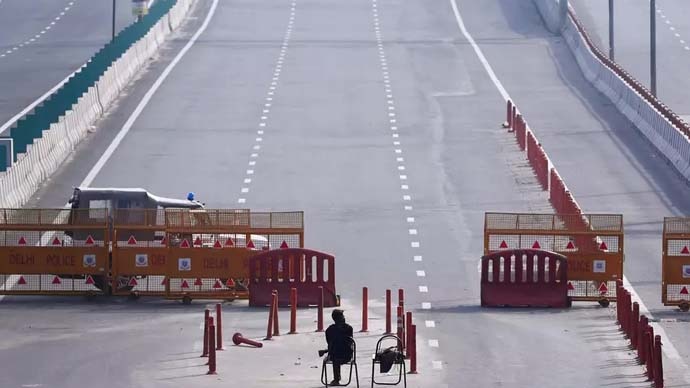 Lockdown gave us time to understand the disease better and build up our medical armamentarium against it. (Photo: Reuters)

What has worked in our favour is the fact that the lockdown gave us time to understand the disease better and build up our medical armamentarium against it. It gave doctors and researchers a fair chance to discern the pathogenesis, complications, management and prevention of the disease. In March, clues as to how the virus behaves in the human body, why or how it causes complications of acute respiratory distress syndrome (ARDS), pulmonary thromboembolism, acute coronary syndrome and multi-organ failure were little known — a situation that was faced by Italy, Spain, USA and UK. The UK, with a population of 6.66 crores, has 2.95 lakh infected people and 45,318 dead (as of July 21, 2020). This means a mortality rate of about 15 per cent. Similar numbers exist in Italy and Spain. The USA, with a population of 33 crores, has 39 lakh infected and 1.43 lakh dead. India, with a population of 138 crores, has 11.6 lakh infected and 28,084 dead — implying a mortality rate of about 2.5 per cent. If India, with the magnitude of its population, its socio-economic structure and its health facilities, had faced a situation like the Europen countries or the US in March 2020, then not just the numbers, but deaths also would have been way higher than what it is at present.

Here are some learnings about the SARS-Cov-2 virus in the last three months that we were unaware of in February and March 2020:

In the early months, the inhaled virus was believed to mainly target the lungs, causing viral pneumonia and acute respiratory failure. Ventilation of the lungs was assumed to be the main management strategy for the severely ill. But it did not seem to help at all in many cases. Now we know that a majority of patients actually suffer from an inflammatory involvement of blood vessels in the lungs (as well as other tissues), which leads to excessive clotting of blood, termed as thrombosis. Thrombosis in pulmonary arteries causes decreased uptake of oxygen from lungs into the blood. If severe, it can be life-threatening. Protocols now lay down the use of blood-thinning drugs in such patients — both as prophylaxis and treatment. Close monitoring of all patients is now being routinely done to look out for the development of such life-threatening processes.

Earlier, it was believed that Covid-19 causes substantial damage to the lungs only. We now know that extra-pulmonary manifestations like myocardial dysfunction, acute coronary syndrome, acute kidney or liver injury, intestinal ischemia, digital ischemia, hyperglycemia, encephalitis and stroke may be the initial presentation.

In China, there were early reports of patients dropping dead on the streets or dying before they could even reach hospitals. It is believed that they were suffering from a phenomenon termed as ‘silent hypoxemia’, wherein the level of oxygen in their bodies was falling to extremely critical values (of 50 to 60 per cent), without them becoming symptomatic. This phenomenon is still being researched. Being aware of it, doctors now ask infected individuals to monitor their blood oxygen levels regularly at home using a simple device called a pulse oximeter. They are advised to contact their physicians if levels drop to less than 93 per cent, irrespective of the symptoms showing. Thanks to this, severe infection is diagnosed at a much earlier stage.

We are now aware that after the first phase of infection, the illness goes through a second phase of inflammation. This is a normal defence mechanism of the body to eliminate the virus. But in a number of patients, this inflammatory process goes into a hyperactive response that causes damage not only to the virus but to the patient’s body as well. So, we now focus also on the post-viremic phase — when most patients become asymptomatic — and monitor them for chances of delayed life-threatening inflammatory complications.

The most undeniable benefit of a late peak is the availability of a number of drugs or therapies — be it still in the research or restricted-use phase. Anti-viral drugs like Remdesivir and Favipiravir, anti-inflammatory drugs like Corticosteroids, immunomodulatory drugs like Tocilizumab and Itolizumab, as well as convalescent plasma therapy give us much hope for patients with moderate to severe illness. Added knowledge of which stage of illness each drug is most effective in makes us better equipped to use each to its full benefit. The lockdown has helped decrease viral exposure, and hence the viral titre, in people who have got infected. (Photo: Reuters)

These are but a few examples of how we, as doctors, feel so much better equipped to save lives today. There is also the theory that the lockdown has helped decrease viral exposure, and hence the viral titre, in people who have got infected.

I go back to the case of the gentleman I mentioned at the beginning of this article. He is 75 years old and is suffering from Coronary Artery Disease (CAD), hypertension, diabetes mellitus, dyslipidemia and chronic kidney disease. He had isolated himself at home completely for three months with his wife. He had no visitors or house help and had taken all precautions regarding the handling of parcels, groceries and the like. Yet, in mid-June, when the gentleman developed a low-grade fever, backache and a dry cough, the inevitable fear crept into the minds of all his family members.

In spite of the Covid-19 RT-PCR throat swab test result being negative, he was put on relevant antibiotics, vitamin and mineral supplements. His oxygen saturation levels and vital parameters were monitored. His blood tests revealed an elevated inflammatory marker called CRP, and a CT scan of his chest showed bilateral pneumonia. Given his high-risk profile, he was admitted in the hospital, put on prophylactic anti-coagulants, and corticosteroids were given when his oxygen levels dropped. His second Covid test also came negative, but he was still treated as a Covid patient, as the test may be negative in 30 per cent of the cases. He improved by the 12th day. On being discharged, a Rapid Antibody Test for Covid said positive, confirming the diagnosis of Covid-19 pneumonia. He is now on prophylactic anti-coagulants at home with his vitals and blood parameters being monitored.

What helped this high-risk gentleman from developing what could have been a full-blown Covid-19 infection? The early and high suspicion of the illness due to the clinical picture despite negative tests, the right diagnostic work-up, the correct and timely treatment, proper monitoring for the severity of the disease, and the use of prophylactic drugs to prevent long term and delayed complications, and what was figured a low viral titre due to a low level of exposure.

There are many more such cases of the elderly or high-risk or younger patients with severe illness who are showing a much better response than we would ever have thought possible in earlier times. Some have received plasma therapy, some have recuperated after anti-viral or Tocilizumab or a combination of therapies. Many have been prevented from developing life-threatening complications.

We would have lost precious lives if our knowledge of the disease was not what it is today — a most definite outcome, had the lockdown not been enforced in those early months. Yes, the numbers are rising. But the numbers are rising at a time when we are better equipped to fight the disease and save lives. We can hope that things will only improve from here as we move forward in our war against this dreaded enemy — an enemy that has managed to topple the lives and livelihoods of people world over.

#Community spread, #Coronavirus treatment, #Lockdown in india, #Covid19
The views and opinions expressed in this article are those of the authors and do not necessarily reflect the official policy or position of DailyO.in or the India Today Group. The writers are solely responsible for any claims arising out of the contents of this article.

Dr Ritu Malani is a pulmonologist and allergy specialist, practising in Delhi for the past 14 years.