Raj... naam toh suna hi hoga. We know it reminds you of Shah Rukh Khan in Rab Ne Bana Di Jodi. It was also probably a line Mehul Choksi used to 'flirt' with Barbara Jarabica. We're just talking about 'Raj', the name Mehul Choksi introduced himself to Jarabica by. Jarabica, on her part, has claimed that she had no role in the abduction of the fugitive businessman. In an exclusive interview, Barbara has said that Choksi flirted with her and gifted her fake diamond bracelets and rings. Now, that isn't something Surinder AKA Raj would do to Tani-Partner, right? 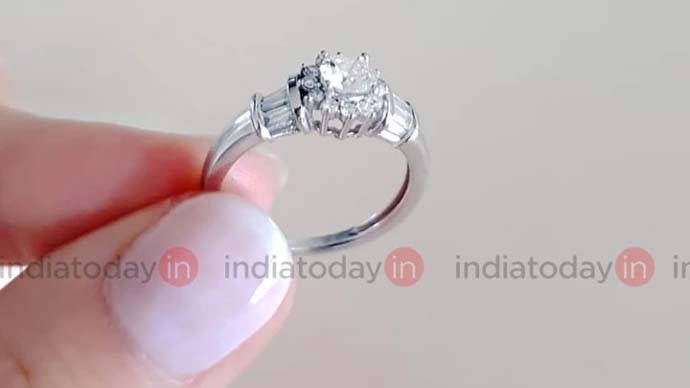 But Choksi is no Raj and palming off fake diamonds is nothing new to his world. The fraudster’s company — Gitanjali Group — used to sell cheap lab-produced diamonds, which were passed off as real ones. To top it, the firm used to hand out forged certificates of authenticity.

There is certainly a lot of anger against Choksi. As is there against the person who killed a family in Canada on Sunday. Why were they killed? Apparently for being Muslims. The Canadian police have said that the four members of the Canadian-Muslim family were killed when a pickup truck jumped the curb and ran them over. And that this was deliberately targeted in an anti-Islamic hate crime. 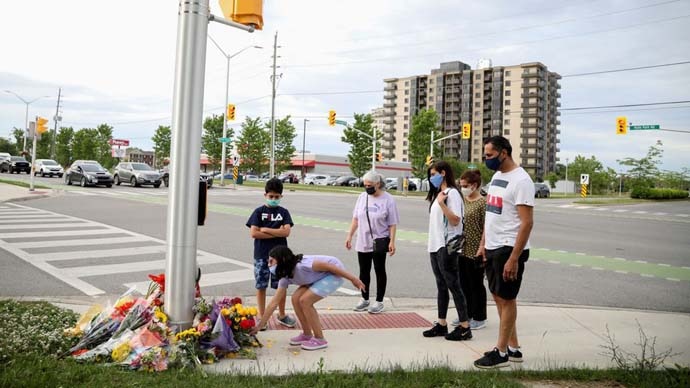 Canadians lay near flowers laid at the fatal crime scene a Muslim family was run over by a truck in what appears to be an anti-Islamic hate crime. (Photo: Reuters)

The cops have arrested the suspected attacker, 20-year-old Nathaniel Veltman, for this hate crime.

So much talk of hate, but what exactly is it? Our Word Of The Day, hate is defined as “intense dislike”. The word comes from the Old English word hatian, which means “to treat as an enemy”.

Someone also seems to be hating the French President. Today, a man slapped President Emmanuel Macron after shouting "Down with Macronia". This was when Macron was in a walkabout session in Drôme, a town in southeastern France. The French police have arrested two people in this regard.

Who is a global enemy hated universally though? Yep, you are right if you guessed the dreaded Coronavirus. The virus has been pursuing humanity with some sort of vengeance and India bore the worst of it in the past few months.

The Delta variant — identified as B.1.617.2 — of SARS-CoV-2 is believed to be the most infectious to have emerged so far. And this variant is the main culprit for the surge in Covid cases in the second wave of the pandemic.

Thankfully, those days seem to be behind us (keeping our fingers crossed and masks on).

This morning, India recorded the lowest count since April 1. In fact, the country saw daily Covid cases fall below one lakh per day after 68 days. The PM yesterday announced major changes in India’s vaccine policy. The vaccination will be made free for those above 18 years of age (from June 21) in state-run facilities and he capped the charges for vaccines at private hospitals as well. If you are still not convinced about getting the jab, here is something that just might motivate you. Some state-owned banks have started offering financial benefits you can avail if you have been vaccinated.

Bringing some more cheer, though on a different front, is Indian football team captain Sunil Chhetri. He went past Lionel Messi's tally of international goals, after scoring a match-winning brace against Bangladesh in the 2022-FIFA World Cup and 2023-AFC Asian Cup joint qualifiers. Chhetri now ranks 11 on the list of players with the most goals in international football. 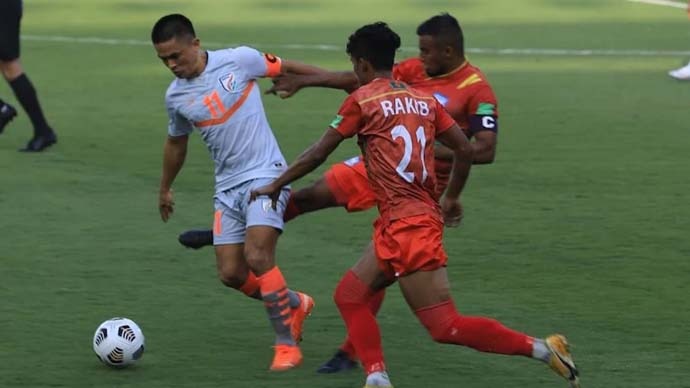 Sunil Chhetri is ranked 11th on the list of players with the most goals in international football (Photo: Twitter/ Indian Football Team)

Now while we are cheering for Chhetri, it is not all that surprising when you see where he came from. Rather who he came from. The Indian football captain’s mother Sushila Chhetri, along with her twin sister, played for the Nepal women's national team before she got married at the age of 18. His father is no less a player. KB Chhetri was an officer in the Corps of Electronics and Mechanical Engineers of the Indian Army. And he played football for the Indian Army's team. As they say, you don’t teach a fish how to swim.

Fish and swimming bring us to another important day that is being observed today — World Oceans Day. The day is marked to inform the public of the impact of human actions on the ocean and to develop a worldwide movement of citizens for the oceans.

With 90% of big fish populations depleted & 50% of coral reefs destroyed, we are taking more from the ocean than can be replenished. Tuesday's #WorldOceansDay explores the interconnection between the ocean, life on Earth, and livelihoods. https://t.co/pWXqNh4Rgs

The UN also marks the day as one for mobilising and uniting the world's population on a project for the sustainable management of the world's oceans.

The intergovernmental organisation has called out to carry out sustainable efforts and work towards putting a stop to plastic pollution in oceans. And to support the theme, Odisha-based sand artist Sudarsan Pattnaik has come up with his striking sand sculptures. 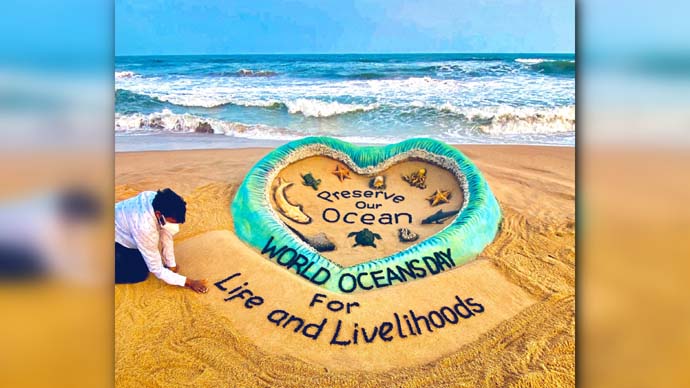 Now, thanks to the (original) ending of Titanic, we know what happens to the treasures that go into the sea. They stay there. And Titanic was one ship. There have been millions of shipwrecks over the millennia. And thanks to these, the ocean houses countless treasures and artefacts. In fact, National Geographic estimates that there are more treasures at the bottom of the oceans than in all the world's museums combined. Call it the planet’s mega-museum.

On this day, we recommend you to watch the stunning documentary Océans. The breathtaking imagery and seductive visualisation in this documentary will open your eyes to a whole new world.

Maybe Choksi can take some tips from King Khan before setting out to 'flirt' the next time. JK. Just kidding.

#World oceans day, #Hate Crime, #Covid-19, #Mehul Choksi
The views and opinions expressed in this article are those of the authors and do not necessarily reflect the official policy or position of DailyO.in or the India Today Group. The writers are solely responsible for any claims arising out of the contents of this article.