Serum Institute CEO has asked US President Joe Biden to ‘lift the embargo of raw material exports out of the US’.

Citibank is exiting not just our cities but a total of 12 countries because it could not scale up operations here and also there. The bank is not exiting all operations but only retail banking operations. If you hold an account with the oldest foreign banking entity in India, stay calm because this will be a gradual exit and is unlikely to happen before the bank finds a buyer. Citibank in India serves nearly 30,00,000 retail customers and has over 10,00,000 bank accounts and over 20,00,000 credit cards. So for now, the bank’s operations are up and running and all of Citibank’s employees are still its employees. 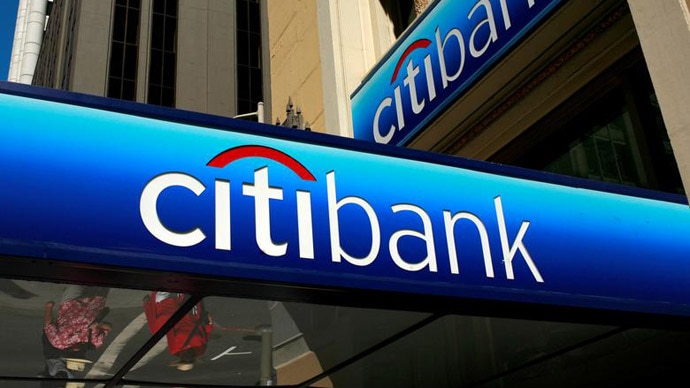 Citibank has announced it will exit all retail operations in India. (Photo: Reuters)

While Citibank has announced its exit, coronavirus is holding firm having scaled up its operations several fold. It is infecting people and also reinfecting them. Karnataka chief minister BS Yediyurappa has tested positive for the second time after testing positive for the first in August 2020.

Uttar Pradesh has, meanwhile, announced a Sunday lockdown. Lockdown or no lockdown, if caught without a mask in UP, a person will be fined Rs 1,000. If caught by the virus, it is difficult to say what it would cost the person caught. You see we don’t have enough hospital beds, enough oxygen cylinders or enough place to bury and cremate the dead.

There isn’t even enough raw material to make vaccines. Serum Institute of India CEO Adar Poonawalla has tweeted to POTUS demanding that the ban on exporting raw material needed for the vaccine be lifted. 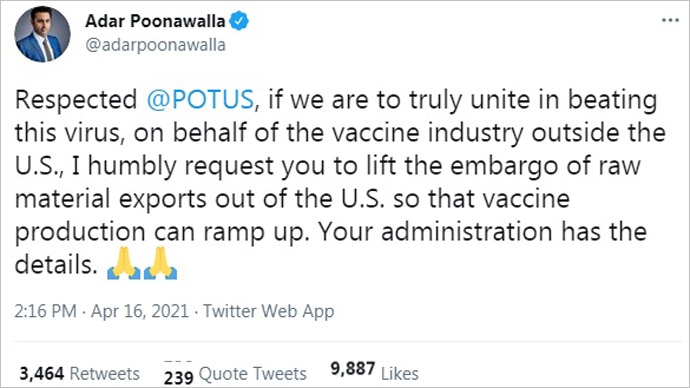 India so far has put no ban on large gatherings. Prime Minister Narendra Modi will hold six more rallies in Bengal. The last of the rallies will be held in Bolpur. Bolpur is known as the land of Shantiniketan and Rabindranath Tagore. Of course, other leaders will hold their own rallies over the next couple of days. Don’t be led by leaders who lead you to join crowds and, by default, coronavirus.

Meanwhile, many sadhus who gathered in Haridwar for Kumb Mela are showing Covid symptoms. As many as 30 sadhus have tested positive. Kumbh Mela this year was shortened to one month: April 1 to April 30. From April 1 to 14, 1,701 people tested positive Covid at the Kumb Mela. Imagine what happened when these 1,701 people went out. How many they infected.But midway through the Kumbh, two of the 13 akhadas Niranjani Akhada and Tapo Nidhi Shri Anand Akhada have opted out of the Kumbh Mela. Many of 11 others too may soon give up and get out. BJP leaders are said to be in talks with akhada heads to withdraw from Kumbh.

Do you know what an akhada is? Well, it is a distorted form of the word akhand. So what is akhand? Akhand in Sanskrit means unbroken. That reminds us of Akhandanand Tripathi from Mirzapur. Forget Mirzapur, let’s stay focused on akhada, the Word Of The Day. 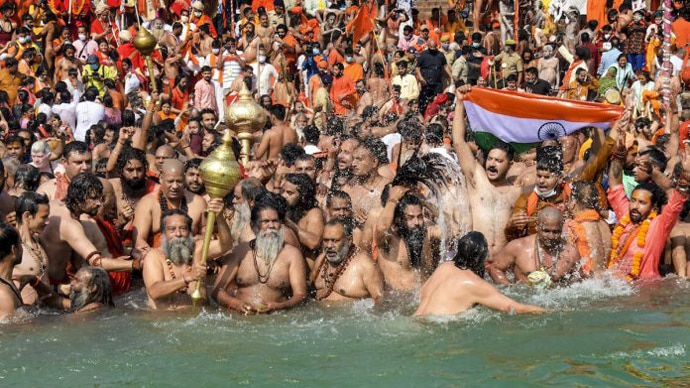 Devotees at the Kumbh Mela 2021, in Haridwar (Photo: PTI)

So, akhada comes from the word akhand and means a unified organisation. Akhada is an Indian word for a place of practice with boarding, lodging and training facilities. Akhadas traditionally train its members into Guru–shishya tradition as well as Indian martial arts. Now, places where wrestlers stay and practice is also called akhada. The akadas are said to have come into existence when Hindu seers came under attack from other sects and decided to organise themselves. They organise separate activities through the year but come together during the Kumbh at one place.

Haridwar is where the first Kumbh Mela is believed to have been held. Now, it is difficult to put a date to how old the tradition is but the earliest most modern origin is said have been found in a British report of 1868. The report was titled: ‘Coomb Fair to be held in Allahabad in January, 1870’. Excuse the Brits for misspelling Kumbh.

The Election Commission, meanwhile, has allowed parties to fight elections and campaign in-person because apparently the candidates have a right to campaign. You have a right to defend your life. Remember politicians will get preferential treatment at hospitals, burial ground and crematoriums. We wish nobody reaches there but someday we all do. Coronavirus is out there to ensure we reach there sooner than we are supposed to.

So stay away from all crowded places and don’t try to get out of your cage even if Pooja Bedi tempts you to.

Pooja Bedi is out in Goa and Kartik Aaryan is out of Dharma Productions’ Dostana 2. Why? “Because he is unprofessional,” say the producers. “Because he is an ‘outsider’,” says Twitter. Did you hear about Tamil actor and comedian Vivekh? He suffered a cardiac arrest today and his reportedly critical.

Take care of your health. Work on your immunity and include some workout in your schedule for the same. Also, include vegetable and fruits. We suggest you go for Shukto. Let steamed rice company to your Shukto.

For now, we will leave in your company if you stay alone and in the company or your flatmates, or family, or friends, depending on who you stay with.

We will be back on Monday with you.

Stay in and mask up if you have to step out.

#Bengal elections, #Kumbh mela, #Covid cases, #Covidsecondwave
The views and opinions expressed in this article are those of the authors and do not necessarily reflect the official policy or position of DailyO.in or the India Today Group. The writers are solely responsible for any claims arising out of the contents of this article.