India’s Environment Minister choked on pollution in Ludhiana, is concerned about Delhi, but has ignored Noida, Ghaziabad and Gurugram.

Environment Minister Prakash Javadekar choked on pollution in Ludhiana recently. And irony choked on irony because irony, you see, cares two hoots about pollution. The governments don’t even care one hoot till the skies turn hazy because that is when pollution becomes visible. Speaking to the media, the Environment Minister said, "Delhi pollution situation is critical during the winter.” He also gave reasons: Himalayan breeze, moisture from Ganga, dust pollution in north India and Delhi being a plain area. The mention of pollution in Gurugram, Noida, Ghaziabad and the rest of India missed Javadekar behind the haze.

He went on to ask Punjab Chief Minister Capt Amarinder Singh to stop stubble burning, while not mentioning the stubble burning in Haryana, because he felt choked in Ludhiana and not Haryana.

Since people are feeling choked in Delhi too, Chief Minister Arvind Kejriwal’s mantra is, “Red light on, gaadi off.” This, Kejriwal says, will save you fuel and save the environment from pollution.

And not all vehicles need to do that. There are one crore vehicles registered in Delhi and Kejriwal believes even if 10 lakh turn off ignition at traffic signals, 1.5 tonnes of PM10 will reduce in a year.

Forget about turning off the engine, a car in Delhi didn’t stop even after being asked by a traffic cop to halt. The driver, instead, drove the cop along on the bonnet. The viral video of the incident shows the driver trying to get the cop off the car by driving zigzag, till the cop actually falls in the middle of the road. The car then drives off.

#WATCH An on-duty Delhi Traffic Police personnel in Delhi's Dhaula Kuan dragged on the bonnet of a car for few metres after he attempted to stop the vehicle for a traffic rule violation. The car driver was held later.(12.10.20) #Delhi pic.twitter.com/R055WpBm8M

You may think traffic cops earn a lot of under-the-table cash, but you see, that is if you survive all the over-the-bonnet rides. There is also the risk of being exposed to pollutants for long hours, which can choke not just ministers, but anyone who comes in the way.

Scientists are warning air mixed with pollution and coronavirus in the air droplets this winter season could be a cocktail so dangerous even those in dry states will not want to have it. Meanwhile, WHO, which failed to ring the initial alarm bell and said all is well in China, has refused to put the bell down since being criticised for failing to save the world from the pandemic. In its latest, WHO has said that healthy young adults may not get a vaccine till 2022. The young seem unhealthier than the oldies, who claim to have eaten food grain sans milavat and hence acquired a sturdier immunity.

Immunity or no immunity, single-screen cinema halls and multiplexes have opened up for people in India today with a host of movies for re-release. However, today also came the sad news of the death of India's first Oscar-winning costume designer Bhanu Athaiya. She was 91. Athaiya died at her home after a prolonged illness. In case you don't know, she won the Oscar for her work in Gandhi (1982).

But as they say the show must go on and to take the show forward, cinema halls, we told you, have opened.

Some are tempted to go to the hall because they have been missing the movie experience that only a hall can provide. We aren’t sure if popcorn tubs, which are one-thousandth the size of an actual tub, costing Rs 500 are part of major missings. The big could be. But we are tempted to tell you where and when the first movie hall ever opened.

It was in Pittsburgh in the US on June 19, 1905. It all started with 96 seats that two men named Harry Davis and John P Harris moved into an empty store. They named it Nickelodeon. A nickel is what one had to pay to gain an entry into the odeon, which means theatre and hence came the name Nickelodeon. If you are from or have been to Delhi, Odeon might seem familiar to you as that theatre at Connaught Place. Odeon is a theatre chain too. 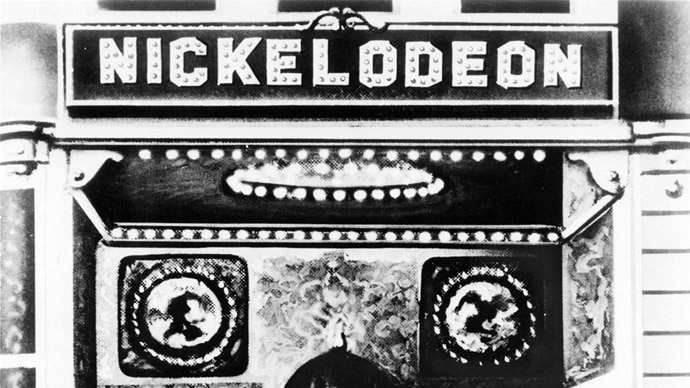 But do you know why a multiplex is called a multiplex? Multiplex, the Word Of The Day, simply means a movie theatre complex with multiple screens within a single complex.

The word multiplex was originally a mathematical term. In Latin, the word meant ‘having a great number of parts’. That was in the 1550s when the word first appeared. It was in the 1970s and 1980s that the word came to be used for a movie theatre with many screens housed in a single building.

In India, to begin with, movies were first screened in tents in 1907. That was six years before Raja Harishchandra, the first Indian movie was released. India’s first multiplex, PVR Anupam, as you know, opened in 1997 with Shah Rukh Khan and Juhi Chawla’s Yes Boss.

Since we are talking films, let us also tell you that the Bengaluru Police today reached actor Vivek Oberoi’s Mumbai residence in the hunt for Vivek’s brother-in-law Aditya Alva. Alva is wanted in the Sandalwood drugs case but has been absconding. What is the Sandalwood case? The case involves drugs allegedly being supplied to singers and actors in the Kannada film industry.

The drug case involving Hindi film industry actors is an offshoot of the Sushant Singh Rajput case. This reminds us that we need to tell you Sushant’s sister Shweta Singh Kirti has been found. She went missing from Twitter and Instagram yesterday. Shweta says she deactivated her account as attempts to hack it were being made.

Shweta has resurfaced but Alva is still missing.

Among the many movies re-releasing today is Sushant’s movie Chhichhore (2019). We recommend the movie, even though we don’t recommend that you watch the movie in a hall because the pandemic is still around. But if you're realllly missing the big-screen experience, go ahead - with adequate precautions, of course. Chhichhore is being re-released in cinema halls.

Guess who took a hit from the pandemic? Home Minister Amit Shah. Yes, he has recovered from the infection but his earnings haven’t. Shah hails from a rich Gujarati family and his equity in the family business has been hit because markets have been hit by the pandemic.

Prime Minister Narendra Modi, however, has come out richer this year than last year. Modi’s net worth as of June 30, 2020, was Rs 2.85 crore, up by about Rs 36 lakh compared to Rs 2.49 crore in 2019. How has that happened? Bank deposits and returns on investments. Probably, in his next Mann Ki Baat, Modi should share his investment advice. He can also secretly give some to Amit Shah.

Now, it doesn’t really matter how much money you make because you are not here forever. Nothing is. Not even the universe. Scientists say the universe will burn all its fuel in 1-2 billion years. What is the fuel driving the universe? Atomic hydrogen.

Billion years will last a full billion years, but this is all the time we have for today.

#Air quality, #Arvind Kejriwal, #Stubble burning, #Delhipollution
The views and opinions expressed in this article are those of the authors and do not necessarily reflect the official policy or position of DailyO.in or the India Today Group. The writers are solely responsible for any claims arising out of the contents of this article.