No, firecrackers alone are not to blame for Delhi’s poisonous air. But we need to eliminate every pollutant we can

Firecracker-manufacturing in India is a little-regulated industry, and there is no saying what chemicals are used in them.

This is not the first year Delhiites are experiencing severe to very severe air pollution around Diwali, but things are worsening with every passing year.

Of course, not all of the poor air quality is attributable to bursting crackers. The burning of paddy straws in Haryana and Punjab and the prevailing wind pattern also play a major role.

Last year around this time, the skies were clear, and the wind speed ensured that in the run-up to Diwali, Delhites were breathing relatively fresher air. But this time, with the wind speed dropping and the Supreme Court guidelines regarding bursting of crackers going out of the window, on November 8, Delhi woke up under a pall of smog. 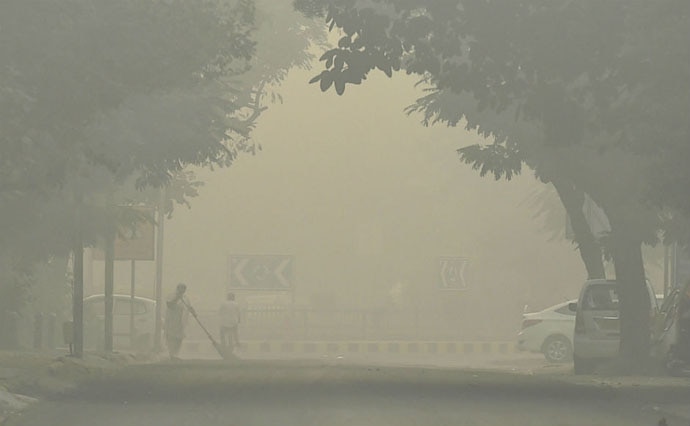 On a bad day, the air we breathe in contains chemicals, smoke and dust particles equivalent to smoking around 20 cigarettes a day. (Photo: PTI/file)

The prognosis of breathing such air is nowhere near good. Children and the elderly suffer the most. On a bad day, the air we breathe in contains chemicals, smoke and dust particles equivalent to smoking around 20 cigarettes a day. The impact of this on a developing body is horrendous. Children’s lung capacity is severely compromised.

The fact that some of the components of this smog are highly carcinogenic lends another dimension to the crisis.

Respiratory health is the biggest victim. Soot, dust, oxides, sulphates and nitrates are a growing health threat for lakhs of people.

A recent WHO study said that more than nine in 10 people on Earth breathe extremely polluted air, and over 80% of urban dwellers endure outdoor pollution that far exceeds health standards.

The verdict for India was more damning. Of the 12 cities with the worst PM2.5 concentration in the air, 11 were in India (Cameron, on the eighth position, was the only non-Indian city). While Delhi’s air seems to get the most attention, it was on the sixth position — Kanpur, Faridabad, Varanasi, Gaya and Patna had worse air than Delhi.

Among the megacities of the world, Delhi topped the charts with an average Air Quality Index of 292.

On an average, Indians are exposed to PM2.5 concentrations between 15 to 40 times higher than the air quality guidelines set forth by the WHO. In Delhi, PM 2.5 levels have regularly reached levels 48-50 times the WHO standards.

Another study ,‘Know what you breathe’, by Centre for Environment and Energy Development (CEED) in collaboration with IIT Delhi stated that poor air quality was a major cause of premature deaths. Annual premature mortality rate linked to air pollution ranged from 150-300 people per 1 lakh population in the 11 cities studied. 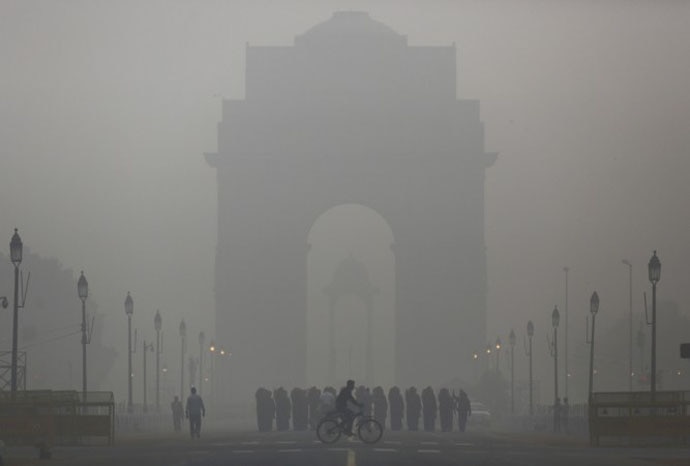 There is no point in blaming firecrackers alone, but as winter sets in and wind speed and temperatures drop, Delhi can do without a thick haze hanging over it. The air quality will remain terrible for weeks, if not months, unless the wind speed picks up or there is some rain.

In our country, firecrackers are either unregulated or poorly regulated. Some are illegally imported from China, and there is absolutely no saying what chemicals are used to make them. The poisonous residue will leave Delhiites wheezing. Club it with dust from construction, fumes from power plants, burning of agricultural waste in neighbouring states and lakhs of vehicles belching smoke, and the capital turns into an almost perpetual landscape of haze and poisonous air.

The state government tried its car rationing formula, but it did not yield much result. Emission standards for vehicles have changed, but enforcement is lax. Tough standards for cars alone is not going to help — norms must cover every sort of vehicle, trucks, buses, two-wheelers, everything.

After the Executive could not make much headway, in the last couple of years, the judiciary stepped in. That too did little to change the situation on the ground.

Not only Delhi, the whole of India needs a policy to deal with pollution, and needs it quickly. The situation is getting worse with every passing year. We simply cannot afford pollution holding our future generations hostage any longer.

#Firecrackers, #Delhi, #Air Pollution, #Diwali
The views and opinions expressed in this article are those of the authors and do not necessarily reflect the official policy or position of DailyO.in or the India Today Group. The writers are solely responsible for any claims arising out of the contents of this article.