Delhi to Noida just got easier, hopefully, with no toll on DND

The Allahabad HC order is applicable with immediate effect.

Those who live in Noida and travel to Delhi or vice versa on a daily basis have now got a reason to celebrate (or at least some respite) - the Allahabad High Court today declared the Delhi-Noida-Delhi (DND) Flyway toll-free.

Justice Arun Tandon and Justice Sunita Agarwal’s order was based on a PIL filed by the Federation of Noida Residents’ Welfare Association (FONRWA) that stated that the Noida Toll Bridge Company Ltd (NTBCL) had already made a return on their initial investment (many times over) and yet continued to exact a toll. The court order, which is applicable with immediate effect, will obviously be a cause for celebration for the dwellers of the National Capital Region (NCR), owing to the fact that it will save them both time and money.

The DND Flyway, which connects Noida to Maharani Bagh and Mayur Vihar in Delhi, is a 9.2km-long, eight-laned expressway. It is owned by NTBCL, and is usually a well-maintained and hassle-free route to travel between Delhi and its suburban neighbour.

However, there are times - mostly during the rush hour and rain (for which Delhi is perpetually underprepared) – when the DND Flyway turns into everyone’s worst nightmare with hours of slow-moving traffic.

The court order comes a day after DND director Monisha Macedo claimed the contract for operating the expressway could be extended for two more years, beyond the stipulated 2031. 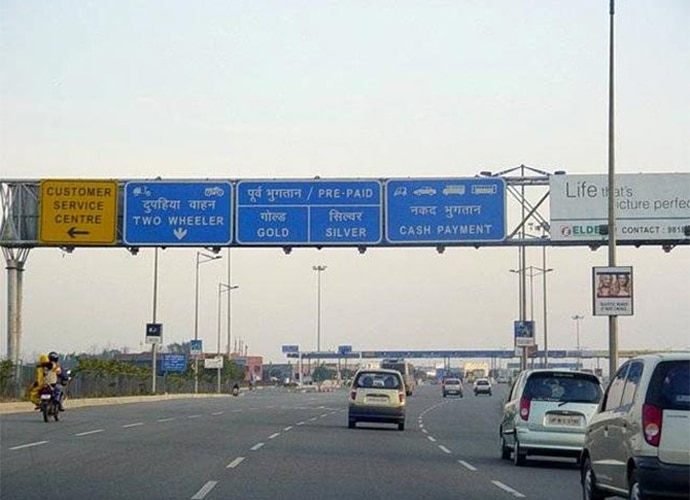 "We are trying to recover not only the cost of construction. Under the concessionaire agreement, apart from the cost, we also have to earn a return. After all, it's a private investment that has happened," Macedo told IANS.

An agreement signed between Noida authority, Infrastructure Finance & Leasing Services (ILFS) and NTBCL on November 12, 1997, gave NTBCL sole charge of the Noida-Delhi expressway and allowed it to fix the toll rate on its own, without prior approval from the Noida administration.

And although the NTBCL was authorised to collect toll for at least 30 years from the day of the commencement of the expressway; a clause was inserted in the agreement that allowed NTBCL to collect toll for an indefinite period should the company not earn sufficient returns on its investment post the stipulated 30 years.

The court said the agreement between NTBCL and Noida permitting the company to collect the toll till April 1, 2031 was arbitrary, and violated the Article 14 of the Constitution of India.

As expected, this news was received with cheer by the citizens of the NCR.

Noida DND is toll free. It means next month I can buy new strings for my bass guitar.

The major obstacle to late-night drives from #Noida to #Delhi and back: Gone! Goodbye, #DND money.

An order from Allahabad High Court makes DND flyway toll-free with IMMEDIATE EFFECT.Such a relief for so many !!

Great news. Allahabad High Court orders DND flyway be made toll-free. They must immediately stop collecting toll unless they get an SC stay

This is good news for Noida, the DND toll has been a fleece. https://t.co/zBrrMeWCsx

But there were a few people who raised concerns about how the decision would affect the company’s stock. NTBCL is a listed company and the loss of revenue is likely to bring down their share prices.

DND Flyway is a listed company. There goes the stock. https://t.co/24IpDgp1hA

Yes the decision is unfair to the the minority shareholders, it blows up India's already dismal reputation of honoring contracts, but... 1/2

But investors must be vary of entering gold-plated contracts by paying bribe to politicians or Bureaucrats, be it 2G, Coalmines or the DND

And amid the joy, and the debate, the common has an important question to deal with.

#DND toll gets free, Finally hassle free travel between Delhi-Noida. But what happens to my card balance 🙄🙄

Regular users of the DND Flyway often get gold or silver memberships that work like smart cards allowing them to not worry about carrying loose change for the toll booth every day. With the toll tax being removed, are those gold and silver members of DND going to be reimbursed for their cards?