It seems we're no longer keeping mum about the H-1B visa restrictions and Washington's newfound protectionism.

It has finally happened. A major company from the IT industry has officially blamed the Trump regime for what could be a difficult period ahead. IT major, Wipro on June 9 listed US President Donald Trump’s policies as a risk factor that could impact its business in the current fiscal. The IT giant cited promotion of “greater restrictions on free trade” among the worrying factors.

In its annual filing with the US Securities and Exchange Commission (SEC), Wipro, which has its headquarters in Bengaluru, blamed protectionist measures employed by the Donald Trump government as a major risk to its profits.

It said, "On 8 November, 2016, Donald J Trump was elected the next president of the United States. As a candidate, President Trump and his administration expressed support for policies impacting existing trade agreements, like North America Free trade agreement (NAFTA), and proposed trade agreements, and promoting greater restrictions on free trade generally and significant increases on tariffs on goods imported into the United States. Changes in US social, political, regulatory and economic conditions or in laws and policies governing foreign trade, manufacturing, development and investment in the territories and countries where we currently operate could adversely affect our business."

Wipro's filing with the SEC is the first real acceptance of fears that the new POTUS is bad for Indian businesses. This public admission by the company also increases fears over the effects of Trump’s “America First” approach as a threat. 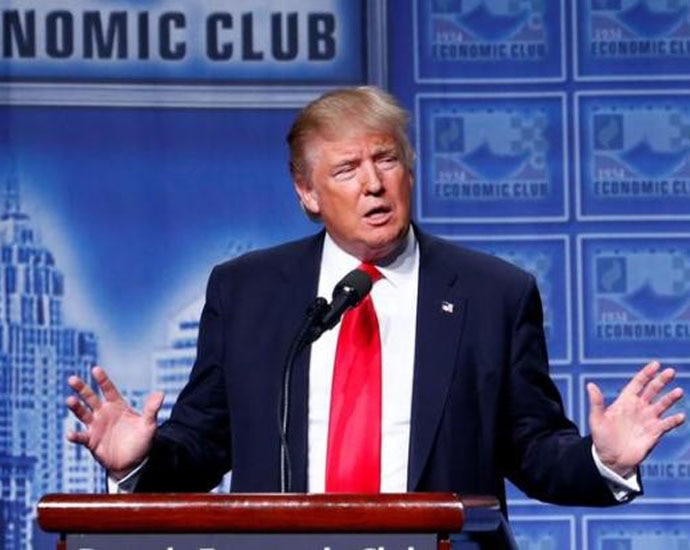 Trump a real concern for Indian IT companies

After being elected as US president, Donald Trump has taken several steps that have raised concerns among the players in the Indian IT sector – the H-1B visa restrictions being the most unpopular.

Trump's move to sign an executive order calling for a review of the H-1B visa programme to push more American workers in the IT industry was not met with much opposition, but analysts claim the move could have serious effects on the profits of Indian firms operating in the United States.

The H-1B visas have for years helped Indian IT companies operating in the US keep costs down by allowing them to bring in Indian techies to the US. Trump tweaking the H-1B programme is expected to increase costs for an industry already under great stress.

However, that is not where their concerns end. Wipro, which reported net revenue of Rs 55 420.9 crore in the fiscal ended March 31, 2017, generates the majority of its money from the United States. As it points out in its SEC filing, the future growth of its business depends greatly on a stable American economy.

Needless to say, Wipro hinting at Trump as the reason for future losses is brave and a pure show of spine.

But if the market's reaction to Trump's initial weeks in the Oval office is anything go by, hopes of a stable economy are unlikely. The IT giant, along with others of its ilk should brace for rough waters ahead. The Trump wave is here to wash them away!