Lessons from one of India’s first feminist freedom fighters

Dr Durgabai Deshmukh went on to become a member of the Constituent Assembly.

On the occasion of the birth anniversary of one of the lesser known (but certainly important) freedom fighters, Dr Durgabai Deshmukh, who championed the cause of feminism in India, it would be apt for us to introspect as a society and assess where we are headed.

A fierce freedom fighter born on the 15th of July, 1909, in Rajahmundry, Andhra Pradesh, she went on to become a member of the Constituent Assembly of India, and was also the founder chairperson of the Central Social Welfare Board.

Married off to her cousin at the tender age of 8, her life seemed like it would tread the path millions of girls endure, even today. She nevertheless had the courage to break off her marriage once she became older and joined the Congress party during the freedom struggle and was known for her organisational capabilities.

At a time when it was still taboo for an older woman to get married, she married then finance minister of India, Chintaman Deshmukh, in 1953.

At every juncture of her life, she resisted social pressure and boldly made her choice. That is the quintessence of feminism, the right for women to make their choices.

Unfortunately, the “F” word, is often misunderstood not only by men, but also some women. Many equate it to mean female domination and speak disparagingly about it. Every time there is a news article that implies that a woman has committed a crime, many comments on social media taunt feminism and the “feminazis” - as those who advocate gender parity are unfairly referred to.

While the first wave of feminism strove for women’s suffrage, among other things, we are yet to see the Women’s Reservation Bill passed, which guarantees that 33 per cent of all seats in the central and state legislatures are reserved for women, even as we have entered the fourth wave of feminism. 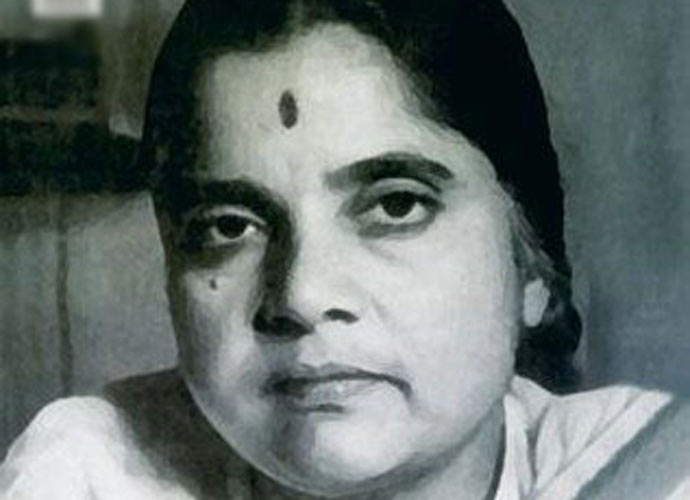 Durgabai Deshmukh was married off to her cousin at the tender age of 8.

Such affirmative action is essential if we are to have gender parity in India, which also happens to be one of the 17 sustainable development goals (SDGs) of the United Nations that India has committed to attaining by the year 2030.

Some scholars believe the year 2008 marks the fourth wave of feminism, which is often associated with the advent of social media. While critics may brush it off as arm chair activism, it must be remembered that if people like Durgabai Deshmukh hadn’t resisted social pressure and ridicule, we could not have progressed over the past 70 years; albeit we have a very long way to go.

Further, what many fail to realise is that the social media is an extension of our minds. And going by the unprintable comments people post about women, it is indeed no surprise that we have so many crimes against women.

Women who make choices of their own are often attacked with such vile comments that it becomes an emotionally unsafe zone for them to enter. Some people work in tandem, to attack anyone who opposes the government or espouses liberal views.

Tragically, some of these abhorrently misogynistic accounts are followed by the Prime Minister himself. Therefore, the rogue elements attack and threaten women with impunity, despite claiming to represent Indian culture!

There are of course many who stand up to these lumpen elements, who are apparently proud of their patriarchy and parochial views. By virtue of defending the right to choose and have an opinion, those who come to the aid of the women being attacked online are feminists too. Both women and men.

The “F” word is not something people, especially men, should be wary of. In simple terms, feminism seeks to ensure women are treated justly and with respect. Anyone who subscribes to such a worldview, which is sans prejudice and discrimination of any sort, is a feminist.

As women continue to strive for gender parity, in all facets of life, asserting their choices, men should join them too and not shy away from describing themselves as feminists.

It is for us as a society to decide whether we want an India that is rational, inclusive and progressive. Or will we want to regress to medieval times, where public discourse is rife with slurs, abuses, rape threats, misogyny…. #ChoiceIsOurs

The world is changing, let’s not leave India behind. Let’s resist misogyny online and in every sphere we witness it. Let’s proudly say #IamAFeminist and take part in the United Nations supported #HeForShe conversations to play our little parts to ensure that the world is more just and sensitive.

Also read: Where have all the feminist men gone?

Post your comment
#Freedom, #Feminism, #Durgabai Deshmukh
The views and opinions expressed in this article are those of the authors and do not necessarily reflect the official policy or position of DailyO.in or the India Today Group. The writers are solely responsible for any claims arising out of the contents of this article.