The ED has seized over Rs 18,000 crore of assets from fugitive billionaires Nirav Modi, Vijay Mallya and Mehul Choksi.

While the fugitive fraudsters might flee the country and settle down somewhere on the other end of the world, remember that our kanoon ke haath are very lambe and will eventually catch up. So that's how the day started for these billionaires. Assets worth Rs 18,170 crore belonging to businessmen Vijay Mallya, Nirav Modi, Mehul Choksi have been seized by the Enforcement Directorate (ED). The fraudster trio: (from the left) Nirav Modi, Vijay Mallya and Mehul Choksi.

Not only have the assets been seized, but a significant share (Rs 9,371.17 crore) has been transferred to the state-run banks to help them recover losses on account of the fraud. The value of the assets seized is about 80 per cent of the total losses incurred by the banks. The total amount defrauded by the reprobate trio is Rs 22,585.83 crore.

In related news, a high court in the UK has rejected Nirav Modi's written submission challenging his extradition to India.

If you want to watch the stories of India’s most infamous fat cats, we suggest you watch Bad Boy Billionaires on Netflix that we had recommended to you earlier.

Now from billionaires who defrauded India, to the man who has attacked India multiple times. We are talking about the Lashkar-e-Taiba (​LeT) founder and UN-designated Pakistani terrorist Hafiz Saeed. There was a major blast today near his house in Pakistan’s Lahore. 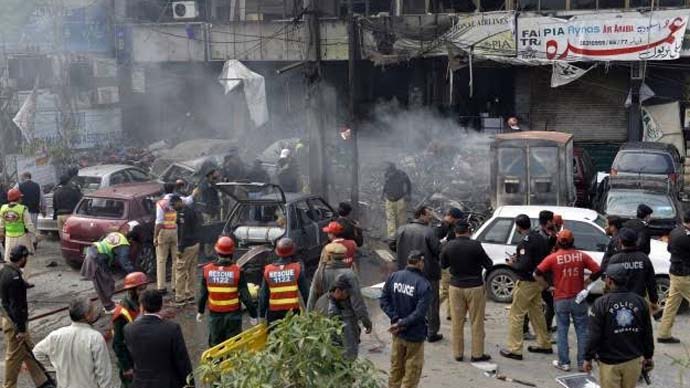 Rescue operations on in the Johar town of Lahore, Pakistan, soon after the blast. (Photo: Twitter/ @Jkhr29)

At least two people were killed and 16 injured in the blast, as per reports. There is no information if Saeed was at the site of the blast, but that seems quite unlikely as he was formally arrested in July 2019 and is in Lahore’s high-security Kot Lakhpat jail, as has been widely publicised by the Pakistani government.

From bomb blasts and deaths, allow us to veer the conversation to the other biggest killer of our times — the Coronavirus.

Now that the government is progressing well on its new vaccine policy, jabs are more accessible than ever before. In some news along those lines, a study by BJ Medical College in Pune has revealed that the measles vaccine (MMR vaccines) may protect children against Covid-19, as it had an effectiveness of 87.5 per cent against the SARS-CoV-2 virus. Of course, more clinical trials are needed to confirm the same.

Meanwhile, we can expect a vaccine for children by September this year, as confirmed by Dr Randeep Guleria, the director of AIIMS, Delhi.

While the virus has been taking its toll, the stress it causes is no less lethal. Take the case of the family in Kurnool in Andhra Pradesh that died by suicide over the fear of having contracted Covid-19. The young family left a suicide note that said that they were stressed after learning about the deaths of their friends and relatives due to Covid-19, and were worried that they might contract the virus too.

The challenge to mental health posed by the pandemic is in no way smaller than the perils to the physical self. The confinement, lockdowns and social distancing have made it immeasurably worse, especially for those who are accustomed to a social and active lifestyle, like Olympic athletes. If you want to get a glimpse into their world, we recommend you watch the HBO Sports documentary — The Weight of Gold — that shows how Covid-19 has exacerbated their mental health issues.

Now, why are we talking specifically about the Olympians today? Because it is International Olympic Day today. It is a day aimed to attract sportspersons, regardless of their age or gender, towards the Olympics. The Word Of The Day, Olympics comes from the Greek word Olumpikos that translates to ‘of the Olympus’ — Mount Olympus was considered to be the home of the ancient Greek gods. As history goes, the earliest Olympic games were held in Olympia, in Greece almost 3,000 years ago. Held every four years, they occupied such an important place in Greek history that in late antiquity, historians measured time by the interval between them — an Olympiad.

As is wont for all things good to come to an end, Emperor Theodosius I, a Christian, called for a ban on all “pagan” festivals in 393 AD, ending the ancient Olympic tradition after nearly 12 centuries. It took another 1,500 years before the Games would rise again.

The first modern Olympics were held in Athens, Greece, in 1896, thanks to the French Baron Pierre de Coubertin, who formed the International Olympic Committee (IOC), the governing body of the modern Olympic Games.

So popular did the games become in the 19th and 20th centuries that even Tarzan participated and shined in the Olympics. We mean, the athlete-actor Johnny Weissmuller, who played Tarzan in 12 movies. While the movie buffs know Weissmuller for his trademark iconic Tarzan-yelling and swinging from trees, the actor was a swimmer much before his appearances on the silver screen. Johnny Weissmuller: The Tarzan who struck gold at the Olympic Games.

Weissmuller bagged three gold medals and the bronze in the 1924 Olympics and went on to bag two more gold medals in the subsequent Olympics. An elite swimmer, and the best of his era, he is known as swimming's first superstar. We do not exaggerate. You can see yourself.

In the current news from the world of sports, the sun is shining bright at Southampton, but the New Zealand bowlers seem to be making life hard for the Indian batsmen in the Reserve Day of the World Test Championship (WTC) Final. You can catch all the action and the drama here.

We wait for the Indian batsmen to bounce back as we say bye for now. We will meet you tomorrow with more.

Also Read: Kabaddi for Olympics - why not?

#International olympics day, #Covid-19, #Fugitive economic offenders, #Enforcementdirectorate
The views and opinions expressed in this article are those of the authors and do not necessarily reflect the official policy or position of DailyO.in or the India Today Group. The writers are solely responsible for any claims arising out of the contents of this article.