Andrew Forrest has launched a lawsuit against Facebook for featuring his face in scam crytocurrency ads. Here is what happened.

Facebook has landed in hot water in Australia for breaching anti-money laundering laws in the country. Andrew 'Twiggy' Forrest, an Australian billionaire and iron ore magnate, is lodging a case against Facebook in the Magistrates Court of Western Australia for failing to remove scam ads featuring his face. The hearing will begin on March 28.

WHAT: Andrew Forrest's face is being used in scam ads promoting cryptocurrency schemes. The lawsuit also specifies that Facebook has been 'criminally reckless' as it has failed to take steps to prevent scam artists from using the platform to defraud Australians. The scam ads have been featuring on Facebook since 2019.

CONTEXT: Back in 2019, Andrew wrote an open letter to Facebook CEO Mark Zuckerberg asking for the removal of these ads and to protect his image but did not hear back. He has also been requesting the company to remove such ads from the social-media platform for the past 3 years.

Andrew launched civil proceedings against Facebook in 2019 in California in the US. The Australian legal action follows that. 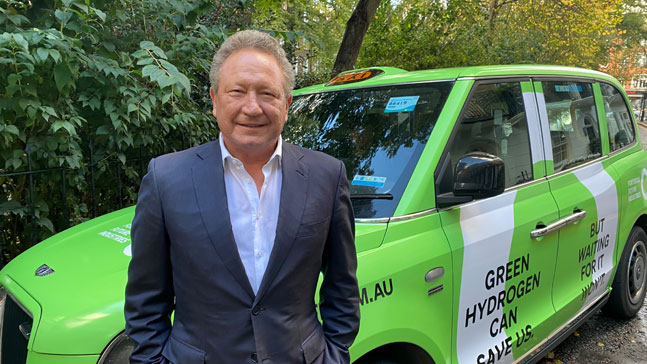 SCAM ADS are essentially fake ads posted by scammers who seem to be genuine sellers on social media pages. These ads can be about any item and focused on any target group. In Andrew's case, users were clicking on the link that was posing to be a cryptocurrency investment scheme. After entering personal details, the user would get a call asking for a small value investement. The investement value would then keep on increasing.

IN THE PAST: This isn't the first time Facebook is facing a lawsuit over scam ads. In January 2019, British consumer finance journalist Martin Lewis's face was featured in about tens of thousands of ads. He came to know of this when a man accused him of stealing 19,000 Pound Sterling from him. At the time, Martin directly responding by saying that he never did ads and any ad featuring him was a lie.

Ultimately, Martin dropped the lawsuit when Facebook agreed to donate 3 million Pound Sterling for the setting up of an anti-scam project with Citizens Advice. The money was also intended to create a one-click reporting tool for British residents. The UK-specific tool was intended for British users to easily and quickly flag ads they believed to be scams.

META TIGHT-LIPPED: Facebook has declined to comment on the lawsuit but has said that the company has always taken a multifaceted approach to prevent the appearance of scam ads. In a statement to Guardian Australia, a spokesperson from Meta said, "We're committed to keeping these people off our platform."

Talking about his intention behind filing the lawsuit, Andrew said, "This action is being taken on behalf of those everyday Australian mums and dads, grans and grandads who work all their lives to gather their savings and to ensure those savings aren't swindled away by scammers."

The Australian government is in support of Andrew's lawsuit as Australian law specifies that a private prosecution for an international firm can only take place if the consent of the country's Attorney-General is present, which Andrew has successfully received.

As per Steven Lewis, principal of Mark O'Brien Legal and representative of Andrew, if Facebook is found guilty, then the social media giant would have to pay a fine of AU $126,000.