DailyOh! Suicide as a form of protest, to the message from AAP to PM Modi

Sant Baba Ram Singh’s suicide at the farmer’s protest reminds one of the 1990 suicide bid of Rajeev Goswami. What exactly happened?

Should one be allowed to go the Gandhian way even if she blocks the way for others? That is the question Supreme Court set out to answer today.

The Supreme Court, which was hearing a slew of petitions that seek directions to the authorities to remove the farmers who are protesting at Delhi’s borders, said farmers have a right to protest.

Even as the court is reviewing the matter, Delhi Chief Minister Arvind Kejriwal tore copies of the three laws, one of which he notified in November. That was his answer to all the questions he was being asked about taking two stands on one issue.

Taking a stand on the protests, the Supreme Court said as long as the protests are non-violent, they can go on, but the protesters cannot blockade a city. The Supreme Court has said farmers have a right to protest. (Photo: PTI)

The court has not said that the protests should move somewhere else. The court might say that if and when farm leaders join the Supreme Court-mediated talk between farmers, government and other stakeholders that the court itself proposed. Until then, the court suggested the Centre should consider putting the controversial farm laws on hold.

That may or may not happen but what happened yesterday during the protests was rather unfortunate. Religious preacher Sant Baba Ram Singh died by suicide over ‘the plight of farmers’ at the Singhu border. Singh left the details of why he was taking the extreme step in a suicide note before he left the world. 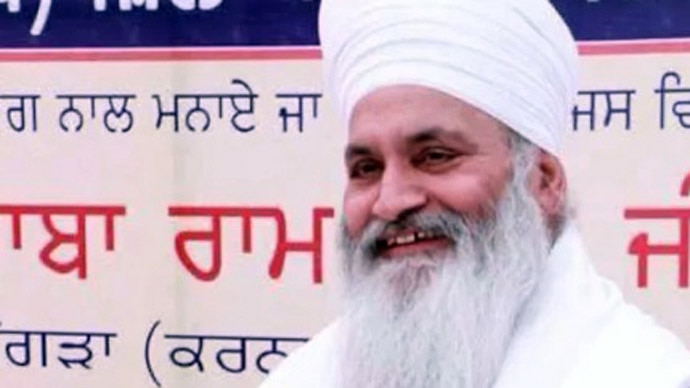 Many years ago, a protester lived to tell the tale of his suicide bid, which was part of the protests. To know that story, let’s time travel a distance of 30 years to 1990. The anti-Mandal agitation was on. After a nine-day hunger strike, students seeking a withdrawal of OBC reservations planned self-immolations to force the government to act on their demands. The plan was to be executed on September 19, 1990. Rajeev Goswami, a 20-year-old third-year Arts student who would go on to become the face of that protest, had a worried mother. On September 18, Rajeev spoke to his mother and told her: "Hum sirf tamasha karne ja rahe hai." 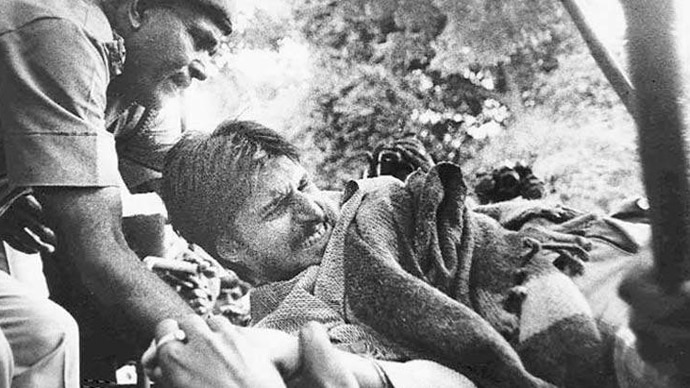 But the ‘tamasha’ next day went out of control when Rajeev, who came only with his legs doused in kerosene, suddenly poured kerosene all over his body. When he lit the matchstick he was right at the back of the crowd. The friends who were supposed to douse the fire, as per plan, were not around. But Rajeev survived. He eventually died in 2004 of jaundice.

We are in 2020 now – time-travel wise. So in some other news from 2020, the Aam Aadmi Party (AAP) has asked people to not be like ‘Modi ji’. AAP gave the lesson to people because Prime Minister Narendra Modi was seen at a haat in Gujarat without a mask. Modi even inspected a mask but then chose to maintain do gaj ki doori from the mask.

Wear a mask. Don't be like Modi ji. pic.twitter.com/lPxdTEdZiI

Can there be anything more hurtful than someone giving you back your own lesson? Yes, the coronavirus. So, take the lesson back and put the mask on.

If you are one of those who see the world from behind glasses, we feel you. Wearing the mask and glasses at the same time is no child’s play. Perhaps, Modi chose to go mask-less for that reason. This ain’t no clarification for Modi’s mask-less appearance but a bid to convey to those who try to balance the mask in a way their glasses do not fog – you are not alone.

There needs to be more research on how masks do not come in way of the glasses but research into the mysterious illnesses in Andhra Pradesh Eluru’s has revealed that the residues of pesticides was the culprit people are looking for. Chief Minister YS Jaganmohan Reddy has ordered the agriculture department to ensure harmful pesticides be withdrawn. Lead and nickel were found in blood samples of those who were tested in Eluru. AIIMS has suggested long-term research be conducted to find out how these substances got to people in Eluru and then what they did to the people.

What Prithvi Shaw did on the field during the India-Australia Test Match today once again pinned the blame on the poor duck that didn’t even know a game was being played. Shaw was bowled out by Mitchell Starc on the second ball of the game. 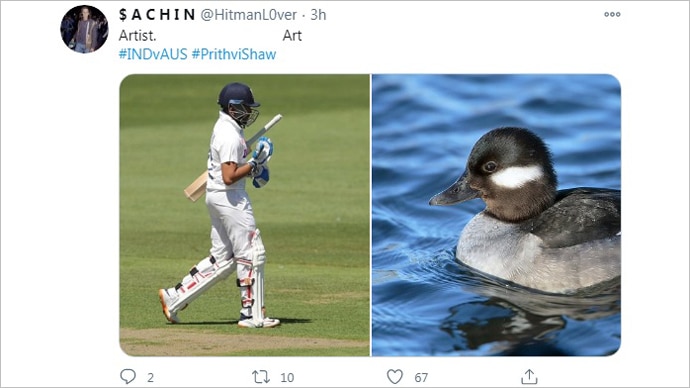 Ever wondered why the duck comes into picture when someone gets out without scoring any run? Duck out, as you know, is to leave suddenly and usually without telling anyone. Duck, the Word Of The Day, comes from Old English word duce, which means ‘diver’. Ducan, on the other hand, means ‘to duck, bend down low as if to get under something, or dive’. That is because of the way many species in the dabbling duck group feed by upending, as in when you can see their rear body raise and the front one submerged in water.

The term came to cricket in July 1866, when the Prince of Wales got out without scoring anything. A newspaper carried a piece stating that “the prince had retired to the royal pavilion on a duck’s egg”, basically saying the prince scored an anda. And since then, the duck formed an association with cricket that the duck wouldn’t have wanted if it was asked for its opinion.

Five West Bengal Trinamool Congress leaders ended their association with the Mamata Banerjee-led party a day after party MLA Suvendu Adhikari quit as party MLA and on the day he quit the party.

Meanwhile, Banerjee has declared she won’t allow proxy control of Bengal after BJP-led Centre asked three IPS officers to return from Bengal duty. The Centre had asked the three to report to the Ministry of Home Affairs after a convoy of BJP president JP Nadda had come under attack earlier this month. Banerjee has called this an attack on Bengal’s federal character.

It’s all fury and fire in Bengal ahead of the elections in a year that will see three more elections – Kerala, Tamil Nadu and Assam. Trust the political heat to rise and temperatures in North India to plummet.

Saif Ali Khan’s Tandav couldn’t have found a better time for release since the series’s teaser looks like it is all about politics. The nine-part series will premiere on January 15 on Amazon.

Not interested in political conundrum? Find your solace in music. We recommend Avial.

That will be all for today. See you again tomorrow.

#Prithvi shaw, #Rajeev goswami, #Narendra Modi, #Farmersprotest
The views and opinions expressed in this article are those of the authors and do not necessarily reflect the official policy or position of DailyO.in or the India Today Group. The writers are solely responsible for any claims arising out of the contents of this article.