Bhupinder Singh Mann has said he is giving up his position on the SC panel to protect the interests of Punjab and farmers of the country.

The Supreme Court over the last two days asserted ‘our panel is our panel, it is none of your panel’. So today, Bhupinder Singh Mann has rejected his place on the panel because it was a panel the farmers had rejected. In an unsigned statement put out by Bharatiya Kisan Union, Mann said, “As a farmer myself and a union leader, in view of the prevailing sentiments and apprehensions among the farm unions and the public in general, I am ready to sacrifice any position offered or given to me so as to not compromise the interests of Punjab and farmers of the country.” 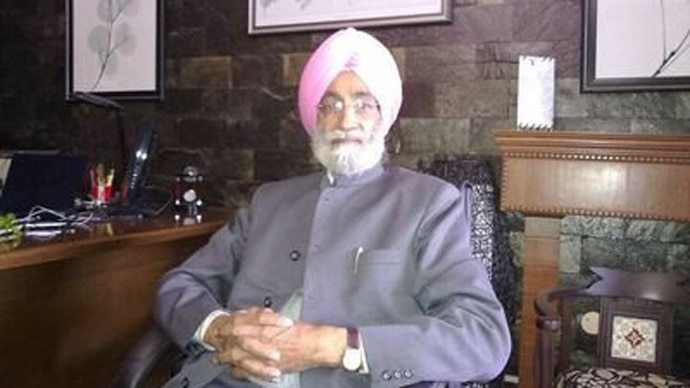 That leaves the panel with three members. A panel can have just one member and still be called a panel, the point is it loses credibility apart from increasing the workload on the lone member of the panel. What if that person leaves the panel, fearing the workload? Then there will be no panel, just like there are no farm laws for now. What was passed by Parliament and ratified by the President, is on hold. But celebrations across India are on because mid-January every year is a time for festivals. 2021 is not different in that sense.

In all other senses 2021 is not 2020. It is also not 2011 when the Congress-led UPA government banned Jallikattu. In 2021, former Congress president Rahul Gandhi, who could be future Congress president too, participated in Jallikattu celebrations. Gandhi didn’t take the bull by the horn but sat and saw others take on the bull and the bull take on others, in Madurai. He said he was happy to see that both the bull and the ‘others’ were safe. How many seats will Rahul’s Jallikattu presence wins in Tamil Nadu this year will only be known when the votes are cast and counted. For now, even the elections dates haven’t been announced so we will not talk elections but festivals and celebrations. Jallikattu, you may already know, is played on the third day of Pongal celebrations. Today also happens to be the first and last day of Makar Sankranti celebrations. Now, you know these are harvest festivals and mark the start of the sun’s journey to the northern hemisphere. But each festival has a legend attached to it. In fact, each festival has multiple legends.

Let us tell you the legend about Makar Sankranti today. But before that, let us remind you that each festival also has a main dish linked to it apart from several side dishes. Chakkarapongal is that main dish for Pongal. From the main dish of Pongal to the main legend of Makar Sankranti then.

So, the belief is that the Gods arise from a slumber of six months on the day of Uttarayan, when sun moves to uttar (north). And Gods who have had a peaceful six-month sleep wake up so happy and contended they grant salvation to people who die on the day they wake up. Full azadi from the cycle of waking and sleeping. This belief has a Mahabharat connection too. It is believed Bheeshm lay on the bed of arrows created by Arjun because he wanted to die only on Uttarayan and attain azadi, in his case salvation. It is said he waited 58 days in pain and discomfort to die on a day of his choosing. And when he died, the day came to be marked as Makar Sankranti.

Makar is the zodiac Capricorn, but what is Sankranti? Sankranti, the Word Of The Day, comes from Sanskrit word samkranti and means transmigration of the Sun from one constellation of the zodiac in Indian astronomy to the next. So, there are as many Sankrantis as there are zodiacs - 12. We are celebrating Makar Sankranti today and do so usually on January 14 every year.

Sometimes, we celebrate it on January 15 also.

On January 16, we will have reason to celebrate again because the vaccination will finally begin and 3,00,000 health workers will get their first jabs at 2,934 sites across India. The Union Health Ministry has told the Centre to not organise ‘unreasonable’ number of vaccination sites. The number can increase as the drive progresses, states have reportedly been told. The vaccination drive in India will take off on January 16. (Photo: Reuters)

You will remember January 16, but this does not mean you forget Polio Ravivar will be on January 31.

For now, health workers will vaccinate health workers at a reasonable number of sites. Meanwhile, CBI is raiding CBI officers at several locations across India. What the raid is trying to unearth is money given and taken as bribes in a bank fraud case. What bank, which fraud? The CBI is tight-lipped because it is reportedly embarrassed. CBI officers unearthing a fraud turned the investigation into a paid fraud. This is worse than frauds defrauding people posing as CBI officers and CBI running helter-skelter but not being able to catch them. Reminds you of Special 26? Us too.

Donald Trump in the US, meanwhile, has become a special case. He has become the only US President to endure two impeachments. Trump has condemned the violence that he stands accused of inciting and hailing. But his condemnation can’t make Americans climb down Capitol Hill walls they scaled to unleash violence and the five dead can’t walk alive again. So, America wants to ensure Trump can never be President again. It has no way of ensuring there won’t be any more Trumps though. So, the US can punish Trump for his mistake and yet not be able to find a way to ensure it doesn’t repeat its mistakes. India wants the World Health Organization (WHO) to correct its blunder.

After getting the coronavirus pandemic prediction all wrong, WHO got the India map wrong, showing parts of Ladakh as Chinese territory and Pakistan Occupied Kashmir (POK) with dotted lines. Dotted lines are used to show a certain territory as disputed. India has told WHO to fix the wrong. This is the third time India has told WHO to fix it. WHO has plenty to fix at hand and so maybe taking its time. A WHO team is currently in Wuhan trying to understand the origin of the pandemic that locked us all in.

Also Read: How depression affected my perception of love

#Donald Trump, #Makar Sankranti, #Bhupinder singh mann, #Farmlaws
The views and opinions expressed in this article are those of the authors and do not necessarily reflect the official policy or position of DailyO.in or the India Today Group. The writers are solely responsible for any claims arising out of the contents of this article.