Pakistan PM's daughter has allegedly forged documents linked to Panama Papers using the Calibri font before it was publicly released.

It’s a heady mix of technology, corruption and political entitlement in the Pakistani context. Under scanner for the revelations in the Panama Papers story, Maryam Nawaz Sharif, daughter and political heir to Pakistan’s Prime Minister Nawaz Sharif, is in the eye of a storm created by a Microsoft Word typeface used in a document a good year before it’s time.

We are talking about the ubiquitous Calibri font, that is at the heart of this brand new scandal involving the powerful Sharif family.

In papers submitted to the Panama Papers Joint Investigation Team (JIT) by Maryam Nawaz Sharif, papers that “prove” her ownership of certain high-end properties in London (but actually bought via shell companies based in the UK), the font Calibri has been used. 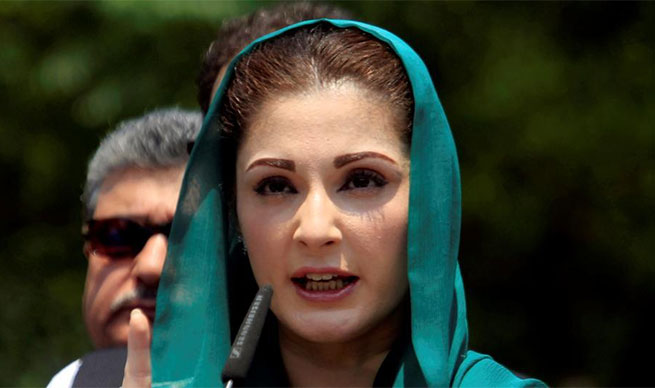 Now according to tech experts and even Wikipedia before it was repeatedly edited by Maryam’s supporters and paid online army, the Calibri font was released for public use only on January 30, 2007. However, the documents submitted by Maryam are dated 2006.

This discrepancy is basically at the vortex of the scandal taking Pakistan by storm and being relished world over. It’s being affectionately termed #FontGate.

Microsoft’s Calibri font has been used to type out a number of certified papers naming Maryam Nawaz Sharif as a trustee of several high-end flats in central London, according to Al Jazeera.

These documents were, of course, belatedly typed and are meant to prove Maryam’s true ownership, and to bypass the now out-in-the-open truth that the PM’s daughter and the political heir-apparent of her party, the Pakistan Muslim League (Nawaz) PML-N, had in fact used offshore shell companies to dodge taxes, as well as to hide their family wealth.

The disparity is obvious because the declared assets of the Sharif family pale in the face of what their true worth is, as per the revelations of the Panama Papers investigations.

However, the JIT based its conclusions on an assessment by London’s Radley Forensic Document Laboratory, according to Al Jazeera.

Moreover, Wikipedia has suspended further editing of the Calibri page on its website “until after July 18, 2017, or until editing disputes have been resolved”, according to The Guardian.

Of course, the Sharif family has trashed the allegations, saying it’s a conspiracy and “full of flaws”, while the Opposition, particularly Imran Khan of Pakistan Tehreek-e-Insaf, has pounced on the matter.

NS should stop his futile attempts to get foreign govts to bail him out. We have waited 30 years to get justice.

NS is willing to betray nation & malign his late father & children just to remain in power despite all loss of moral & legitimate authority https://t.co/wTno5cMdVn

Others on Pakistani social media have found the matter to be way too funny to be exempted from a serious bout of Twitter humour.

Much hinges on the course the investigation is going to take now, in the wake of #FontGate. While the Pakistan Supreme Court directed the JIT to carry out the probe, so far Sharif has escaped being completely pinned down and has been allowed to continue as prime minister.

The Panama Papers leak, which was a coordinated effort to bring to fore the handiwork of a legal financial company called Mossack Fonseca, that was used to siphon off money or buy illegal properties in various parts of the world, by the international political who's who, also pointed towards alleged criminalities and corruption by the Sharif family.

If convicted, Sharif may lose his prime ministership and also face jail time, along with daughter Maryam.

Also read: Why the ghost of the Panama Papers leak will continue to haunt Nawaz Sharif