What if George RR Martin himself is making secret Reddit accounts to post them and mess with our heads?

While we are waiting for yet another explosive (hopefully better than the previous) season of Game of Thrones, it’s time to take a look at the popular fan theories that are spreading faster than the common cold, on the internet.

Since the beginning of the show, fan theories have been a major part of the whole experience. The number of things that the showmakers leave as cliff-hangers (or completely unexplained) at the end of each season, apart from being downright infuriating, creates a vacuum of information. Thanks to an infinite number of bored and creative minds on the internet, some spectacular fan theories have come to life.

In fact, some of these fan theories are so damn intelligent and logical, you are left wondering if it is George RR Martin himself making secret Reddit accounts to post them and mess with our heads further.

As the penultimate season of this epic saga approaches us, let us look at five of the most mind-warped theories, which will definitely keep you up at nights!

1) Tyrion is a Targaryen

A theory as old as L + R = J, Tyrion possibly being a Targaryen is something even the sixth season gave a nod to. If memory serves, a pivotal scene in the last season showed one of the dragons and Tyrion bond (well if you can call it that). This is quite possibly the series giving a nod to this popular internet theory.

The theory has a lot more validity than that measly scene, though. The gist of the theory is that the mad King Aerys Targaryen had an affair with Tywin Lannister's wife, Joanna (Tyrion’s mother). And with Tywin saying “you're no son of mine” just before Tyrion kills him (which could also just be part of Tywin's constant rejection of his son for being a dwarf and the cause of his mother’s death), it is officially more than intriguing now.

Additionally, Tyrion’s appearance provides some hints towards this premise. Besides taming dragons and having high tolerance to heat, a defining characteristic feature of Targaryens is their silver hair and purple eyes. In the books, Tyrion’s hair colour is described as pale blond, that’s almost white (instead of the dirty blonde as portrayed on the show). His eyes are also supposed to be mismatched: one green and the other black (again, according to the books only). It is an appearance that contrasts way too much with his other siblings.

2) Jon Snow is Azor Ahai, or the Warrior of Light

Jon Snow, apart from being the only character to resurrect, and quite possibly another Targaryen, may as well be the Warrior of the Light. Azor Ahai was a legendary hero who wielded a burning sword called Lightbringer, according to tales from Asshai and followers of R'hllor.

According to the Red Priestess Melisandre’s prophecy, Azor Ahai will have the blood of the dragon and will be reborn in smoke and salt (in the books, Jon's wounds are said to smoke while his brothers from the Night’s Watch cried salty tears all over his corpse). Also, whenever Melisandre has looked into the fires for Azor, she has been met with visions of Snow, which is a little more than just a coincidence.

Talking about lore, Azor Ahai sacrificed his wife Nissa Nissa’s life to create the famous sword, Lightbringer. He drove his sword into her breast; her soul combining with the steel gave birth to both the sword and the legend. Jon Snow picked his duty towards the Night's Watch over his love for Ygritte, which may well be another nod to the legend of Azor Ahai.

3) Cersei becomes the Mad Queen, and Jamie will slay her

The end of season six saw Cersei Lannister go all Mad King on everyone that had some part to play in making her miserable. She burnt all her enemies down to cinders with barrels of wildfire, and in one amazing move, executed the most merciless coup in the history of Westeros. But is that where her similarities with the possibly paranoid schizophrenic Mad King Aerys Targaryen end?

It is no secret the Cersei is both ruthless and power-hungry. But she is also alone, vindictive and sitting on the Iron Throne. These are all traits she shares with the Mad King. But if she is the shadow of the great Targaryen ruler, will she also meet the same fate? There is another bit to this theory. In the books, there was a character called Maggy the Frog. Maggy had come to Lannisport as a young woman. As a girl, Cersei Lannister sought out Maggy after hearing rumours about her magical powers of predicting the future. According to Maggy the Frog’s prediction, all of Cersei’s children will die - something which has finally come true.

But that wasn’t all. Maggy told her, “And when your tears have drowned you, the valonqar (little brother) shall wrap his hands about your pale white throat and choke the life from you.” While that can certainly refer to Tyrion, someone who she has never gotten along with; it may also point towards Jamie, who is also known as the Kingslayer, for killing the Mad King.

Given the state of things, Jamie Lannister is clearly not happy with the direction the kingdom and his family are taking. And even though he loves his sister, the loss of their children and his sister’s ruthlessness might make him change his heart.

4) Bran is actually Bran the Builder

This is another theory that is almost as old as the show. Apart from the same name and being a clear descendent (Bran was named after Bran the Builder by Ned Stark), there are a few other thing that one can consider.

For the uninitiated, Bran the Builder was the man who created Winterfell and raised The Wall over 8,000 years, way before Westeros existed as we know it. But how’s this Bran and that old Bran the same person? Time travel. As you already know, thanks to the whole Hodor incident, time travel is a legitimate thing in the universe of Game of Thrones (as if things were not complicated enough). We now know that Bran can exist in both the past and the present at the same time. What more, he can influence the past, and that shapes the present.

As Bran is aware of the White Walkers in the present day, may be he took it as his responsibility to travel into the past and raise The Wall to keep them out. Seems a little far-fetched? Well, if you’d heard of the Hodor theory before you had seen the episode, you’d call that far-fetched as well.

5) Game of Thrones is a story being told by Sam

Of all the theories, this one is the best.

When Samwell Tarly goes to begin training as a maester of the Citadel in Oldtown, what he does not notice - though perhaps many of the fans did -  was the massive gyroscope hanging inside the Citadel — the spitting image of the gyroscope at the heart of the Game of Thrones opening credits. But what could this mean? 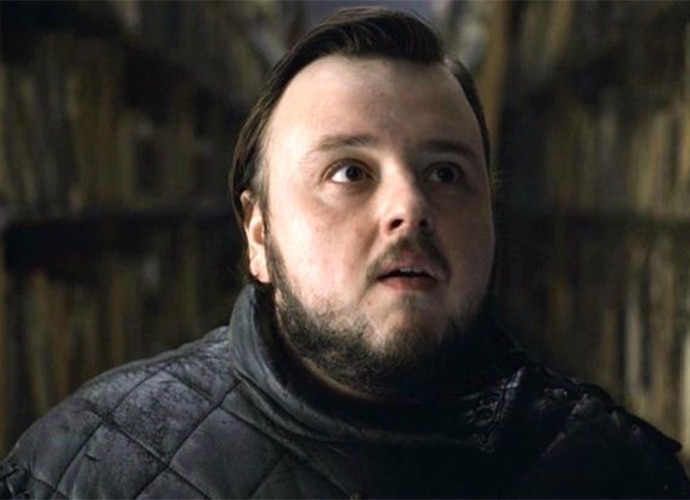 John Bradley the actor who’s played Samwell Tarly in Game of Thrones said in an interview, “I think it could mean any number of things. One theory is that what we’re seeing now and how we’re experiencing Game of Thrones is Sam telling the story of Game of Thrones”.

“If you take the logic of the story now, the story of Westeros and the story of the battle for the Iron Throne, it would be a book in that library. The visual motif of that is you’re about to be told a story — the sense of an idea of being told a story, and people gaining that knowledge, the way Sam is absorbing knowledge in the library, “he added.

And while this may seem like wishful thinking on Sam’s part, it does clear up quite a few things: mainly the story’s genuine bias towards Jon Snow, Sam’s best friend. But it also implies something pretty grim.

Who exactly is Sam narrating this epic tale to? A group of survivors post the White Walker holocaust and winter, or just to a classroom in Old Town years after a happy ending?