Why is 14 years of jail for killing cow and 2 years for death due to rash driving okay?

Is this sabka saath, sabka vikas?

Content warning: The article contains graphic details which some readers might find disturbing. May not be suitable for right-wing alt-truth seekers. Parental guidance (from Nagpur) advised.

Let's take you on a tour of the smelly "automated abattoirs" manned by gau rakshaks.

The makeshift slaughterhouses that have recently come up on the streets of India are pretty unique in terms of the speed of production. We have abattoirs that can process human meat in a matter of minutes. Of course, the groundwork has been laid for decades.

First spread a rumour about the man in a skull cap transporting cows or "carrying beef". Next, waylay him when he steps out of his home or don't even wait for that. Barge inside his house, catch hold of him, line him up with a few of his "accomplices" and throw them amid the blood-thirsty gau rakshaks. They will beat, kick and stab the life out of the "cow killers" while a few of them will film the whole slaughter "for training and quality purposes".

Concluding scene: Cops will arrive, the meat seized from the "cow killers" (now lynched) will be sent to a forensic lab and an FIR will be filed against the deceased (there are hardly any news reports which talk about the bodies of the lynched men being sent for a post-mortem).

The gau rakshaks smell their blood-smeared hands, wipe the red marks off and walk away with pride. On rare occasions to police stations, only to be compared with Bhagat Singh and Chandrasekhar Azad. The press and the grand jury on social media will debate the "demand versus supply" of skull-cap wearing human meat in the emerging Modi-fied economy.

The above description may sound like a work of gory fiction to those who have not lived in India post-2014. They may well dismiss it as exaggeration by drawing-room liberals who don't understand the value of a cow's life.

But even the much-pleading Modi government and the police have found it impossible to control the anger of gau rakshaks. For now, we have settled for this alt-truth - the death of a cow demands the life of a Muslim man in India.

Strangely, human life is not as sacred. The killing of human beings, whether accidental or pre-planned, doesn't seem to bother the people of this country or the government.

A Delhi court has observed that in our country, "cow killers" are dealt with stricter laws than unruly drivers.

This court observation came while sentencing the son of a Haryana-based industrialist to two years in jail for killing a motorcyclist with his speeding BMW car in 2008.

The court of additional sessions judge Sanjeev Kumar sentenced Utsav Bhasin to two years of rigorous imprisonment (RI). According to this report, in the sentence, the judge mentioned that a copy of the "order be sent to Prime Minister Narendra Modi, so that he could take note of the inadequate punishment for the offence".

"Sentence for killing a cow is five or seven or 14 years in different states, but in case of death of a human caused by rash or negligent driving, the sentence prescribed in law is only two years," the additional sessions judge said. 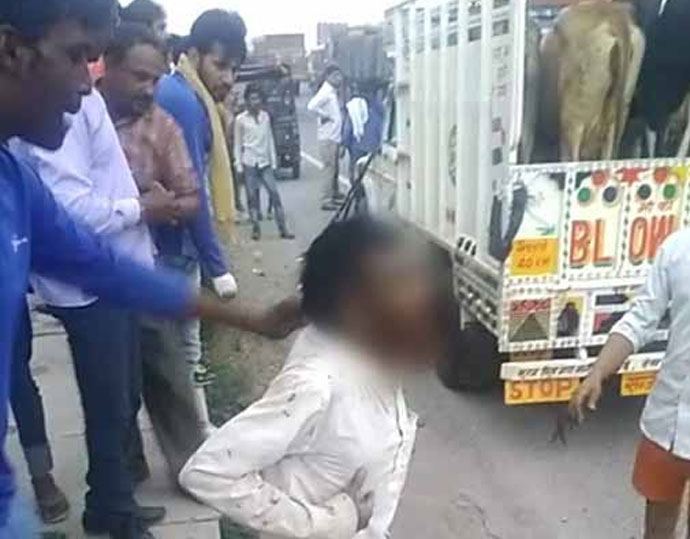 The rash drivers strangely find a lot of support in fellow citizens who easily seethe at the 'imagined' death of a cow.

According to another report, the judgment also said "PM Modi's goal for 'sabka saath sabka vikas' can only be achieved when people do not die in accidents".

"Every minute one accident takes place and every four minutes one person dies in road accidents. Human life is precious. Road users have a fundamental right to life and liberty. It is the duty of the state to ensure safety on roads of the people," the judge was quoted as saying.

The additional sessions judge's observation is yet another reminder of the grim reality of India that we have chosen to ignore blissfully. While both imagined or actual death of a cow triggers a chain of violence, numerous deaths of people caused by reckless drivers have never witnessed such urgency for justice.

On the contrary, these rash drivers strangely find a lot of support in fellow citizens who easily seethe at the death of a cow. The lives of the commoners don't matter as long as it's a rich brat crushing the poor under his/her wheels.

Indians can readily forgive a rich man's son or a film star for killing a poor man or injuring others sleeping on the pavement and yet make them Rs 1,000-crore box-office wonders. But ask them to spare the lives of cow killers and they will probably take your life.

It's time India settles this question once and for all — is it the bovine life that matters more than humans?. If so nothing should stop the government from declaring humans (especially the beef-eating, skull cap-wearing ones) in the list of the endangered.

Also read: How to get away with murder in India? Blame a man for eating beef

#Hit and Run case, #Modi, #Gau Rakshaks
The views and opinions expressed in this article are those of the authors and do not necessarily reflect the official policy or position of DailyO.in or the India Today Group. The writers are solely responsible for any claims arising out of the contents of this article.