Gurgaon is flooded with water and Twitter with #Gurugram jokes

Haryana CM Manohar Lal Khattar's mission is complete - the millenium city is back to its Vedic roots.

BJP spokesperson Jawahar Yadav backed the Haryana CM's claims saying a large chunk of water goes out from Gurgaon through the Najafgarh drain which flows through Delhi. And hence, Kejriwal is to be blamed!

Free advice for Khattar: If you don't want your city to be flooded, manage it better rather than passing the buck.

While his citizens were trying to swim their way home, Khattar was holding a Twitter QnA session. 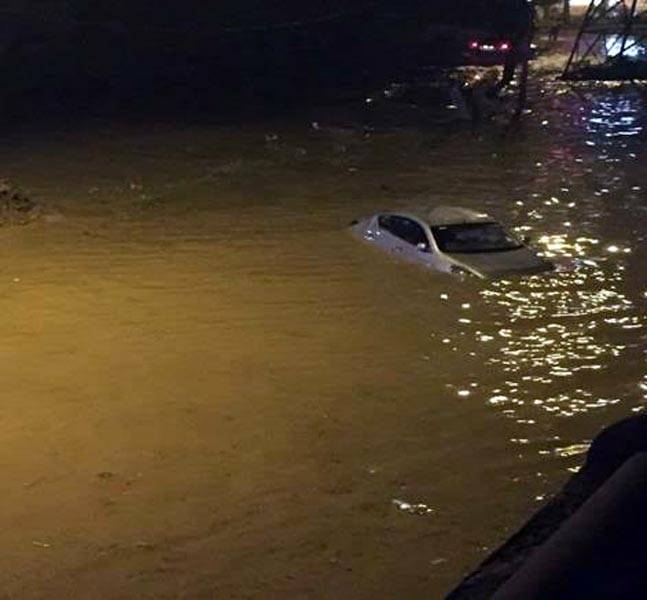 People reached home five-six hours later than usual after a 12-hour jam brought the city to a halt. As a result, schools have been closed for two days and Gurgaon Police has actually asked people from Delhi not to enter the city.

Many people - both online and offline - wished the BJP government focused more on improving the city's infrastructure rather than changing its name.

Also read- Signboard of Hindutva: Why Gurgaon was renamed Gurugram

That has worked though as Gurgaon is now truly a tribute to the "Gurugram" of yesteryear.

As always, Twitter is the go-to place for irate citizens to vent out their anger. And angry they are!

A lot of them were in rare form with plenty of snark to throw at the BJP government.

Here are the best ones:

A hectic session of monsoon. Totally jammed. No work today.No no, not #Gurugram. I'm talking about parliament.

For the love of cows, Haryana Government making a perfect place for cows to chill this summer.... #Gurugram #traffic https://t.co/8IZfHuDlIi

Choosing to drive in Gurgaon right now be like. pic.twitter.com/rUR3n4ShWL

In other states of India, they call it horrible traffic jam. In Gurgaon oh sorry #gurugram, we call it life #gurgaonrains

The situation got pretty bad and angry citizens started tweeting to Khattar, trying to hold him accountable for the lack of "Acche din" in the city:

@mlkhattar we can constitute a team and helpline to save cows. How about the humans stuck here in Gurugram. #gurgaonrains #gurgaontraffic

Cc @mlkhattar sir you are in power for almost 2 yrs now ,but Gurgaon is same in rainy seasons https://t.co/osagjfnou7