Indian IT firms such as TCS, Cognizant, Mphasis will be affected in the US, with even Australia overturning the 457 visa scheme.

What was being feared is now coming true. US president Donald Trump’s “Buy American, Hire American” campaign promise is being implemented as the POTUS takes aim at India’s burgeoning information technology sector that specialises in outsourced client servicing for the world at large.

Trump is set to issue an executive order for a review of the H1B visa programme to favour more highly skilled and highly paid applicants, in his bid to overhaul the tendency among tech companies, particularly those in the Silicon Valley, to have foreign workers, especially Indians and Chinese, to do the work at considerably lower cost as compared to hiring Americans for the same job.

Indian tech companies, such as Tata Consultancy Services Ltd (TCS), Cognizant Technology Solutions Corp and Mphasis Corp are examples of companies that are likely have their expansive visa applications curtailed with fewer applications getting through the imminent rigorous and gruelling visa programme. 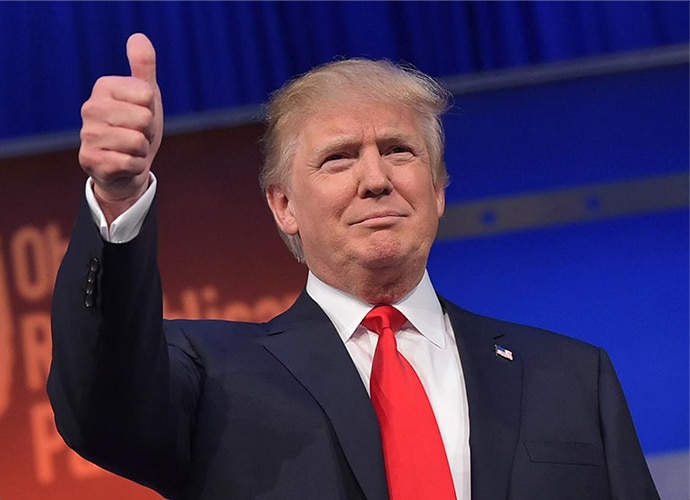 Already, we had the US Citizenship and Immigration Services (USCIS) issuing a diktat that the entry-level computer programmer would not be eligible for the H-1B visa, which is a “speciality occupation” needing highly qualified applicants for top pay-scale jobs.

Early on this month, the ruling came right in time when the April 1 window opened to invite a fresh batch of H1B applications, and Indian techies with dreams of the Golden Gate and America in their eyes lined up outside the US embassy offices in the country.

But the new ruling from USCIS would supersede and rescind the previous USCIS guidelines — issued in December 2000 — imposing stringent curbs on H1B visa’s eligibility criterion.

Now, Trump is taking it to a brand new level of regulatory curbs, and the review of the order might have severe implications for the big block of Indians either on H1B visa, or desirous of it, working in various capacities in Silicon Valley MNCs.

According to Recode, a US-based tech website, “In a forthcoming executive order, Trump will commission the Department of Homeland Security, which issues the popular H1B visa, to review the way they are rewarded. The agency is also instructed to suggest reforms so that visas only land in the hands of the highly paid, specially skilled applicants, and not foreign workers who might be paid less than their US counterparts.”

Even though many in Trump administration, in particular the US Attorney General Jeff Sessions, have long believed that the immigration process in the US is skewed and must be tightly controlled, this rightwing and protectionist idea is hardly supported by the Silicon Valley, which is largely founded and run by first or second generation immigrants and their descendants.

Already, a significant drop in the number of H1B visa applications has been noted by the Wall Street Journal, which said: "A total of 199,000 applications were received in five days for just 85,000 visas for fiscal year that begins October 1, the fifth year running that the cap was exceeded in a week or less and a sign that demand still badly outstrips supply. As a result, US Citizenship and Immigration Services again distributed the visas by lottery. But the number was down from 236,000 applications, known as petitions, the previous year. The number had been rising every year since 2013, when it took 73 days to receive 85,000 applications. It is definitely a stark drop after years of an upward trend,’ said Leon Rodriguez, who was the director of USCIS during the Obama administration.” 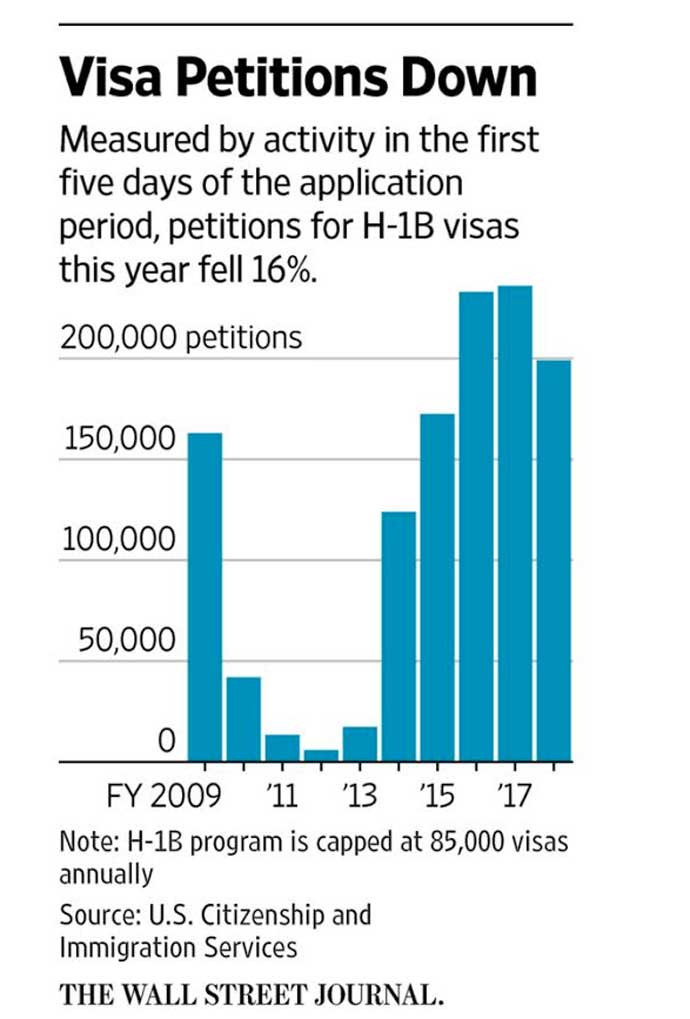 Trump’s crackdown on H1B is therefore also an attempt to bring Silicon Valley and its enormous influence on the cultural imaginary of the United States under control, because it seems to have fashioned a seemingly borderless world of professionals, technology, connectivity and communication across countries and continents.

The Trump administration is both anti-globalisation and protectionist, feeding into the ultra-nationalist white Christian paranoia of the “America First” kind, with racism and xenophobia as its premise.

According to Recode: “The Justice Department, meanwhile, issued a stern warning to companies in April, stressing it would “not tolerate employers misusing the H1B visa process to discriminate against US workers.”

The Department of Justice also signaled in a federal court case this month that the Trump administration may target a related programme that allows the spouses of some H-1B holders to seek employment. Before becoming the agency’s leader, Attorney General Jeff Sessions had been a vocal critic of tech giants like Facebook that sought to hire more foreign workers.”

Over 85,000 H1B visas are issued annually and a huge chunk of these happen to be Indian applicants. The coming curb is sure to hit Indian computer programmers who depend on the H-1B as a lifeline for overseas exposure and good money. Top Indian firms like TCS, Cognizant and Mphasis are at the forefront of global IT sector, using a large number of H-1B visas to bring in Indian workers for low-cost but efficient job delivery.

Mirroring Trump’s America, even Australian PM Malcolm Turnbull has issued an order that revokes the popular 457 visa scheme, mostly availed by Indians, to work as a foreigner in Australia.

As reported by PTI, Australia has abolished the 457 visa programme used by over 95,000 temporary foreign workers, majority of them being Indians, so as to tackle growing unemployment in the country.

It must be remembered that both the H1B and the 457 were visa schemes that relied on highly skilled foreign workers because of the huge skill gap among Americans and Australians for doing the exact same job, that too at a higher cost.

The cost disparity is because of the waves of globalisation that was driven by the West for the last three decades have created a floating layer of highly educated Asians from overpopulated countries such as India and China, who are coveted by Western countries to keep those very economic policies alive that brought them tremendous profits until the 2008 Wall Street crash.

As of September 30, 2016, about 95,757 workers were in Australia on the 457 visa programme, who will now be replaced by a new temporary visa, but with more restrictions.

It must be noted that the Australian volte-face comes barely days after PM Malcolm Turnbull’s hyped India visit, and meeting with PM Modi.

Both Trump and Turnbull are resorting to “America First/Australia First” rhetoric, which is a mirror image of Modi’s own “India First” emphasis. But the new wave of West-induced protectionism in response to growing economic and political anxieties and anti-immigrant sentiments in Euro-America is a troubling development.

Thousands of Indians are going to be affected by the new and imminent visa curbs, and are likely to return/stay back in India, further adding to this existing job crunch in our own country. It seems the worst is yet to come as far as the disgruntled Indian techie is concerned.