How we overcame: I found Muslim Santas in a flood relief camp in Kerala this Christmas

Kerala has been able to recover from the devastating monsoon flood because people helped each other out, regardless of faith and creed.

On December 25, I set out to Kochi to explore how people in flood-affected areas were celebrating this Christmas.

In August, the entire Periyar river basin, from Varappuzha to Chalakkudy, had been deluged, when the shutters of the Cheruthoni dam were opened, following unabated rains.

But despite the huge difficulties people had faced just some months ago, I saw very Christmassy sights everywhere I now went. 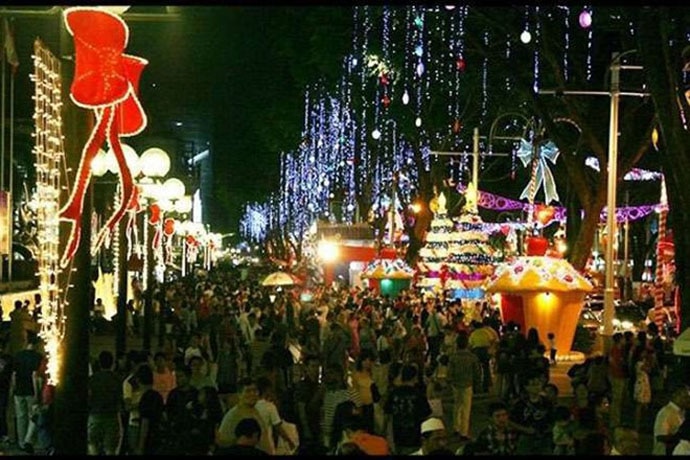 Having braved through the misery, most of the victims seemed determined to put it firmly behind them — and they celebrated Christmas with fervour and enthusiasm. Although there were many traces of the destruction left behind by the floods, people seemed in no mood to recall the tragedy.

That’s when I learned of a flood relief camp still operational in North Paravur, some 25 kilometres from Kochi.

As I went in, I found some people staying in a corner of the hall’s antechamber, with a few plastic chairs acting as a barrier to their 'living area'.

Salila Kumari, 44, smiled and drew one of the chairs towards me as I introduced myself. Kumari is a divorcee and has been living in this camp with her aging mother since August 15. Kumari has no job to support herself and her mother is not keeping well. 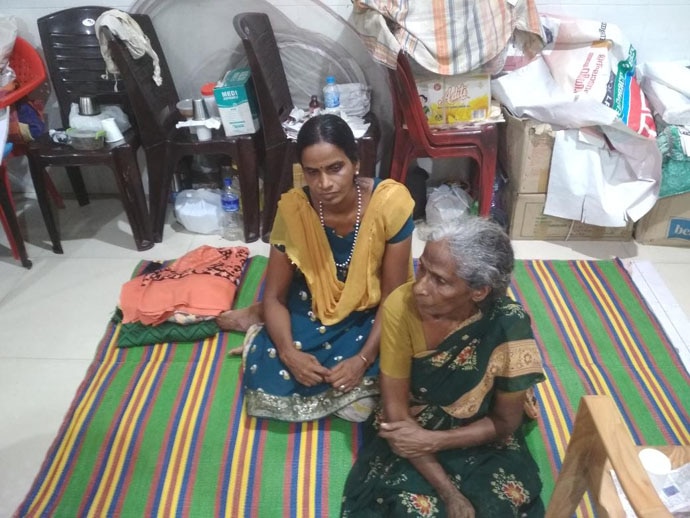 For now, home: Salila Kumari and her mother Sarasu at the relief camp. (Photo: Author)

The premises looked clean, and had ceiling fans to protect the inhabitants from the humid air.

There were other families here too. Manoj, 39, works as a construction labourer and earns about Rs 500 per day. He stays with his elderly mother Pushpakakumari. He comes from Parayode, some two kilometers away from the town, and his home was washed away in the massive deluge. Did he not get any government assistance at the state or panchayat level for his damages, I asked him. “Well, I come from a joint family. The house was in my grandmother’s name. I am trying to save the Rs 15,000 needed to register the property in my name. Only then can I apply,” he said. Manoj is trying to arrange for money to register his house in his name, so he can avail state aid. (Photo: Author)

Manoj’s mother Pushpa was away visiting her daughter’s place in Kochi for Christmas. So was Unni, a truck driver and one of the seven inhabitants still living here. Kannan, a young man in his early twenties, and his mother Sobha, were the other people occupying the place.

I enquired about their food and other requirements. “Initially, when this camp was fully functional, we had cooking gas and a steady supply of provisions. It stopped after a couple of months and then, we were left to fend for ourselves. Apart from me and my mother, others can eat outside as they earn enough to meet their needs,” said Kumari. 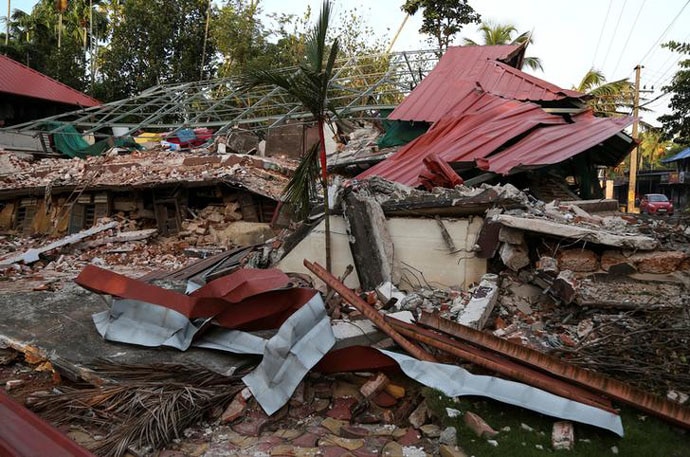 Signs of the destruction left behind by the huge flooding are not hard to miss even now. (Photo: Reuters)

So, where do they eat, then? “Well, under a locally-run programme for hunger alleviation under the aegis of the District Collector, people can avail of coupons and get one meal from enlisted restaurants. So, I used to get the meal packed and share it with my mother. Since my mother can’t walk all the way to collect the coupon on a daily basis, she has been unable to claim a separate meal all this while. Last week, when I went to the Tehsildar for another matter, I raised this issue — he instructed the authorities to provide me with two coupons instead. Since then, we have begun to have at least two meals a day. On days the Town Hall hosts some programme where they serve food too, we get lucky,” said Kumari.

As I sat listening to them, a couple of Muslim gentlemen, in skullcaps and long flowing beards, walked in.

Salila Kumari told me they had visited a few days ago too, pledging help on a charity’s behalf. The two introduced themselves as the district office bearers of a Salafi (locally known as Mujahid) faction in Kerala. The state is back on its feet, thanks to the helping hand everyone has been willing to extend. (Photo: PTI/file)

Before they left — after getting the camp members to fill in some forms — the men promised to take care of the immediate needs of the inmates and get them shifted elsewhere. That included Rs 10,000 as rent advance for Kannan and his mother and Rs 15,000 for Manoj to get his property registered. They also promised to help Salila Kumari and her mother move to a better facility till their home was restored.

The assistance they offered may not appear huge in monetary terms to some — but it still seemed that Santa was visiting the inmates of the Town Hall, in Islamic robes this Christmas.

For the Malayali in me, this instantaneous display of compassion and interfaith assistance hardly came as a surprise. The incident also offered clues on how the people of Kerala had overcome such a disastrous flood within months of the tragedy striking them. Despite the destruction, Kerala managed to have itself a Merry Christmas. (Photo: Wikimedia Commons)

The Kerala government had provided people a one-time relief of Rs 10,000, along with financial assistance to restore and rebuild their homes. But many people managed to come out of the depths of despair only because of the support extended by such good Samaritans and charities.

Before leaving, as I handed over a plum cake I had brought with me as a Christmas gift, I was promptly invited to partake in the inmates’ spartan dinner.

Also read: Calcutta to Bombay. A tale of many Christmas cakes

Post your comment
#Secularism, #Flood relief camps, #Christmas, #Kerala floods
The views and opinions expressed in this article are those of the authors and do not necessarily reflect the official policy or position of DailyO.in or the India Today Group. The writers are solely responsible for any claims arising out of the contents of this article.