A lot of girls working as domestic helps are trafficked: How their chain of slavery continues

When poverty, ignorance and illiteracy meet greed, lust and organised crime, it results in trafficking.

Domestic workers have been struggling for recognition for decades. India gained independence in 1947, but these domestic workers are still little more than slaves, battling for freedom and respect.

They should have the same terms of employment like other workers. From being given fair wages to paid day-offs and the respect they deserve, there needs to be a framework and legislation in place for these workers.

Where do these domestic helpers come from? Placement agencies or through acquaintances? Is proper verification done? The questions are many, but remain unanswered. The real change will be visible only if people pledge not to employ children. 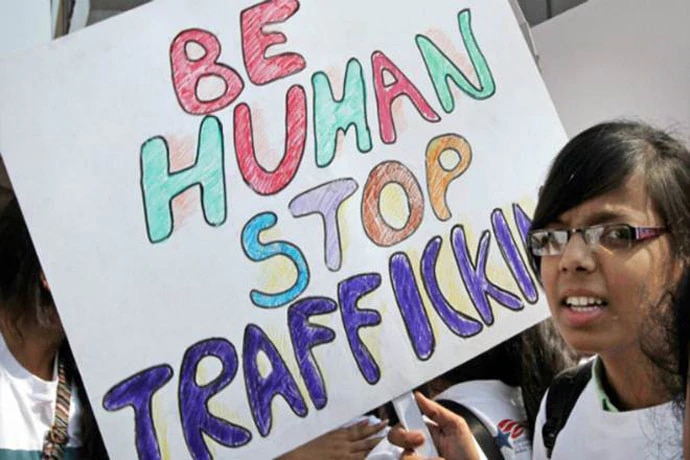 When poverty, ignorance and illiteracy come in contact with greed, lust and organised crime, it results in trafficking. We have all encountered situations where we have seen young girls working in affluent homes as domestic helpers. What is it that brings these people to work in these homes? Lack of employment, education and ignorance are what makes these girls “easy targets”.

Every day, a new batch of slave emerges from this business. Some are forced to work in factories in large cities in the most inhuman conditions. Others become sex slaves and serve to satiate the degrading appetites of people. Many more are placed as domestic helps in urban homes, where they are brutally exploited by the so-called “educated class” of people, that too without getting paid. The list has a never ending loop attached to it.

The worst part is lack of credible data. According to the figures released by the NCRB, less than 20,000 cases of trafficking were reported last year. That is grossly inaccurate, as the number of victims of prostitution rackets alone is estimated to be more than 10 million.

Besides that, more than 100,000 children go missing every year. Clearly, trafficking is a far bigger and more sinister menace than what some official figures suggest.

Women and girls from the less developed regions in India, like Jharkhand, Assam and West Bengal, usually work as domestic helpers in opulent homes in metropolitan cities like Delhi.

They are either trafficked to these places or leave their homes of their own accord to earn a decent livelihood. Most of these girls have not attained the minimum working age.  Being from economically backward families, they are ignorant of work rules and are easy targets to be exploited.

There is no regulation and registration of placement agencies that provide domestic workers.

As a result of this, domestic workers have to undergo various kinds of mental, sexual and physical assault in these homes. The 2011 census quotes that there are 64 lakh domestic workers in India. According to national estimates, women constitute 71 per cent of the workforce and the numbers have been increasing ever since.

The irony is that they are still called “domestic helpers”, and not workers. Many of them work for 13-14 hours each day, seven days a week, and don’t get any paid offs.

An incident happened back in June 2006 when 10-year-old Sonu from Bhopal was killed by his employer in Mumbai. He had been punished and beaten for trying his employer’s lipstick.

Recently, a Jharkhand girl’s body was chopped off into 12 pieces for demanding salary from the criminals who trafficked her from Jharkhand. It was on May 4 when her body was recovered from a drain in Delhi’s Mianwali Nagar. The girl was 13 years old when she went missing and was brought to Delhi. Her murderers told the police that they killed her because she demanded her salary. The girl’s salary was Rs 6,000 a month as a domestic helper, but she wasn’t paid a penny for her services. Her employers paid the salary to the men who brought her to Delhi. The Bill has introduced the term “aggravated forms of trafficking”, to cover offences like trafficking for purpose of forced labour or bonded labour by using violence, intimidation, inducement, promise of payment of money, deception or coercion or by subtle means including, allegations of accumulated debt by the person, retention of any identity paper, or threats of denunciation to authorities.

This new addition will help bonded labourers fight for their rights. The Trafficking of Persons (Prevention, Protection and Rehabilitation) Bill, 2018, provides for the confidentiality of victims, witnesses and complainants, time-bound trials and repatriation of the victims.

As we know, there are situations such as natural calamity, political insurgency that aggravate the situation of vulnerability. Also, there are cases where the offence of trafficking puts a victim in such exploitative conditions that further exacerbate their sufferings. This aspect of vulnerability and further abuse of the victim has been addressed in the Bill to prevent trafficking for begging, for which India is not just the hub, but also a transit zone.

The stark reality of the lives of domestic workers in India is very much evident, and its high time action is taken with proper legislative acts and implementation.

communications professional and a women and child rights activist.