The Pakistani media has called the Indian Air Force strike as a violation of the Line of Control.

India’s airstrike that dropped 1000-kg bombs straight across the Line of Control (LoC), has been called as a violation of LoC by Pakistani media. 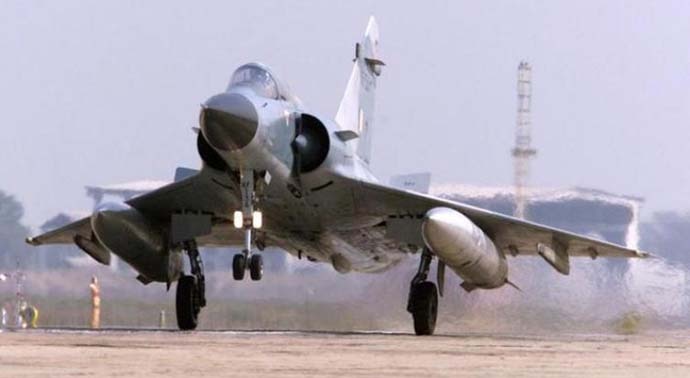 “Indian aircraft violate LoC, scramble back after PAF's timely response: ISPR,” was the headline that Dawn ran on its news portal.

The Dawn’s reportage was based on a tweet from director-general Inter-Services Public Relations Major-General Asif Ghafoor.

The allegation came amid heightened tension between India and Pakistan after the February 14 suicide attack by Pakistan-based Jaish-e-Mohammad terror group that killed 40 CRPF soldiers in Jammu and Kashmir's Pulwama district.

India had promised strong action against Pakistan in the wake of the terror attack in Kashmir.

India's retaliatory measures have included removing Pakistan's status as most favoured trade nation, not granting Pakistani shooters visas for the Olympics and refusing to play its cricket World Cup match against its team.

The IAF airstrike is the latest action India initiated to teach Pakistan a lesson.

“India violated the Line of Control Monday night but their attempts to enter Pakistan were foiled by the Pakistan Air Force,” Samma TV reported.