Various European NGOs have been relentless in their demand for the EU to take a principled stand against India.

This agenda, which was endorsed by both the parties in their Brussels Summit on March 30, 2016, includes issues like trade, investment, security, human rights, environment, climate change and refugees.

The EU and India have a long history of bilateral engagement as this is the 55th year of diplomatic relations between them. However, the 1994 EU-India Cooperation Agreement provides the legal framework for the bilateral relations. With the formation of the EU-India Strategic Partnership in 2004, the bilateral ties between large economies have advanced to some extent.

Despite making some progress in their relations, there are many areas where both the EU and India have serious differences. The EU is India’s largest trading partner, but India is the EU’s ninth. Although both parties have been negotiating a free trade agreement since 2007, it has not progressed very far. While India is asking for improved market access in services, the EU is seeking further liberalisation in insurance, banking and multi-band retail sectors. On security issues, the EU and India have a general agreement of some sort, but on issues like labour law and climate change, there is a huge gulf between the two. 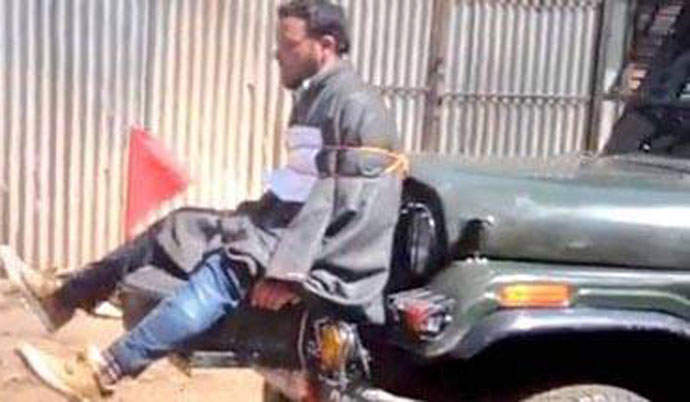 Various international rights groups have been pressurising the EU leadership not to overlook alleged violation of basic human rights in India.

India has tried to generally avoid the EU institutional framework and preferred to deal with individual member states instead. The EU in its negotiations usually faces India’s assertions on bringing balance in bilateral trade and to provide support for its "rightful" place in the global structure of governance. However, EU’s series of uncomfortable demands on India in recent years - such as reduction in carbon emission, improved labour law and particularly on protection of human rights - have been primarily responsible for a relatively poor bilateral relationship.

Although the EU’s relation has improved dramatically with China in the recent years, the growing human rights concern under the Narendra Modi regime has impaired its ties with India considerably.

The EU does not only see itself as a common market, it also considers itself to be founded on a commitment to core universal values and fundamental human rights.

The chairperson of European Parliament's Foreign Affairs Committee, David McAllister, during his visit to New Delhi in February had asserted that the issue of human rights was embedded in its foreign policy.

Several policies undertaken by the Modi government have increased EU’s concern over human right violations in India, and that has been responsible for restraining EU-India relations from moving forward. A number of members of the European Parliament (MEP) are repeatedly and openly expressing concerns over this issue.

Various international human rights groups have been pressurising the EU leadership not to overlook alleged violation of basic human rights of minorities and marginal groups in India while trying to expand its economic cooperation.

Before the last the India-EU Summit, Human Rights Watch had written an open letter to the EU leadership expressing serious concerns over the Modi government’s dismal record on issues like freedom of speech, minority rights, and protection of refugees.

Although there has been an increased pressure recently from Pakistan and its diaspora, the EU has not yet taken a strong position on the Kashmir issue. However, it has been openly fuming over Modi government’s non-renewal of foreign funding licences of nearly 20,000 NGOs.

Various European NGOs have been relentless in their demand for the EU to take a principled stand against India on human rights issues.

In 2016, after the endorsement of EU-India agenda for action 2020 and the EU’s declaration of intent for increased cooperation, the director of EU advocacy for ADF International, wrote, "But what about the growing human rights concerns in India, where open discrimination against large parts of its citizenry and even religious persecution are on the rise since the the BJP won the elections in 2014?"

For the EU, human rights concerns in India is not a new issue. The EU Parliament had adopted a resolution in May 2002, condemning post-Godhra riots in Gujarat, and also resolutions in February 2007, expressing deep shock over the persecution of Christians, and on the human rights situation of Dalits in India. The EU has repeatedly expressed concern over the increased violence in Kashmir.

Despite worries over India’s application of human rights laws, there used to be an open appreciation of its adherence to secular and democratic values by the EU’s political leaders and civil society groups. Rightly or not, the secular character and democratic ethos of India have come under serious scrutiny after the 2014 General Elections.

In the present context, even if the EU leadership sincerely desires for stronger cooperation with India, it will be difficult for it to ignore the growing concerns of its parliamentarians and civil society groups over the perceived deteriorating human rights situation in India in the past three years.

So, it is prudent to be not too hopeful over the outcome of the India-EU Summit in New Delhi.

#Human Rights, #BJP, #Modi, #India-EU Summit
The views and opinions expressed in this article are those of the authors and do not necessarily reflect the official policy or position of DailyO.in or the India Today Group. The writers are solely responsible for any claims arising out of the contents of this article.