How have we evolved if the lust for blood runs so deep in our own?

The drums of war they beat loud and strong. Thump; thump; thump... go the chorus of fists striking righteous stuffed chests; screams of retribution... retaliation... vengeance... they rent the air; in pre-fallen shreds lie the memory of those who are still to die -to feed the fury of xenophobic rage.

The drums of war they beat the shit out of cowards present, past and of futures to come. To say stop this capricious cacophony is unpatriotic; to speak of peace has no answer to the 19 dead acrimonious faces that look deep inside immoral hearts; how dare you spew restraint, they ask, when the lost heat of our cold dead bodies pay for your sanctimony?

What response, they ask, have you, for those who brought death to our sleep? Is your silence not a betrayal of our martyrdom? Is your inaction not evidence enough of your absent patriotism? How dare you discourage, the spilling of blood; to forsake that which flowed out of our lifeless bodies; to wipe the sorrow of those we loved? Who are you to talk of peace when we paid the price of war?

The plaintive call of a rat-a-tat-tat death crosses the line of divide. New-age music for thirsty souls searching blood-deeds of errors past; melody and make-believe fantasy too lie dead beaten to a sudden pulp.

Kick them out post-haste they belong to the other side; the artists whose art wove a million smiles relegated to commerce-minded Shylocks who came with a price; pay up, for the shops are closing, they said, kicking them on their treacherous arses; go back to your ilk they were told, to your murderous Generals and slimy politicians, while we celebrate their passing in smug belief that we live today for no tomorrow. 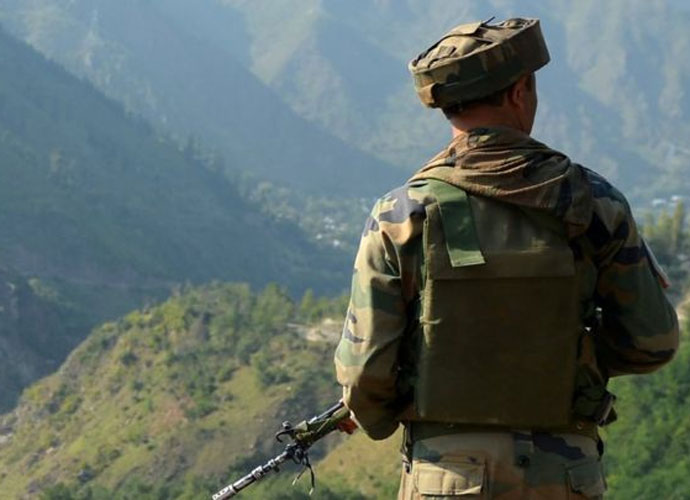 Why can we not - not send others, to join those who have already gone before? (Photo: AP)

General versus General, 56-inch clashes of armour shielded villainy. We danced on the streets; we collectively ejaculated in an orgasm of nationalistic exuberance; our children rejoiced in our clairvoyance of a brighter tomorrow; we sowed again the seeds for them to reap.

To kill... to kill... no longer can pride cut its losses, we told each other. We moved them from the lines, those whose lives wind around that treacherous mark along the divide. And we lined up a thousand, thousand others to replicate the 19 fading memories of one heinous unforgettable memory.

We charged them up and we primed them up; we boosted their morale so that they too may die to avenge our hurt dignity. Fingers on trigger, they wait for that one pathetic moment of everlasting silence that will repay the debt of a parsimonious nation unable to pay the price of peace at any cost.

Be a tiger they had told him, be a lion he told them. The king of the jungle roams free and wild, he believes what he sees; in the reflection of what others see in him; he is the master of all he surveys, they tell us; his is the pride of supremacy, he never forgets to point out.

I look at the lion and I cannot stop but ask my immoral, unpatriotic, cowardly soul - why does the beast roam naked bereft of all shame; why if he is the King does he have to show his genitals to the world; why does he piss where he pleases; why does his piss mark his dominance?

Why can we not - not send others, to join those who have already gone before? Why can we not share the hurt and abandonment of a thousand killed dreams and say forgive us for keeping our dream alive, for the day when our lives don't collide?

Why do we have to stoop to join them, those who wave their penis cocked at us? How have we evolved if the lust for blood runs so deep in our own?

Also read: India will destroy itself by giving in to war with Pakistan

#Surgical strikes, #India-Pakistan war
The views and opinions expressed in this article are those of the authors and do not necessarily reflect the official policy or position of DailyO.in or the India Today Group. The writers are solely responsible for any claims arising out of the contents of this article.