It's sad India ranks 122 in World Happiness Report, but unsurprising

The average Indian is grumpy, disillusioned, spiteful and vindictive.

If happiness is a state of mind, Indians certainly are living in a state of denial.

The average Indian is grumpy, disillusioned, spiteful and vindictive.

Yes, while Norway displaced Denmark as the world's happiest country in World Happiness Report 2017 that was released on March 20, India ranked 122 among a list of 155 countries, down from 118th in 2016.

According to the report produced by the Sustainable Development Solutions Network (SDSN), a global initiative launched by the United Nations in 2012, even countries with aging population and declining economic growth are ranked much higher than India — considered a nation with great history and an equally bright future.

So, what makes us so sad? May be it's time to give it some thought.

What makes a country happy?

According to Jeffrey Sachs, the director of the SDSN and a special advisor to the United Nations secretary-general, happy countries are the ones that have "a healthy balance of prosperity, as conventionally measured, and social capital, meaning a high degree of trust in a society, low inequality and confidence in government".

Sachs said the United States is falling in the ranking (14, down from No. 13 last year) due to inequality, distrust and corruption. Economic measures that the administration of President Donald Trump is trying to pursue, he added, will make things worse. 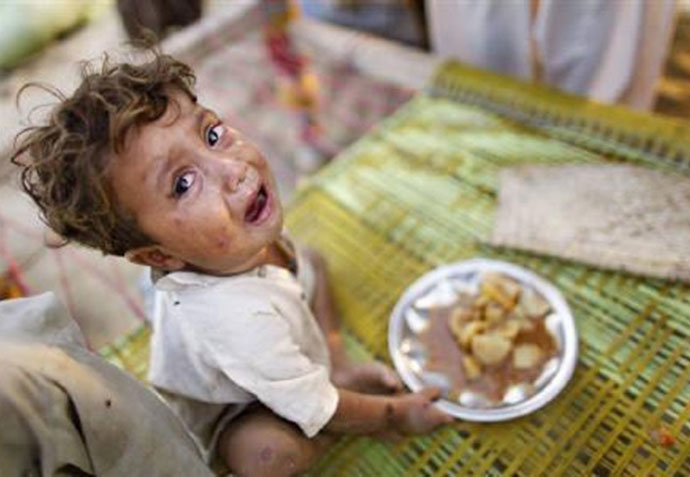 Where is the place for benevolence, humanity and respect in a country which doesn't respect its women, or feel for its children?

Are Indians too unhappy for the same reasons? Because it certainly doesn't seem all about economic well-being. Even the poorest of nations such as Somalia (93) and Ethiopia (119) are ranked better than India (by the way, if that was not enough to crush the great pride of Bharat Mata and her children, Pakistan and Bangladesh were also rated happier than India at 80 and 110 respectively).

Moreover, if government claims on the GDP growth are to be believed, the Indian economy is doing just fine. Prime Minister Narendra Modi only recently silenced all critics of his notebandi with a 7 per cent GDP growth in the third quarter.

Also, if the common Indian happily braved a grave crisis like demonetisation for the love of nation (as claimed by the PM), what is breaking the great fortitude now?

Aren't enough soldiers dying for the nation, or standing long enough along the borders, that Indians have stopped feeling spirited enough?

Indians are famous for their tenacity, which is the first pre-condition for being content. Then why are people — who despite patiently enduring decades of Congress misgovernance are ready for more bad, or worse, governance (because everybody deserves a chance) — not content with whatever little remains of their lives?

That's because the happiness index also takes into consideration current conditions (other than just economic measures) such as "positive social relations, characterised by values such as trust, benevolence and shared social identities that contribute positively to economic outcomes".

We must remember that the common Indian was happy with demonetisation not because it promised to flush out black money, but because it was projected as a measure that would hit the rich and the privileged. Yes, for us happiness is illicit when it belongs to the other person. We can't be happy in someone else's happiness or success.

So, basically the happy hours were over as soon as Indians realised that while they were expecting to see all the rich turning into paupers overnight, it just happened the other way around.

Also, it's high time we admit the truth that our social relations are not based on trust, benevolence or shared social identities. Perhaps no other nation has abused the term "unity in diversity" so much. Where is the place for trust in a nation where people are ready to kill people over the meat of an animal and then defend our great traditions unapologetically?

Where is the place for benevolence, humanity and respect in a country which rapes its women, or kills its children in their sleep? Where is humanity when we kill in the name of religion? Maim our youths with pellet guns? Discriminate in the name of caste, gender, facial features and even clothes?

Do we respect or love anyone at all?

We have enough examples to prove how poorly we have fared in all these departments, and yet we called ourselves a great nation. Turns out  we are great only when it comes to making tall claims.

Such a country and its people hardly have a choice, but to remain sad.

Also read: MP CM's idea of having a ministry for happiness is no political gimmick

#World Happiness Report 2017, #India, #Happiness
The views and opinions expressed in this article are those of the authors and do not necessarily reflect the official policy or position of DailyO.in or the India Today Group. The writers are solely responsible for any claims arising out of the contents of this article.