When Instagram first announced that it was planning to do away with displaying 'likes' and video counts on content uploaded on the app, it was met with more disbelief than scepticism. Most thought it was just an announcement on a whim — because why would a social media giant, whose commerce is based on the reach of its content, want to pull the plug on it’s biggest 'wow' factor — the 'likes'?

Let’s be honest — if no one was liking these photos, why were we going through the trouble of taking photographs of our food and keeping people waiting, forks-ready in hand? Why were we spending so much time and effort to look a certain way for our Instagram handles?

Disbelief turned to wait-this-is-actually-happening when the Facebook-owned company went ahead and pulled the likes and view counts in seven countries.

So, if you live in Australia, Brazil, Canada, Ireland, Italy, Japan or New Zealand, you’re the lab rat at the moment for this social media experiment where the idea is to “take the pressure off”, as Instagram has officially reasoned. Nice one? Instagram's move might be welcome for regular users as it takes the pressure off.  (Photo: India Today)

Sure, digital peer pressure has grown tremendously and while many over the years have held their strong anti-social media position sentiment, the argument for those of the Instagram generation has always been: ‘You don't like it, don’t use it!' But this is now real. It’s happening in countries that aren’t tiny test subjects. Both Brazil and Canada find themselves on the list of the largest countries in the world — I’m just surprised (and honestly relieved!) that India isn’t part of this test phase, yet!

While I might be able to understand that this is coming from a somewhat good intention of keeping things — what some might call — pressure-free, what I haven’t really understood is why Instagram would want to kill the one thing which generated income for so many brands, influencers and local and international businesses? On the one hand, it might momentarily sound good to think that the 'views' aren’t important, but from the commerce side of things, it’s the numbers that get sponsors and advertisers. Television has TRPs. Magazines and books have sales and readership figures. Radio has listener count — and Instagram (at least for the moment) has likes which simply tell us which content is working and which isn’t.

My opinion might be extremely biased on this because as an actor and an influencer, Instagram is a significant part of our business.

Now, I’m not sure what brands are going to look at to identify social media influencers they want to work with.

The story might be wildly different for people who probably use Instagram from private accounts and only upload images for their friends and family. Instagram users who don’t find themselves in the influencer rat race might find that this has little or no impact on their Insta-habits. They might see this as a welcome sign to not have to worry about the popularity of their content.

But, at this point, that seems like a very small group of people to appease. 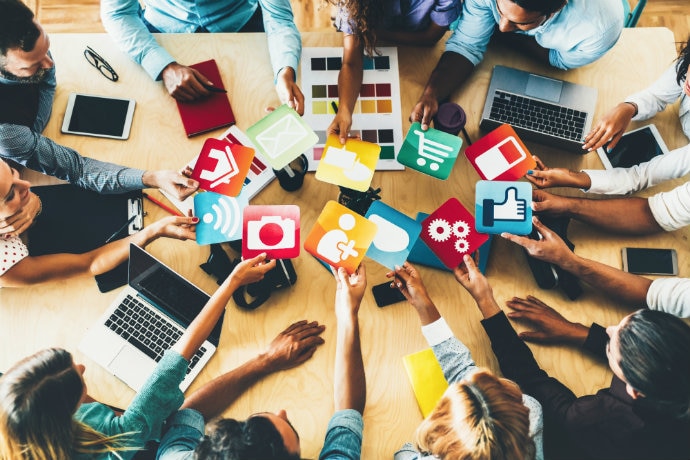 We like likes! For social media influencers, this move could be potentially career-ruining! (Photo: Getty Images)

While Instagram is hiding likes, TikTok recently began to display view counts of videos that were previously only available to the user. So, as a TikTok influencer, part of every brand deal so far was to deliver 'view counts' after a week of uploads. What’s interesting is that as social media enthusiasts, we find ourselves in a weird war of transparency which honestly makes little or no sense to me at the moment.

If there’s one thing I know though, it's that as influencers we’ll adapt — since Facebook owns so much of our social media (WhatsApp and Instagram, in case you didn’t already know), they do end up becoming industry leaders when they try new things out. Snapchat may have been the first to introduce stories — but Instagram took that to a whole new level. YouTube, with far less success, joined the stories bandwagon but it’s not what you head to YouTube for.

I’m actually curious to see how this plays out. Remember, they’re still testing this feature in seven markets. It’s not to say that it will become the Insta norm. On the bright side, if the likes and views do go away, we’ll probably stop monitoring and checking back for likes ever so often. On the downside, if you’re an Instagrammer, it’ll also take away so much of the joy that comes from actually seeing a post go viral!

Also read: Why I don’t see enough women taking up the FaceApp challenge

Post your comment
#Tiktok, #Instagrammers, #Social media influencer, #Instagram
The views and opinions expressed in this article are those of the authors and do not necessarily reflect the official policy or position of DailyO.in or the India Today Group. The writers are solely responsible for any claims arising out of the contents of this article.