Gunn Fired: James Gunn stands fired from Disney for 10-year-old tweets. What this reveals about Hollywood and social media

Is Disney treading too cautiously?

Disney firing 51-year-old James Gunn, the director of Guardians of the Galaxy, over his decade-old inappropriate tweets, followed by demands to reinstate him, reveals a few things about the industry in the throes of various movements.

One, Hollywood is trying hard, very hard, to send across the message that it is not putting up with any kind of offensive behaviour in the aftermath of the #MeToo movement.

Two, industry insiders are ready to give Gunn a clean chit, and those filthy tweets a pass, because people change and 10 years is a huge time for opinions to evolve. The supporters, however, are maintaining a safe distance from those disturbing tweets.

Three, this sudden cleansing can be politically motivated — at least in Gunn’s case, it can be — as Gunn is quite vocal about being anti-Trump. The shadow of state censorship could be spotted, if not confirmed.

1. Many people who have followed my career know when I started, I viewed myself as a provocateur, making movies and telling jokes that were outrageous and taboo. As I have discussed publicly many times, as I’ve developed as a person, so has my work and my humor.

2. It’s not to say I’m better, but I am very, very different than I was a few years ago; today I try to root my work in love and connection and less in anger. My days saying something just because it’s shocking and trying to get a reaction are over.

3. In the past, I have apologized for humor of mine that hurt people. I truly felt sorry and meant every word of my apologies.

4. For the record, when I made these shocking jokes, I wasn’t living them out. I know this is a weird statement to make, and seems obvious, but, still, here I am, saying it.

5. Anyway, that’s the completely honest truth: I used to make a lot of offensive jokes. I don’t anymore. I don’t blame my past self for this, but I like myself more and feel like a more full human being and creator today. Love you to you all.

Last month, Netflix fired its chief spokesman Jonathan Friedland for using racial words during a meeting with Netflix staff. Paramount Television, which made 13 Reasons Why for Netflix, sacked its president Amy Powell for a reportedly similar racial bias.

So, yes, the industry is not even sparing big names either.

But why rake up 10-year-old tweets? 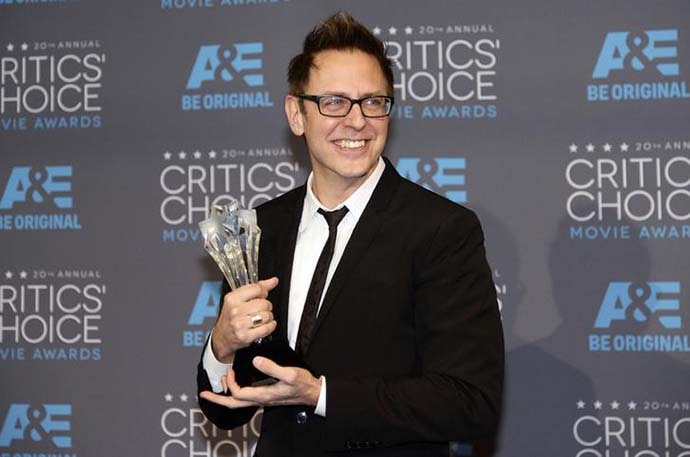 What goes around comes around, albeit 10 years after. (Photo: Reuters)

As it has been found out, Disney did not actually browse Gunn’s tweet history. The episode started last week with a Twitter war, where he was arguing with conservative commentators who then took the trouble of visiting James Gunn’s old tweets and found his horrible comments on rape (even baby eating), AIDS, the 9/11 attack, etc. The episode ended with Gunn being fired from Disney.

Gunn joined Marvel Universe in 2014. Before that, he had apologised for his comments on social media, but he did not delete those tweets. So the tweets were posted long before he became a part of the Marvel Universe, and grew famous as a director.

But Disney made it clear that his tweets are “indefensible and inconsistent” with the studio’s values.

Was Disney not aware of the tweets before and did not take any action as it never felt so, suddenly scurrying only after those tweets resurfaced via a US right-wing site? Pixar’s John Lasseter left after accusations of inappropriate conduct. Harvey Weinstein’s original company Miramax was once part of Disney’s film business. Is Disney being extra cautious now? Or just doing the right thing, even if it didn't exercise due diligence earlier on?

Wow. These #JamesGunn tweets are just horrible. Child rape is no laughing matter. As Texas SG, I handled far too many child sexual assaults. Truly evil. I’m glad Disney fired him, but if these tweets are true, he needs to be prosecuted. pic.twitter.com/1IgHC18J4x

These are the questions which have the industry in a moral split now.

This also brings us to another crucial aspect of the story: how social media can be used — and misused.

There is no laid-down guideline as to how celebrities should conduct themselves on social media. What Gunn tweeted 10 years ago to attract attention by creating outrage does not behove any sane person.

But celebrities who feel that making Gunn suffer for his 10-year-old tweets is not justified are also facing flak on social media.

So, is being always politically correct the unwritten social media guideline for celebrities? Or, anyone active on Twitter?

Ten long years ago, social media was not what it is today. It will not remain the same in another 10 years. Will our tweets, in the long run, become the perfect examples of ‘what goes around, comes around’, unless we delete them in time?

Also read: Why Coke Studio Pakistan's 'Hum Dekhenge', and not its general elections, should define Pakistan politics for India