With fearsome regularity, students are taking their own lives, or are disappearing, in/from our university campuses. The most prestigious of higher educational institutions, Jawaharlal Nehru University, witnessed a terrible tragedy on Monday, the day India played Holi with political colours of a saffron kind, when a Dalit PhD student was allegedly driven to suicide inside the campus.

27-year-old Muthukrishnan’s lifeless body was found hanging from the ceiling fan at a friend’s place, prompting JNU scholar Umar Khalid to write on his Facebook wall: “Our universities are being turned into graveyards for the oppressed.” 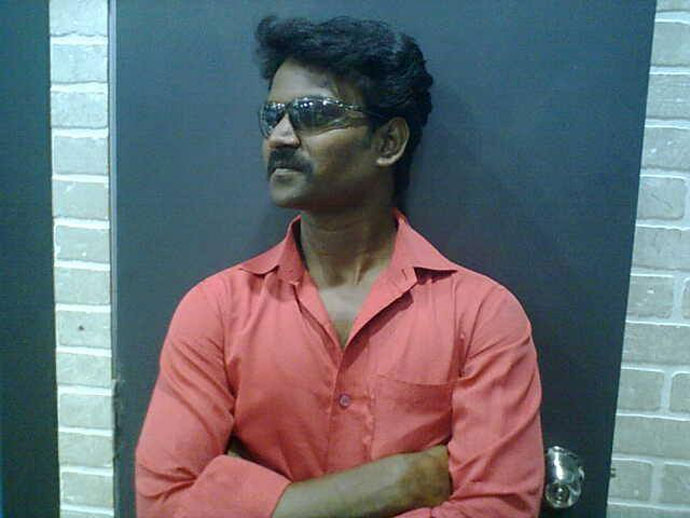 It was in January 2016 that Hyderabad Central University student and another Dalit scholar, Rohith Vemula, committed suicide in the university campus after facing an unjust suspension from the institution and being denied his stipend for over seven months. Rohith’s heartbreaking suicide letter became one of the most shared and grieved over post on social media, that sparked off a year-long students movement across university campuses all over India.

Muthukrishnan, also known as Rajini Krish because of his uncanny likeness to superstar Rajinikanth, in fact, was a friend of Rohith Vemula at HCU, and together they had participated in protests against the vice-chancellor Podille Appa Rao, who had issued the unfair suspension order and has been the face of institutional discrimination at HCU.

Muthukrishnan had spoken about his times with Rohith in HCU, and afterwards, how his heart poured out for Rohith’s mother Radhika Vemula, who was fighting a lonely battle to get justice for her son. Exactly as the system fails once again trying to prove, erroneously, that Rohith wasn’t a Dalit, and instead of apologising for abetment to suicide in Rohith’s case, actually driving his mother and brother to the edge of despair over identity paperwork, obfuscating a lifetime of lived oppression, routine discrimination, brazen insults, we have another Rohith in Muthukrishnan, who too called it quits yesterday.

On Friday last, March 10, in his final Facebook post, Muthukrishnan voiced his plaintive cry over the changing UGC criteria in MPhil and PhD admissions in JNU, that put the sole emphasis on interviews and not written examinations. Muthukrishnan had long been a victim of his poor English language skills, a systemic discrimination for millions of Dalits and other Indians who have been excluded from the premium English-language schooling.

Focusing solely on viva-voce would greatly diminish the chances for a scholar from his background, and thousands like him, who sit for JNU entrance examinations multiple times, and not able to clear them simply because of poor English language skills, despite intellectual and conceptual superiority in several cases.

His last words were: “When equality is denied everything is denied.”

Muthukrishnan is a resounding example of how systemic is the discrimination entrenched in each and every institution of our society. While we talk of “reservation backlash”, we easily forget just how incredibly difficult it is for first-time learners, first-time college-goers, first-time doctoral students from a village thousands of kilometres away from New Delhi or Kolkata or Bangalore or Chennai, to actually overcome all the hurdles and make it to the university on scholarship, minus any backing.

Muthukrishnan had, after he got through the JNU PhD entrance examination, rejoiced on Facebook that he had taken the entrance tests as many as five times – thrice for the MA course, twice for the MPhil/PhD. His broken English is testimony to his incredible courage and incredulous joy at finally arrived in JNU, as a veritable scholar.

The many photos that he had posted on Facebook belied the long journey behind reaching the university named after one of his icons, Nehru. The other, of course, was Ambedkar himself, and then Rohith Vemula, after the latter’s death last January.

In June last year, Muthukrishnan had met Rohith’s mother, Radhika Vemula, after being deeply affected by the lady’s dauntless fight for her son. After the disappearance of JNU student Najeeb Ahmed post a bitter altercation with members of the ABVP, Muthu jad joined Najeeb’s mother in her quest to find her son. The two grieving mothers had a deeply affected son in Muthu, who had accompanied them on a number of marches and protests demanding justice for Rohith and whereabouts of Najeeb.

His blog post, describing the yearning to meet Radhika Vemula and the memories of Rohith that he carried with, is moving and extremely poignant. Much like Rohith Vemula’s online diary, the personal and political intermingle at every step in Muthukrishnan’s arduous journey to make it in the cut-throat world of capital’s intelligentsia, a world that is increasingly under assault from the highest decision-making bodies in the country.

On Muthukrishnan’s death, JNU scholar Anirban Bhattacharya said this to The Wire.in:

“We discussed his proposal before his interview. He wanted to locate the largely invisibilised question of caste in the demographic changes brought about by late-colonial policies. He was ecstatic to get through. He was a first generation learner. And the only one from his village who made it this far. He was evidently excited about his research. But what was bothering him? What were those constraints? Why is a first generation learner from a Dalit background forced to commit suicide in a university space? Why are our university spaces not being able to provide that support and environ where he could sustain his life and studies?”

It must be remembered that Rohith’s death not only saw pan-India protests spontaneously arising in most major university campuses in the country, it was in JNU that it was most prominent outside HCU. Moreover, a number of issues merged in the wake of Rohith’s death, and protests over various other kinds of injustices, and the looming, ever-more menacing shadow of the RSS on higher education in India, took shape, which reached a peak as JNUSU president Kanhaiya Kumar, and others like Umar Khalid and Anirban Bhattacharya, were arrested over “azadi” slogans.

The Rohith Vemula episode ultimately forced the government to transfer former Union HRD minister Smriti Irani, who lied in Parliament over this issue. Yet, instead of taking steps to rectify the institutional discriminations that force Dalit students to take their own lives, a distressing redux of the blame game has been started all over again.

Nevertheless, we also need to take into account what Shehla Rashid, former JNUSU vice president, is claiming over the death of Muthukrishnan.

2/2) His last post was also abt the viva issue & the recent HC order, banning protests at Ad Block on viva issue, on @mamidala90's complaint

Muthu Krishnan (Rajini Krish)'s friends @nsaibalaji & others say he was too brave to end his life. A thorough probe into the death is needed

In this letter to @mamidala90, Muthu Krishnan requested JNU VC to let "first generation marginals" to study & not create hurdles for them :( pic.twitter.com/lCJVN1BOqX

Muthu Krishnan was a 1st yr student, like Najeeb is.@mamidala90 banned "admission assistance" in JNU, due to which freshers are isolated :(

JNU VC @mamidala90 gleefully tweets about BJP's win, retweets ABVP guys, but has no time to tweet about Najeeb or Muthu Krishnan:( :(

JNU admin didn't inform Muthu Krishnan's family & @registrarjnu refused to come to the hospital even after students asked him to come.

Is there more than what meets the eye? Is the face-off between the university administration and students caught in the whirlpool of ever-changing and ever-more draconian rules guiding our hallowed institutions of learning, turning literally deadly now?

Only a thorough and impartial probe can possibly find an answer to this. But the tragedy lies in the fact that such a probe has once again become necessary in the first place.