'Let us not be afraid of people with billions of dollars or political masters.'

In an ironic twist of fate, Josy Joseph, the National Security Editor with The Hindu and the author of A Feast of Vultures, is all set to be served on the platter to become the feast of corporate vultures in a country that slowly arrives at the verge of losing journalistic freedom. Jet Airways and its founder-chairman Naresh Goyal have filed a civil defamation suit on Joseph, seeking damages worth Rs 1,000 crore from both Joseph and Harper Collins. Another lawsuit worth Rs 1,000 crore has been filed against Outlook India for publishing an extract of his book.

Why? Josy Joseph, in his book, wrote about the alleged links between gangster Dawood Ibrahim and Jet Airways. According to Scroll.in, advocate Uttam Datt, who is representing Joseph in the case, said “They are scared the allegations will hurt their reputation. But we stand by the story, we have documented proof for every claim made in the book. We have evidence to defend ourselves”.

In an interview with Scroll.in in August 2016, Joseph said "Every word in the book is backed by documents. I’m ready for it if there is any litigation; I think it would be a great fight to have". 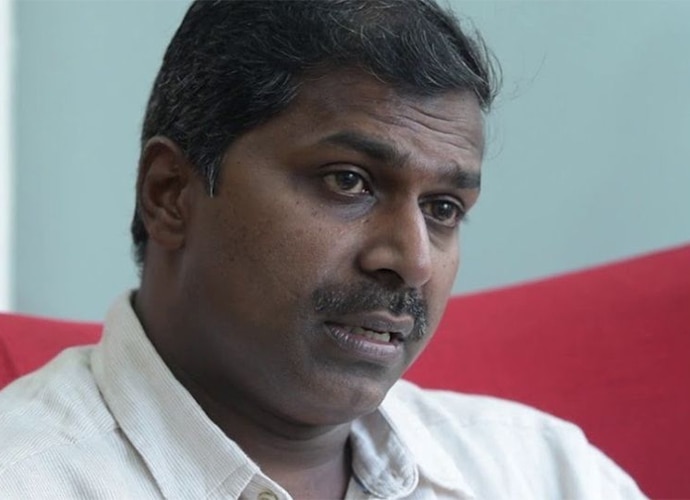 Josy Joseph, in his book, wrote about the alleged links between gangster Dawood Ibrahim and Jet Airways. [Photo: Scroll.in]

In his book, Joseph writes about how the Intelligence Bureau chief KP Singh and joint director Anjan Ghosh had written to the Ministry of Home Affairs stating the agency had confirmed information of contact between Naresh Goyal and underworld dons, Chhota Shakeel and Dawood Ibrahim.

This is of course, not the first time where attempts to stifle journalism has been made by private parties, or the government, for that matter, with the help of the defamation act.

On November 28, a judicial magistrate first class court convicted journalist Gouri Lankesh of defamation in two cases and sentenced her to six months in jail and imposed Rs. 10,000 penalty.

BJP MP Pralhad Joshi and BJP leader Umesh Dushi had filed separate defamation cases against Lankesh objecting to a 2008 report by the journalist. Lankesh had published an article against BJP leaders Prahallad Joshi, Venkatesh Mestry (former mayor), Umesh Dushi and Shivanand Bhat in a Kannada tabloid edited by her, about a racket where BJP corporators were allegedly selling fake gold.

Following the report, the BJP leaders filed a criminal defamation case against her.

In a case that was less recent, but is as relevant, Indian Institute of Planning and Management (IIPM) director Arindam Chaudhuri, had filed a lawsuit against The Caravan, citing “grave harassment and injury”.

The article written by Siddhartha Deb, a contributing editor at The Caravan, talks about how Chaudhuri built an image for himself and how he runs his educational institution. It was heavily critical of the self-proclaimed management guru and was thus, the victim of a law suit. This article was removed from their website as per Injunction Order passed by civil court of Silchar in 2011.

What is interesting here is that while all the three cases are different, they are all linked by theme: Investigative journalism battling against the cartel of the absurdly powerful corporations and politicians.

Lankesh’s verdict was followed by a rather grave and worrisome remark from Amit Malviya, BJP’s national head of information technology.

His ominous statement “Prahlad Joshi, BJP MP from Dharwad, gets Gouri Lankesh convicted in a defamation case. Hope other journos take note” present in one shot what the government’s views are on journalism and its bounds.

The BJP and its crores of followers have, over the course of the last couple of years, displayed nothing but contempt for journalism and the media. Anyone critical of Modi or the government or even a teensy policy is a part of a “paid” narrative and is obviously a presstitute (a portmanteau of press and prostitute that implies that the press has sold itself and its integrity).

While it is true that Lankesh’s conviction was a result of her being unable to substantiate her claims in the eyes of the law, BJP’s open contempt for the media brings into the picture a counter-narrative set by them and their cadre against the media. It is the effect of this narrative that Naresh Goyal and his likes find it easy to sling mud on esteemed journalists.

But that being said, this lawsuit should present itself as an opportunity to the press. The media houses, even if competitors, need to unite in a fight for their freedom. As Joseph said in a Scroll.in interview from august, “I wanted to tell the truth to the extent possible, and definitely without compromising because I know someone or am afraid of someone. Be truthful to facts, and let us not be afraid of people with billions of dollars or political masters.”

Also read - Can we no longer trust the Indian rupee?