We hope Aparna Kalra will pull through and fight back, not just for herself but for all women who work, walk and dare to live.

A day after an attack on freelance journalist and contributor for DailyO Aparna Kalra in a public park in northwest Delhi’s Ashok Vihar, the police are yet to make any arrests or indentify the assailant/s even as the 45-year-old is battling for life in Fortis Hospital.

Kalra was out for an evening walk in the park when she was attacked.

According to a Hindustan Times report, she recieved multiple injuries to her brain. The same report said even though she gained consciousness briefly at night and told the police she was attacked, she fell unconscious soon after.

Kalra, who has worked with mainstream newspapers in the past, has consistently reported and defended the rights of women and students, besides calling out the detectable flaws in the Indian education system pervading our schools and universities.

Her articles for DailyO have often been detailed analysis underlining the dangers of rights violation, particularly as a direct outcome of discriminatory laws and regressive customs.

In fact, the attack on Kalra comes at a time when women journalists have been at the receiving end of physical violence and misogynistic abuse online.

Although the police and Kalra’s family are clueless about the motive behind the attack (that was suspected to be carried out with an iron rod or a similar object), the unfortunate incident highlights a bigger problem — the safety of women in public spaces.

If a journalist writing for the national media is so vulnerable, what about those hundreds and thousands of ordinary women who are unaware of the enormity of the dangers that they face as they go about their lives, working, walking and living?

Can they expect to return home safe without getting molested, raped or stabbed and left to be dead.

Kalra was found unconscious in the park, bleeding from her head and nose. Like most evenings, she had left for a walk in Picnic Hut, a park adjacent to her home around 6.15pm.

Her sister was informed about the attack by the police around t 7.30pm.

No one saw anything

"We were informed about a woman lying unconscious in the park by a visitor, but the caller had not witnessed the attack," Milind Dumbre, DCP North-West, was quoted as saying.

According to the HT report, the park where she was attacked is a popular destination for morning and evening walkers.

So, did no one see/hear anything?

Kalra’s family too has said there were many visitors in the park at the time of the attack, but no one has come forward as an eyewitness.

Is it possible that Kalra didn't raise any alarm when her assailant/s attacked?

Is it possible that she did not scream for help or plead with her assailants?

How can an attack, which has left her with multiple injuries to brain nerves and part of her skull missing, go completely unheard in a busy locality like Ashok Vihar?

"She has undergone surgery and part of her skull is missing. She is critical as she has received multiple injuries to her brain nerves," her uncle told HT.

The police admit that at least four fatal attacks have been reported from public parks in north and northwest Delhi in the last two years.

So, should we be worried? Should we expect the police to make public spaces, especially high-crime precincts, safe for women. Not really.

Police groping in the darkness

Dilliwalas, who are old enough to remember the city even before the incessant social media-outcry over women's safety, know and say that Delhi has always been a place where crime against women and the fear of it, have elicited caginess from both police and politicians. Crimes against women especially after dark mostly meet with promises of "zero-tolerance", "strict action",  "don't-go-out-alone" and "don't-wear-such-clothes" advisories.

How can any police department or administration ignore threats of crimes cropping up in high-crime precincts even as they focus on "serious causes of intimidation" like "Romeos" and cow smugglers?

Why have all those statistics screaming Delhi as the worst city for women gone unnoticed (we say unnoticed because there has been no change in the scenario)?

The report further stated that nothing much has changed since the 2012 Delhi gangrape case jolted the national capital. 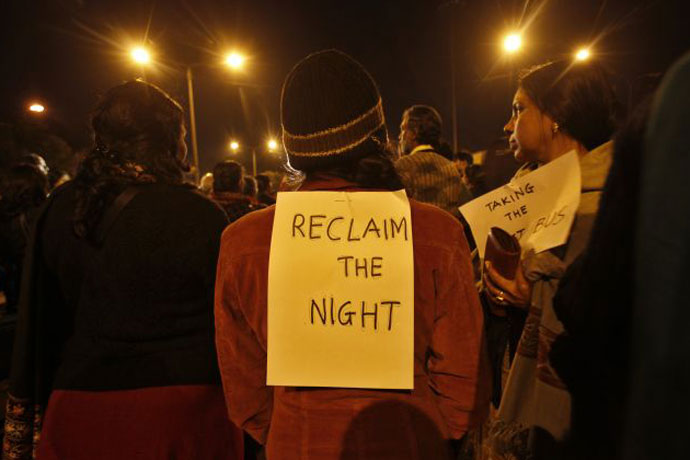 Nothing much has changed since the 2012 Delhi gangrape case jolted the national capital.

The police are reportedly still in the process of figuring the locations that are most unsafe for women and also planning to install CCTV cameras in the areas that are identified as “unsafe” places. They also reportedly upload the photos of “habitual sex offenders” on their website.

The fact is police have not been able to install enough CCTV cameras across the city. According to this report, Delhi Police has managed to install just over 4,000 CCTV cameras in the past eight years. Last year, they could manage to install only 85 cameras. Also, most of the cameras installed in markets and roads are lying defunct. Even though around 1.82 lakh CCTV cameras have been installed in housing societies and markets by residents and shopkeepers in a tie-up with the local police, there are still many pockets that are yet to come under CCTV surveillance.

However, a woman's perception of safety and comfort does not rise or fall based on spreadsheets.

Why is it becoming increasingly unsafe for women to step out of their homes? Are women ever going to be safe in this city? Can they ever expect accountable policing and speedy justice? Can they reclaim the public spaces without being judged and punished?

We hope Kalra's case will not go unnoticed. That she will pull through and fight back to nail her assailants, not just for herself but for all women who work, walk and dare to live in spite of all threats and intimidation that cloud their every movement.