Ekta Kapoor to make Kamasutra: Will her audience take it?

The producer's version of the Mahabharata failed to impress her regular viewers.

Producer Ekta Kapoor toying with the idea of a show based on Kamasutra signals that the small-screen entertainment sector feels the need to break stereotypes, yet is apprehensive of criticism and falling TRPs. Hence, the digital platform is the best option to test the waters.

According to reports, set in 13th century Rajasthan, Ekta’s Kamasutra will be an adaptation of Vatsyayana’s text. It will tell the stories of women belonging to the Goli caste who were believed to have served as concubines to kings of the time.

For more than 2,000 years, Kamasutra, which discusses the philosophy and theory of love, apart from sexual behaviour, was passed on in the oral traditions until around the second century AD when Vatsyayana wrote it, largely in prose.

As it always remained a subject of curiosity, this is obviously not the first attempt to bring the ancient Indian text to the screen. And none of the previous attempts had an easy journey in India.

Kama Sutra: A Tale of Love by Mira Nair was banned in India Kama Sutra : A Tale of Love

It was a 1996 Indian English-language historical romance film by Mira Nair, but it could see the light of the day in India only in 1998 after a year of legal battles, resulting in a cut of three minutes. Set in 16th century India, this movie depicts the story of two girls, belonging to different social classes, but they were raised together. The film was banned due to its sexual content, and wasn’t received positively after release.

To the international audience, however, it became a spectacle that the origin country was so vehemently resisting the release of a movie based on an Indian text. It was the debut movie of British actor of Indian origin, Indira Varma (Ellaria Sand of Game of Thrones fame), who too received backlash for her character. The story also touched upon the issue of homosexuality.

While this one was based on the original text, there was another venture which got into trouble as the name of the movie had the word "Kamasutra" in it. Kamasutra 3D is a 2013 Indian English-language film written and directed by Rupesh Paul starring Milind Gunaji. It was announced at Cannes Film Festival 2012, and was also in contention for nominations for the 86th Academy Awards of 2013, with selection in three categories – Best Motion Picture, Original Score and Original Song.

However, it was not released in India until last year and faced hurdles during shooting, as a criminal case can be made against an actor shooting frontal nudity within the country.

Television is not the place for Kamasutra 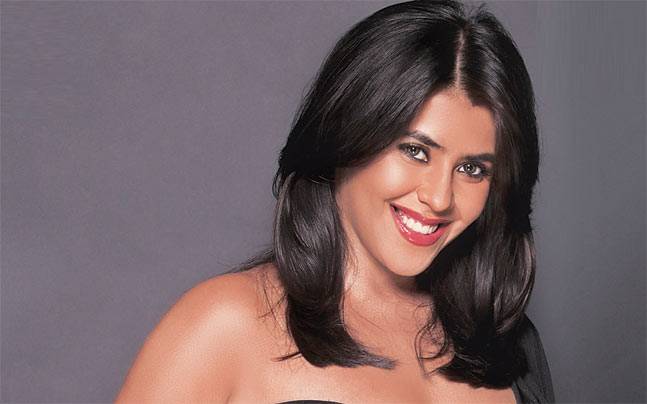 While both projects were in English, Ekta Kapoor's venture for her digital platform AltBalaji is supposed to be in Hindi. The nature of the Indian audience has changed since. But that doesn’t dismiss the vital question of whether the Indian audience is mature enough to accept an adaptation of Kamasutra by Ekta Kapoor.

While Ekta has been praised for her bold web series like Ragini MMS: Returns and Kehne Ko Humsafar Hai, her experiment with ancient Indian texts has not been met with success. Her version of Mahabharata - Kahaani Hamaaray Mahaabhaarat ki (2008) - failed to impress her regular television audience.

But that she has chosen Kamasutra for her digital audience, while feeding the television audience with Naagin3 proves that television is still the place for tried-and-tested formula of hit and regressive serials.

Post your comment
#Entertainment, #Ekta Kapoor, #Kamasutra
The views and opinions expressed in this article are those of the authors and do not necessarily reflect the official policy or position of DailyO.in or the India Today Group. The writers are solely responsible for any claims arising out of the contents of this article.