DailyOh! What Kangana Ranaut found at her demolished office, to what Sharad Pawar told Uddhav Thackeray

Ranaut was at the demolished site only for about 10 minutes.

It started as a murder mystery, which in turn started after a death on June 14 was declared a suspected suicide. It is now a Mughal invasion with a Pablo Escobar-esque connect that also raises questions under Article 15 of the Indian Constitution.

Congress leader Adhir Ranjan Chowdhury has said, “Rhea is a Bengalee Brahmin lady, justice to actor Sushant Rajput should not be interpreted as a justice to Bihari… Justice for all is one of the basic tenets of our constitution.” Chowdhury’s attempt to invoke ‘Bengalee’ pride on the lines of Bihar government invoking Bihari pride can be understood as a tit-for-tat strategy, even if it is a little (read: quite) delayed. Blame the delayed tit-for-tat on his delayed appointment as the president of the West Bengal Congress unit. Chowdhury is no ordinary fighter. He kept his flag flying in Bengal’s Murshidabad district with a Robin Hood Pandey-like image. He was implicated in criminal cases but kept courting people by carrying out development work. In Bengal, that’s not enough. In other states, you work, you win votes. In Bengal, you win and lose depending on how well you beat and kill. Also, how much beating you can take.

When Chowdhury joined the Congress after a brief stint in the Maoist movement and dabbling with the Left parties, in 1991 he was fielded from Nabagram. Even as the polling was on, a group of about 300 CPI-M members chased Chowdhury. To take cover, Chowdhury took refuge in a polling booth. He was held hostage along with the presiding officer of the booth at gunpoint. The gun belonged to a security man at the booth. Why carry your weapon when you can snatch one.

Chowdhury now wants to snatch Bengal from Mamata Banerjee with support from the Left parties, whose men once held him hostage. In politics, there are no permanent enemies and no permanent friends. Same in life too. But actor Kangana Ranaut has many permanent enemies, from ‘Bullywood’ to ‘Sonia Sena’.

Nobody has named her sena yet, but Maharashtra Governor Bhagat Singh Koshiyari has joined on her side and summoned Principal Secretary to Chief Minister Uddhav Thackeray over the demolition drive at her Pali Hill office.

Shiv Sena ally and Nationalist Congress Party chief Sharad Pawar today met Thackeray and reportedly told him that ignorance may not be bliss but ignoring Kangana would have been. Pawar is also reported to have advised Thackeray to save what he can save in this war, which he can only do by not escalating the war. Meanwhile, Ranaut visited her demolished office and looks set to have found enough ammunition to demolish her ‘enemies’. 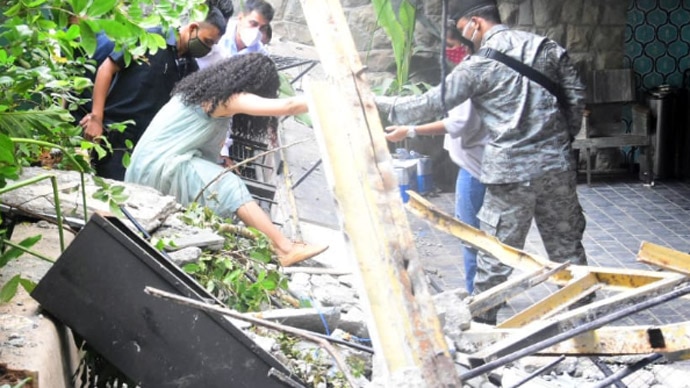 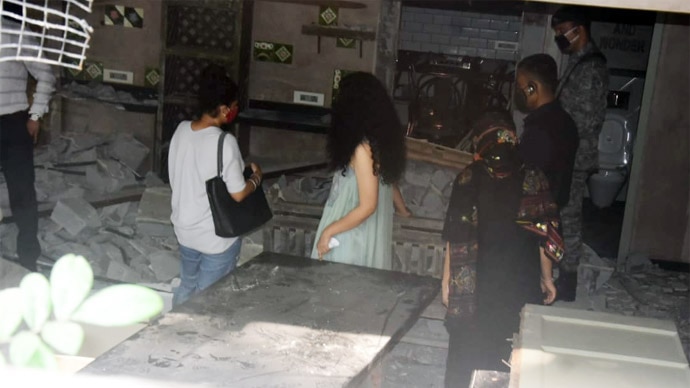 So the fight is going on and will go on but Serum Institute of India has halted the trials, which were to begin next week, of Covishield after being served a notice by the Drug Controller General of India (DGCI) for not reporting that AstraZeneca had halted the trials of the vaccine in England. So Serum Institute has stopped the trials, which were to begin next week, and will await a clearance from DCGI. If that worries you, listen to what experts have to say. Experts say this is a good sign because it shows all procedures are being followed in the vaccine hunt.

We do not know when the trials will resume but we do know that today too, Rhea would remain in Byculla Jail as Mumbai sessions court has reserved its order in the case. Rhea has reportedly written in her bail application that she was “coerced into making self-incriminatory confessions” and that the three investigations have “taken a severe toll on her mental health and well-being”.

Rhea’s claim about a “severe toll on her mental health” comes on a day the world marks Suicide Prevention Day. The 10th of all Septembers since 2003 have been recognised as World Suicide Prevention Day. The World Health Organisation says we lose over 8,00,000 people to suicide every year. In India alone, that number is close to 3,00,000. Experts say suicide is preventable. For that we need to know what could drive people to it and read the signs people give out before taking the step. Before the signs, let’s discuss the word. Suicide, the Word Of The Day, comes from Latin word suicida, where sui means ‘one’s own’ and cida is ‘one who kills’. When someone kills themselves they have died by suicide. Why shouldn’t you say someone committed suicide? Because unlike in the past, suicide is not a crime that someone commits. There was a time when suicide was considered a crime and since the law couldn’t punish the dead for committing a crime, the dead were refused funeral and burial. That’s no longer the case. And so the ‘c’ word is not to be used.

Suicides happen because there isn’t enough awareness around mental health problems as it is around, say, kidney or liver or skin problems. So people around patients of mental health ailments are not able to help those suffering.

Congress leader Rahul Gandhi believes the economy in India is suffering and job losses are happening because the Narendra Modi government is helping only his friends. He urged people to be a part of the Congress's 'Speak Up for Jobs' campaign in his latest video message posted on Twitter.

The policies of Modi Govt have caused the loss of crores of jobs and a historic fall in GDP. It has crushed the future of India’s youth. Let’s make the Govt listen to their voice.Join #SpeakUpForJobs from 10am onwards. pic.twitter.com/mRUooQ1yjX

Guess who got a new job? Paresh Rawal. Amid all the drama going on in the country, the actor has been appointed the Chief of National School of Drama. Many are outraging that this is a political appointment given Rawal’s open support for the BJP.

Their outrage reminds us of Bob Woodward’s book Rage. According to Woodward, US President Donald Trump told him what North Korean leader Kim Jong Un told Trump about the execution of his uncle Jang Song-thaek – in graphic detail.

The graphic visuals coming from Lebanon meanwhile look scary after a massive fire erupted in Beirut’s port area. The fire started over a month after about 191 people were killed and thousands were wounded when 2,750 tonnes of confiscated ammonium nitrate exploded, on August 4.

Insane fire at the port, causing a panic all across #Beirut. We just can’t catch a break. pic.twitter.com/PtdHehPlz0

The cause of the fire remains unknown.

But there are also nice and happy visuals of the Rafale jets being inducted into the Indian Air Force. 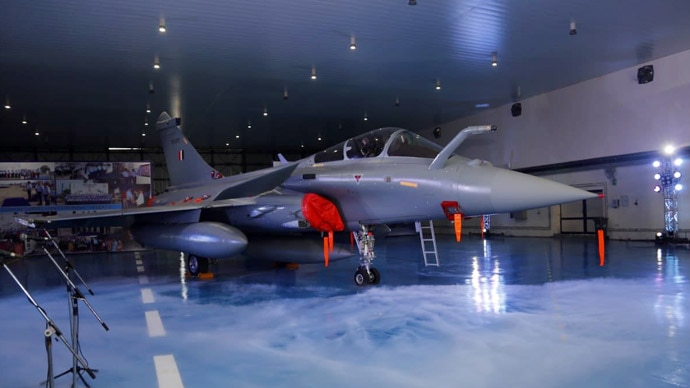 We will leave you with that nice and happy visual for today.

#Jobs, #Paresh Rawal, #Rhea chakraborty, #Kanganaranaut
The views and opinions expressed in this article are those of the authors and do not necessarily reflect the official policy or position of DailyO.in or the India Today Group. The writers are solely responsible for any claims arising out of the contents of this article.