DailyOh! Why Kangana Ranaut wants Sonia Gandhi to speak up, to what Akshay Kumar drinks

Those alive are mostly conscious. At times they are also unconscious. The dead have no such luxury of choice, you see. Someone could have told Kangana Ranaut that if she was listening. For now, she is speaking and asking those who are silent to speak up. She wants Congress president Sonia Gandhi to speak up on why she is silent. If Gandhi speaks up, then she would no longer be silent. Her task is still not impossible. The impossible task has been set for Shiv Sena founder Bal Thackeray. Ranaut wants to know “What is his [Bal Thackeray’s] conscious feeling today looking at the condition of his party?” 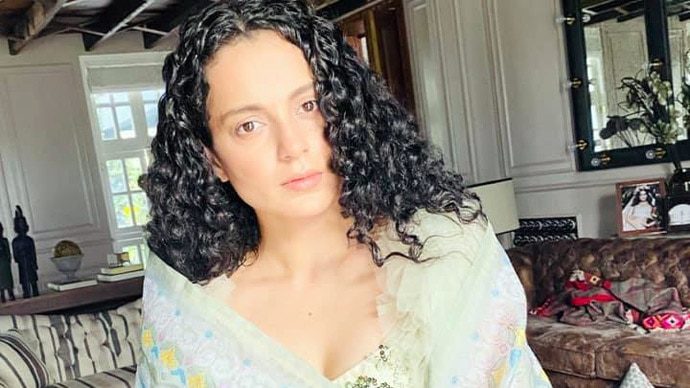 Kangana Ranaut wants Sonia Gandhi to speak up on her harassment. (Photo: Facebook)

Great Bala Saheb Thakeray one of my most favourite icons, his biggest fear was some day Shiv Sena will do Gutbandhan and become congress ⁦@INCIndia⁩ I want to know what is his conscious feeling today looking at the condition of his party ? pic.twitter.com/quVpZkj407

Shiv Sena chief spokesperson has spoken and clarified, he is done abusing (read: calling her naughty) Kangana and so "The Kangana Ranaut episode is over. We have even forgotten it. We are busy with our daily, government and social work now."

The ‘episode’ may be over but the war is on with the Maharashtra government asking Mumbai Police to now probe drug link charges against Ranaut. Ranaut wants Sonia to speak up against the ‘injustice on a woman’ but she is asking those taking a stand for her to sit down because they are ‘mafia bimbos’.

This case is developing by the hour but you can track it minute-by-minute here.

While Mumbai Police probe Kangana’s alleged drug links, Narcotics Control Bureau told a Mumbai sessions court today that Rhea and her brother Showik Chakraborty should not be granted bail. The court heard both sides and decided Rhea and Showik will continue to remain in jail till September 22. The bail pleas of Samuel Miranda, Dipesh Sawant, Zaid Vilatra and Basit Parihar have also been rejected.

The Supreme Court has on more occasion than one said bail is the norm, jail is the exception. So under trial, people should be given bail as long as they do not threaten investigation when out and about.

If you keep someone in jail and then find them innocent, you can’t return to them the time they have spent in jail. So bail is the norm. But what is bail?

Bail, the Word Of The Day, is the money that somebody agrees to pay if a person accused of a crime does not appear at their trial. So when a person applies for bail, they need someone who can vouch for them that the accused will not run away from trial. They need to deposit a certain amount as assurance for the same. When bail has been arranged, the accused person is allowed to go free until the trial. One can step out of jail even if one is convicted of a crime. That is on parole.

Rhea’s lawyer Satish Maneshinde has said the next move, which could be moving the Bombay High Court for bail, will be decided next week. Over to next week for Rhea then.

Congress leader Rahul Gandhi wants to know who is the Chinese situation over to? In a tweet, Gandhi asked:

“The Chinese have taken our land.

When exactly is GOI planning to get it back?

One tweet, two targets – one on the Chinese front and the other on the economic front, which the government says is in a mess because of an ‘Act of God’.

Defence Minister Rajnath Singh did not respond to Gandhi but he did hold a meeting Chief of Defence Staff (CDS) and three service chiefs - Indian Air Force, Army and Navy - to discuss the ongoing situation on the Line of Actual Control. NSA Ajit Doval also attended the crucial meet on the LAC tension.

Reports suggest India has taken over the control of some strategic heights in the Ladakh region and that has irked China.

Finance Minister Nirmala Sitharaman also has not responded to Gandhi but has instead put out a tweet saying the government has released Rs 6,195.08 crore to 14 states, which will help them meet expenses. What about their GST compensation? Hear some radio silence.

The government on September 10, 2020 released Rs 6,195.08 crore to 14 states as the sixth equated monthly instalment of the Post Devolution Revenue Deficit Grant as recommended by the 15th Finance Commission. This would provide them additional resources during the Corona crisis. pic.twitter.com/18PW6eqgnn

But singer and composer AR Rahman has been asked to speak up to a notice from Madras High Court on alleged tax evasion.

🙏🏼 Before democracy dies and there is no freedom of speech anymore I thought I should speak !

Drinking cow urine for Bollywood actor Akshay Kumar is, however, no big deal. We heard that cow urine admission from the horse’s mouth itself. If you are thinking the horse doesn’t speak, how do you know if you haven’t heard? What you see, exists. But what you don’t see, may also exist. Pardon the digression. Leave the horse alone; let’s get to the cow urine drinker actor. Akshay Kumar in a still from Toilet: Ek Prem Katha.

Akshay Kumar told survivor instructor Bear Grylls in an Instagram live that drinking elephant poop tea on Grylls’s show Into The Wild With Bear Grylls was no big deal because he had struck bigger deals like drinking cow urine for Ayurvedic reasons. Let that sink in in cow urine.

Former Indian Prime Minister Morarji Desai could and did drink his own urine. Desai was a long time practitioner of Urophagia, the consumption of urine. So strong was Desai’s belief in the power of urine that he once gave a 60-minute interview on the topic to American journalist Dan Rather. Desai said don’t just drink it, but also wash your eyes with it because if you wash your eyes with urine, you would never have cataract. Maybe the cataract surgery is simpler than going the urine therapy way. But we are free to choose our own ways.

The US today paid homage to those killed in the 9/11 attacks in 2001 in its own way, which was different from the way in which homage was paid until last year. Given the pandemic, most chose to pay their tributes where they were and not step out and gather in large numbers.

Doing things the way people want to do things is people’s fundamental right. Kannada actor Sanjjanaa Galrani refused to undergo a drug test citing fundamental rights. Galrani, who was seen on the show Mujhse Shaadi Karoge, wanting to marry former Bigg Boss contestant Paras Chhabra, was forcibly convinced to give her samples for testing. How do you forcibly convince someone? Law enforcement agencies know it like only they can.

Galrani was arrested in the Sandalwood drug case on September 8.

Today is September 11. We will now meet you on September 14. That is when Parliament session takes off. With job crisis, economic crisis, Indo-China border crisis, Kangana Ranaut’s demolished office crisis, Rhea Chakraborty’s bail crisis and Sushant Singh Rajput supporters’ justice crisis, be prepared to hear some loud cries being raised in Parliament.

Some crucial legislations would be passed too. We will get you more on the legislations and less on the noise.

Stay safe and, if you can, sane too.

#Jobs, #Shiv Sena, #Akshay kumar, #Kanganaranaut
The views and opinions expressed in this article are those of the authors and do not necessarily reflect the official policy or position of DailyO.in or the India Today Group. The writers are solely responsible for any claims arising out of the contents of this article.