YouTuber Karl Rock, who was blacklisted by the Indian government and had his visa cancelled, has now had a petition for advance hearing in the case dismissed by the Delhi High Court. The petition was filed by his wife Manisha Malick.

Famous New Zealand YouTuber Karl Edward Rice, popularly known as Karl Rock, is in a legal battle with the Indian government as his visa was cancelled and he was blacklisted in September 2020. He has not been able to return to the country since he left for Dubai.

In a latest development, the Delhi High Court has dismissed a petition of an advance hearing of the case moved by Karl’s wife, Manisha Malick, for quashing of the blacklisting case and the cancellation of her husband’s visa by the Indian government, Live Law reported.

Judge V Kameswar Rao, Judge of Delhi High Court hearing the petition, said that the case shall be heard only on March 21, the prescribed date, and there cannot be an advance hearing. He also said that since the period of ban imposed on Karl ends on February 23, 2022, the government will take a call on the case.

What is the whole case and why was Karl Rock’s visa cancelled and he blacklisted? Here is a recap of the case. 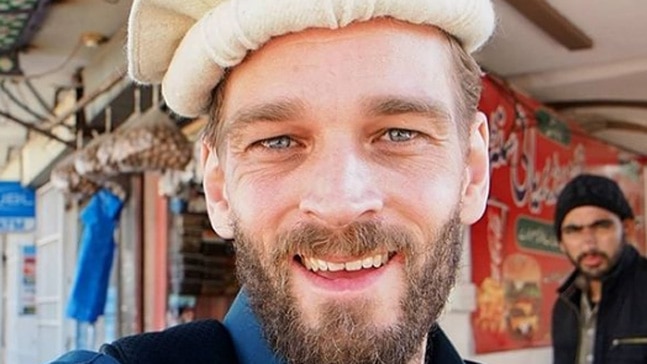 YouTuber Karl Rock is based in New Zealand but he has twin nationalities of New Zealand and the Netherlands. He has more than 19 lakh subscribers on his YouTube channel that shows making food, travel and tourist destination videos in India and Pakistan.

Karl has been visiting India since 2013. He had enrolled at the Landour School of Languages in Mussoorie but couldn’t attend because of the nationwide lockdown imposed in March 2020.

Karl’s visa was cancelled at the Delhi Airport while he was leaving India to travel to Dubai and Pakistan in October 2020. In Dubai, he had applied for a new visa and was then called at the Indian High Commission and told that he was blacklisted.

2. WHO IS MANISHA MALICK? In 2019, Karl married an Indian woman, Manisha Malick, a fashion content creator, from Haryana. She is the daughter of politician Prem Singh Malick who contested the Haryana Assembly elections in 2019 from Hansi constituency, Hisar district. In some of Karl’s videos, Manisha is seen praising Indian art and culture. In one of his videos, Karl was also seen campaigning for his father-in-law.

He, however, said that the video wasn’t intended for promotional purposes but it was for only telling the world how the Indian election rallies were.

Manisha Malick had moved a petition in July 2021 with Karl that sought to quash the blacklist order on Karl, which prevented him from entering India till February 23, 2022. The couple lived in New Delhi's Pitampura area.

Karl was granted an X-2 visa after marriage, which was to expire on May 5, 2024. The visa was meant for spouses and children of Indian nationals after Karl married Malick. A condition of the X-2 visa was that the person should exit India after 180 days or intimate the Foreigner Regional Registration Office (FRRO) concerned.

Manisha Malick moved the petition through her lawyer, advocate Fuzail Ahmed Ayyubi, who requested the court for calling records pertaining to the cancellation of visa and the unilateral blacklisting of Karl. Manisha through her counsel said that her husband Karl Edward Rice, as officially written in the government records, has not been able to enter India since October 10, 2020, ever since he left for Dubai.

5. WHY WAS KARL'S VISA CANCELLED?

According to the Ministry of Home Affairs, Karl’s visa was cancelled because of violation of terms and conditions of his visa. The ministry said that Karl was doing business activities on a tourist visa and also violated other visa conditions, Times of India reported.

#Breaking | MHA official: Karl Edward Rice, a New Zealand national, has been restricted from entering India till next year due to violation of terms and conditions of his visa. He was found doing business activities on a tourist visa and also violating other visa conditions

The MHA replied when a video of Karl was circulated widely on the Internet in July, 2021 where he talked of not being able to meet his wife for 269 days. In the video, he said that he had been unable to visit his ailing wife who had contracted severe Covid in 2020.

Though the MHA didn’t specify the kind of business activities Karl was indulging in while in India, in 2019, he was at a Citizenship (Amendment) Act protest site in New Delhi.  The video which he uploaded on his channel of the protest site is deleted now.

Karl, when asked about his participation in the protest, admitted that he did go there with his wife, but he said he didn’t know whether it is the reason for him being blacklisted, Indian Express reported. He also refused to speak further on the matter as the case was then sub-judice.

Karl met Manisha in Nepal in November 2021 as he was not allowed to visit India. He posted the video of meeting his wife after nearly 397 days on his YouTube channel.

#Manisha malick and karl rock, #Karl rock blacklisted, #Karlrock
The views and opinions expressed in this article are those of the authors and do not necessarily reflect the official policy or position of DailyO.in or the India Today Group. The writers are solely responsible for any claims arising out of the contents of this article.