Virtual wars are being fought over everything, from the amount of aid to the cause of the deluge. Both Malayalis and others have added to the noise.

Let me start with some disclosures, lest I am accused of bias.

Though work takes me all over the country, as a part-time resident of the Nilgiris, I have a sense of loyalty to both north and south India.

I am not one of those who believes the Kerala floods got excessive media coverage, overcoming the "tyranny of distance" despite Kochi being farther away (2,082 kms by air) from Delhi than Guwahati (1,457 kms by air) because of the south Indian dominance in media. That is because I know for every Malayali in the newsroom there are at least two Bengalis. Besides, Bengal and Kerala have a natural affinity going beyond Marxism and fish. 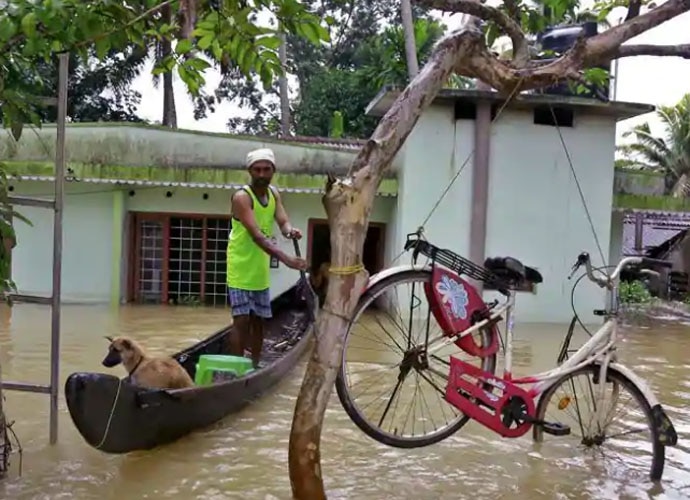 These are the only two states left where Sunlight detergent powder still sells. So, this is as objective an analysis as one can get.

One understands there is a difference between places where floods are an annual phenomenon and where it is the worst in a 100 years — as was the case in Kerala. It is not that the frequency makes one disaster less catastrophic than the other.

Apart from the scale of the devastation, there will always be a difference in the preparedness of the people in coping with the calamity and the emergency response system, the state administration that governs areas more prone to floods puts in place. So, it is perhaps excusable that floods in Bihar or Bangladesh get lesser air time than, say, if monsoons or hurricanes sweep Kerala, Miami or Houston. This used to be known as the natural law of headline selection, but is now called the algorithm of #hashtag creation.

Now that the waters have receded and the emotions ebbed, what stands out and sets apart the Kerala flood relief efforts are the way citizens and politicians closed ranks and the response of the bureaucracy. That not only the citizens but the diaspora was mobilised in such a short time is another story that can be kept for a later piece.

Undoubtedly, much of the credit must go to chief minister Pinarayi Vijayan, who led the relief efforts from the front, calm and composed, like a benign patriarch of a large family in a crisis. Once in a century: This has been called the worst flood to hit Kerala in a 100 years. (Source: India Today)

Undoubtedly, Vijayan would have earned the respect of citizens cutting across political affiliations, religious and social contours. But he deserves maximum admiration for the maturity and grace which he displayed in dealing with an adversarial government at the Centre, especially the Prime Minister. There is much more that can be said of his party colleagues in the Politburo, who never miss an opportunity to score a point to put down Narendra Modi. It was a smart move, if it was indeed a deliberate one, to keep the CPI(M) stalwarts away from the scene of action.

Another aspect that distinguishes the Kerala politicians from their camera-hungry counterparts in the north is to go about their work quietly away from the TV glare. This is in sharp contrast to certain Page 3 politicians who are seeking photo-ops dressed to perfection with no detail missed out — including pocket squares and tri-colour angavastram.

Hardly any MP from Kerala came before the cameras through the crisis to make needless statements. However, one did feel the strange need to travel to Geneva to discuss aid possibilities with the United Nations.

Spent half an hour debriefing Chief Minister ⁦@vijayanpinarayi⁩ at his home last night on my discussions in Geneva. We spoke in detail about the way forward for the state after the #KeralaFloods. Agreed on the need to #RebuildKerala in a way that such a tragedy won’t recur. pic.twitter.com/NyuiyKzu1c

At whose bidding or mandate he undertook this unusual trip, seeking special leave from a court that had restrained him from travelling out of the country, still remains a matter of speculation. 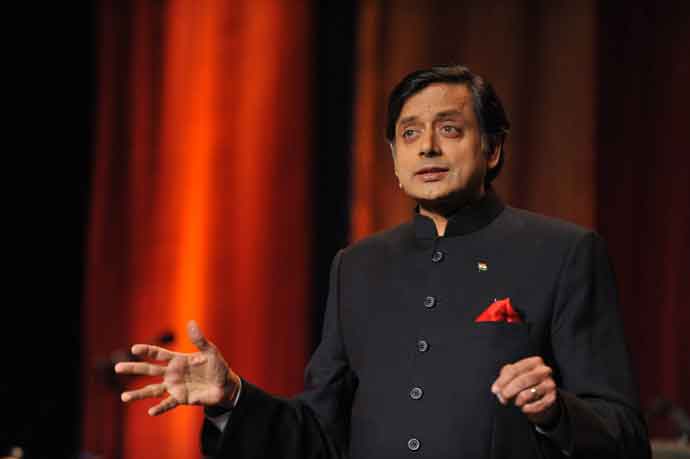 Despite the floods, not a crease in sight. (Photo Credit: Wikimedia Commons)

Barring this solitary instance, there have not been any major reported cases of fishing, quite literally, in troubled waters as it were.

The political wars were playing out primarily on the virtual battleground of social media and national TV channels (the local and regional channels were doing a fabulous job of actual reporting, steering clear of controversy). This was, perhaps, symptomatic of, to pick two of the most abused terms of these times, the "polarised" world of "post-truths" we live in today.

This is not the first time the south of India has been hit by a natural catastrophe.

Apart from the tsunami of 2004, there have been several other floods and cyclones. Though none were of such gigantic proportions, one cannot recall hearing anything either about the "north-south" angle in allocation of budgets or any religious dimensions to the relief and rescue work.

Perhaps because those were days before Twitter and hashtag journalism.

One also did not sense any tussle between political or social organisations to prove "my relief is better than yours".

After any such event there is always a little posturing between the central government and the concerned state government on the quantum of aid.

But that's usually in the spirit of a fraternal feud and is always amicably settled. Never did one hear about state leaders passing value judgements on the adequacy of the central grant.

On most such occasions, other states come forward with donations depending on their financial capacities. The same happened in the case of Kerala too.

However, what followed was pathetic.

Most certainly, there was no tally drawn up by media or politicians on say how much did the BJP-ruled states contribute in comparison to the non-BJP ruled states. It may not have been exactly cooperative federalism in action but it was not competitive federalism either.

What a fact manufacturing machine you guys are!! Where does Kerala stand and how much it contributes as taxes....official data is here for every body to see!Many COW states hv contributed for flood relief without looking at balance sheet for their Indian brothers! pic.twitter.com/s7BzcGWP9A

It also reflected the amount of political insecurity that has crept into our leaders. Every event is seen as an opportunity for political consolidation. An inundated state is not a piece of cake, notwithstanding the colourful graphics of 'God's Own Country' pervading the cyberspace, to be shared among political parties. Nor can the woes of people be measured in terms of their contribution to the country's GDP.

Therefore, all insinuations of north-south divide were malicious and motivated.

However, strangely this angst seemed to burn the commentariat more than the real stakeholders.

That manufactured propaganda could make its way even into a human tragedy shows the extent to which our polity has been vitiated. The giga-bytes of op-ed written and prime-time TV wars fought over the alleged Rs 700 crore offer of aid from UAE, would make a lot of journalists feel embarrassed in retrospect. This is symptomatic of a new malady where established mainstream journalists feel competitive pressure from "Johnnies-come-lately" social media warriors and quickly take positions, pontificate and editorialise on non-issues.

That takes one back to one of the original postulates of charity - you reap what you sow.

The gods of social media may not curse you with flood, but if you spew venom it can come back to burn you with hate.

#Narendra Modi, #Pinarayi Vijayan, #Kerala rescue operations, #Kerala floods
The views and opinions expressed in this article are those of the authors and do not necessarily reflect the official policy or position of DailyO.in or the India Today Group. The writers are solely responsible for any claims arising out of the contents of this article.