The court has said that the child rights commission has no authority to override the school's expulsion diktat.

Mark Twain rightly said, "In the first place God made idiots. This was for practice. Then He made school boards."

These words, penned by the author in 1897, sprung back to relevance in the 21st century after a school in Kerala's Thiruvananthapuram expelled two students - a girl and a boy - for hugging each other in July this year. Surprisingly, on December 12, the Kerala High Court passed an order against the State Child Rights Commission as well as the boy, who is a victim in the case.

It is important to revisit the sequence of events in the case to understand it better. The two students in the eye of the storm are students of Class 12 at St Thomas Central School, Thiruvananthapuram. During a function on July 21, the boy hugged his female friend after her performance. A complaint was filed thereupon by the class teacher with the school authorities, and the students were barred from attending classes for the next few days. Why? Because the hug was reportedly against the school's code of conduct, which bars students not just from hugging each other but also shaking hands.

The parents of the students were called in by the management. Pictures of the hug shared on the Instagram accounts of the students were clandestinely collected to establish the "obscenity of the hug". The female student was slut-shamed and her parents reportedly insulted. The male student was called names tantamount to being desperate and sexually abhorrent. Subsequently, a probe panel was constituted in the school that ordered the immediate dismissal of both the students.

However, the boy got interim relief from expulsion after he approached the Child Rights Commission of Kerala (hereinafter "commission") against the impugned inquiry commission order. The management of the school, by way of a writ petition, contested the jurisdiction of the commission to (a) pass interim relief orders and (b) to pass any order to be followed by the school.

The court has observed that the commission had no authority to pass interim orders under Section 14 of the Protection of Child Rights Act, 2005. As per the court, the commission's invocation of powers of a court, enshrined in the Code of Civil Procedure 1908, (CPC) must be limited only to functions related to investigation, and not beyond.

In the opinion of the court, invoking Section 94 (e) [Authority of the court to pass interlocutory orders] and Section 151 [Saving of Inherent Powers of Court] of the CPC by the commission was beyond its authority. The court substantiates its point by stating that Section 14 uses the word "inquiry" and not "trial" and therefore only the provisions enshrined in the CPC with regard to "inquiry" may be invoked by the commission. It is argued that functions of interim orders and inherent powers are for broader purposes of trying suits. This means, the power of the commission is limited only to compelling the presence of witnesses, issuing summons and other inquiry related steps.

Although this amounts to a very reductive reading of Section 14 of the Child Rights Act, Section 15 of the Act justifies the court's position. As per Section 14, the commission has all powers of a court, trying a suit, while probing matters before it.

The Supreme Court verdict in the Zenit Mataplast vs State of Maharashtra (2009) case is an important judgment on the conditions for passing interim orders.

The Supreme Court stated that interim orders may be passed during the course of trying a suit only if three conditions are satisfied. One, the applicant must make out a prima facie case in support of the right claimed by him; two, the applicant must further satisfy the court by establishing that he may suffer irreparable injury if the injunction as prayed is not granted; three, there is no other remedy open to him. 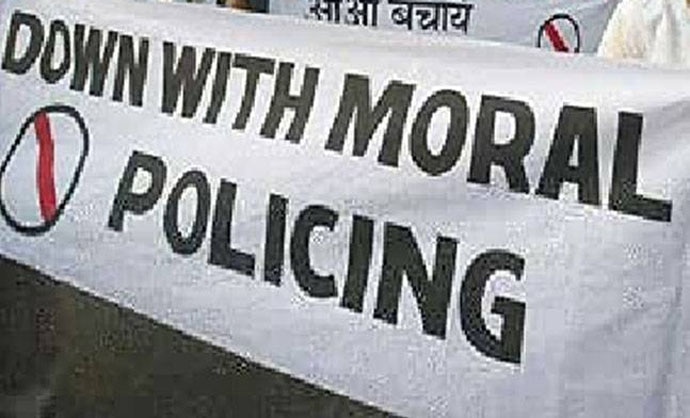 It may seem that the commission was well within its power to pass an interim order reinstating the student, given that it would be part of trying a suit. However, Section 15 of the Act unequivocally states that the commission, after conducting an inquiry, may only recommend measures (interim and otherwise) to the government, higher judiciary or any other authority. Therefore, it is clear that the legislative intent itself is to give the commission limited powers.

While the high court was technically right in invalidating the commission's order, it is surprising that it would not invalidate the school's order invoking its inherent power under Section 151 of the CPC considering the court went to the length of empathising with the children's future in the judgment.

It is even more surprising that no censure came from the court against the school's acts of slut-shaming the children or illegally procuring their Instagram posts as perverse "evidence".

While the order of the commission is commendable, keeping in mind the best interests of the students, the disproportionate quantum of the school's punishment and balancing the ends of justice, it is unauthorised to pass orders, interim or otherwise. The body, as per the functions listed for it under the Act, is meant to be merely a body to engage in awareness, policy-research, advocacy and formulating guidelines and support systems. In terms of grievance redressal mechanisms, the body is relegated to play merely a quasi-judicial role - conduct inquiries and make recommendation for action to a higher authority.

Needless to say, in a time and age where education is being consistently exploited, commercialised and rampantly abused, giving only limited powers to a commission exclusively meant to deal with child rights is not right. Schools and universities continue to use archaic, patriarchal and regressive notions of morality to curb the rights of students on the pretext of discipline.

A strong body with the power to quash such ill-informed orders is the need of the hour.

Also read: How Christmas in India turned into a season of retail and restricted festivities

#Kerala school, #Child rights, #Kerala High Court, #Hugging row
The views and opinions expressed in this article are those of the authors and do not necessarily reflect the official policy or position of DailyO.in or the India Today Group. The writers are solely responsible for any claims arising out of the contents of this article.