Speculating on sexual orientation is not the school’s job and is unjustifiable.

In the latest development in the bizarre tale unfolding at a Kolkata school where 10 girls were recently asked to write confessionals that they are “lesbians”, West Bengal education minister Partha Chatterjee has stated he will ask the school what prompted it to take the reprehensible step.

Chatterjee’s concern, however, is not with respect to the students, but about the “ethos of Bengal”.

“In the past, we had never received reports of such incidents in the state’s educational institutions. If such an incident (lesbianism) had indeed happened, it would be against the ethos of our state. I will ascertain from the school management what prompted them to secure the written admission from the students,” Chatterjee said on March 14. 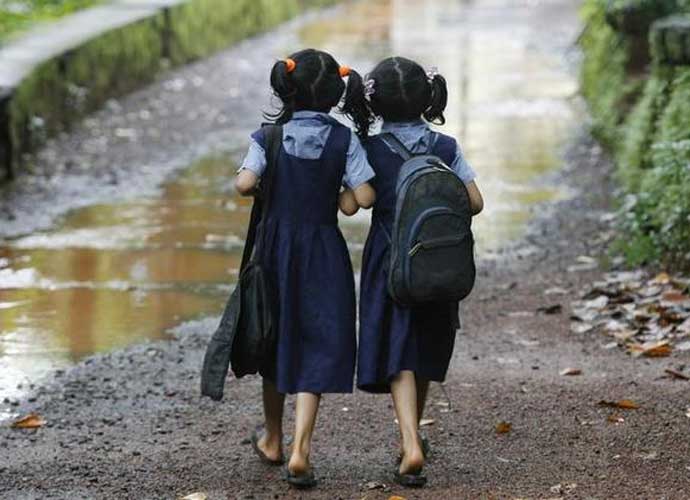 Before that, around a week ago, the school had made the girls write the confessionals after some students complained against them. The parents of the girls had on March 12 staged protests outside the school. Later, the school said the issue had been “blown out of proportion”, and it was a mere “misunderstanding” with the parents.

The incident is problematic on multiple levels, and exposes not just the homophobia still rampant in society, but also the utter lack of sensitivity of an institution that is supposed to shape young minds.

First, homosexuality is not a crime that you confess to. By treating it as “mischief” and aberration, the school is sowing the seeds of homophobia in its students early on.

Second, the girls are teenagers. This is the stage where children begin exploring their sexualities. By assigning labels to them, the school is interfering with their self-expression, and inhibiting them in harmful ways.

Speculation on the sexual orientation of teenagers is not justifiable in any way – children at this age are sensitive, and such incidents can scar them for life. Also, every person has the right to decide on their sexuality, depending on their experiences, inclinations, and choices.

Third, and most importantly, it is not the school’s job to predict its students’ sexual orientation, and then proceed to “correct” them.

Worryingly, the education minister of the state, instead of rapping the school administration, has displayed the same narrow, regressive understanding of the issue, which shows how biases and discrimination are institutionalised in our society.

According to a parent, the girls are as young as 13. If the school was indeed concerned about their sexual activities, it should have organised sex education sessions for them, and made sure they knew about safe sex. However, the way the school has handled the issue shows that not just students, but even teachers and school administrations in India need sex awareness and sensitisation classes.

13-year old doesn't know meaning of lesbian. Those who wrote it were forced to do so by school. This is being done to suppress molestation case on one of their employees: Victim's father on students allegedly made to write they are lesbians by Kamala Girls' school #Kolkata pic.twitter.com/ZweRv6yfkw

According to one of the students, the school asked them to write “that you have put your hands in your friend’s blouse; that you’ve tickled them under their skirt, hugged them and held their hands”.

Forcing 13-year-olds into “confessing” about sexual activities is downright dangerous – it violates their privacy, and teaches them that sex is wrong and shameful. Unhealthy attitudes towards sex at an early age can lead to misguided notions about intercourse.

Schools are run by those prone to their mental blocks. This is why the government needs to make counselling services by qualified professionals mandatory in all schools, so that children’s minds are not at the mercy of individual biases.

In the same school in February, a non-teaching male staff was arrested on charges of sexually abusing a class 9 student. Some parents have alleged that the “lesbianism controversy” was manufactured to deflect attention.

If the allegations are true, the school’s conduct is morally indefensible. This is what the government needs to be probing, instead of whether or not “lesbianism” is prevalent in schools.

Also read: Love in the time of depression and anxiety