No, MacKenzie Bezos is not the 'richest woman with divorce'. She is a novelist and an entrepreneur herself

Get over your sexism - women who receive a pay-out after a divorce are not 'gold-diggers'. They are only getting their fair share of what their marriage has entailed.

What does the world’s ‘richest woman with divorce’ mean?

Well, we didn’t know before Amazon founder Jeff Bezos and his wife MacKenzie Bezos (author of The Testing of Luther Albright and Traps) announced their intention to end their 25-year-long marriage. The impending divorce would apparently make Mackenzie the world’s 'richest woman with divorce' — implying that she wouldn’t have made large unless she’s divorced because otherwise, how can she claim her $69 billion stake in the company?

Francoise Bettencourt Meyers, the granddaughter of the founder of cosmetics manufacturer L’Oreal SA, is so far the richest woman in the world — her net worth being $45.6 billion. But is she called the ‘richest woman with a grandfather’?

According to reports, the state of Washington, where Amazon is based and the couple have a home, is a community property state. All property and debt acquired during a marriage “will be divided equitably by the court if the couple cannot negotiate an agreement,” according to the website of McKinley Irvin, a family law firm in the region. 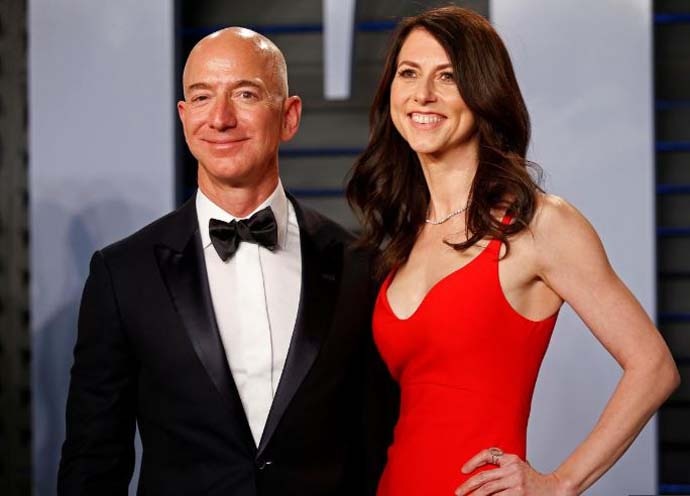 Though the company has not yet commented on how the assets would be divided between Jeff and MacKenzie, investors are worried about how the separation would shake up the company.

And it is being hammered home repeatedly how the decision came little more than a year after Jeff became the world’s richest person.

Where do all these hurried calculations and far-fetched speculations leave us?

At the same old stale point — we're still labelling women as 'gold-diggers', which means, of course, labelling them as the ‘richest woman with divorce’ comes but naturally.

This sexist way of looking at women totally overlooks all the effort that a woman puts into her married life — which includes work and business ventures a married couple begin. In the Bezos case, the duo not only built their family together but also built the company together, in the 'converted garage', in the 'basement warehouse closet', in the 'barbecue-scented offices', in the 'Christmas-rush distribution centres' — all that qualified as 'Amazon offices' before the Amazon we know started.

There is therefore a serious financial and entrepreneurial contribution made by MacKenzie in the journey of Amazon.

It is therefore only fair for her to receive her fair share.

Of course, alongside, all the trauma of ending such a long journey, with four children, remains overlooked by the 'gold-digger' gang as well. The reason for the marriage breaking down has reportedly been attributed to Jeff's alleged affair. This is speculation; the only fact is, the Bezos marriage is over.

According to interviews, Jeff and MacKenzie met in New York DE Shaw, a global investment firm. Jeff interviewed MacKenzie for a role at the hedge fund and the duo ended up with offices next to each other. In 1993, they got married and settled in Seattle, where Amazon was later founded.

"When you have loving and supportive people in your life, like MacKenzie, my parents, my grandfather, my grandmother, you end up being able to take risks," Jeff said on numerous occasions.

Yet, we are so quick to forget this woman's constant share in this marriage and this company — and so quick to define MacKenzie now by the 'fortune' she gets to possess through her divorce.

It might be the costliest divorce. But along with its pain, MacKenzie will only walk away with her fair share. And not some gold-digger's treasure trove.

For anyone who can't see that, it's time they had their views examined.

Also Read: Why Hardik Pandya’s misogyny on 'Koffee with Karan' should be treated as hate speech