DailyOh! Mamata Banerjee's letter to Opposition 15, to who is a Shandilya

Mamata Banerjee wants the opposition to get together against the BJP’s ‘assault on democracy’. 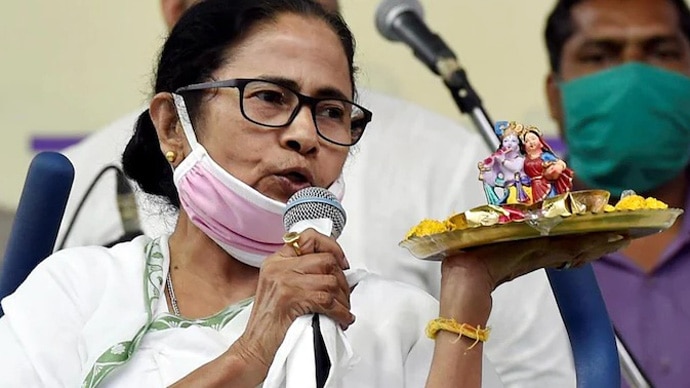 All of them are openly fighting the BJP, except perhaps, NCP chief Sharad Pawar, who recently met BJP leader Amit Shah.

“I am writing this letter... to convey my serious concerns over a series of assaults by the BJP and its government at the Centre on democracy and constitutional federalism in India,” she wrote. Voting will take place in West Bengal tomorrow for 30 seats, but the 29 are out of focus because all the exciting hocus-pocus is coming from just one —Nandigram. Some hamba hamba, ramba ramba, kamba kamba, dumba dumba, bomba bomba came from Murshidabad too, but Murshidabad will be going to polls in phase-7 (April 6) and phase-8 (April 29). Tomorrow is phase-2 of the polls. And the hocus-pocus surrounds Mamata Banerjee’s gotra (sub-caste). Addressing a rally yesterday, Mamata said that while she was visiting some temples, the temple priest asked her about her gotra. She told the priests, “Ma, Maati, Manush (Mother, Motherland and People).”

Yesterday, however, Mamata admitted to ‘misinforming’ the priests, because her gotra is Shandilya and not ‘Ma, Maati, Manush’, which is no gotra at all, quite like how humanity is no religion at all.

But Shandilya is a gotra. Do you know who Shandilya was? Shandilya was a sage known as Rishi Shandilya and all those born from him and those born from them are Shandilyas. Brahmins, we all know, were considered to be the highest of all. But even among the Brahmins, there was a hierarchy. Shandilyas are among the highest of eight Brahmin gotras. Shandilya, the Word Of The Day, is derived from the Sanskrit words ṣan, meaning full and dilam, which means Moon. With the derivative ya added, Shandilya means "the one of the full Moon". One who is a descendant of the Moon-God is a Shandilya.

During elections, all politicians are descendants of just one God — the Voter God.

To pull voters on the BJP side, Union minister Giriraj Singh has alluded to Mamata Banerjee belonging to the Rohingya clan and Mamata’s party colleague Mahua Moitra has said that it is better than “being from the Chotiwala Rakshasa Clan!” Hocus-pocus, votes the sole focus. Let’s shift focus from West Bengal to Tamil Nadu, where Udhayanidhi Stalin, the son of MK Stalin, took on Prime Minister Narendra Modi today after Modi took on Udhayanidhi yesterday. Let us go back to yesterday. PM Modi was in Tamil Nadu and called Udhayanidhi Stalin a "crown prince" alleging that he had sidelined several senior leaders of DMK to become a candidate in the 2021 Assembly Election, with his father's support. Udhayanidhi today asked Modi, “Where is LK Advani.” Udhayanidhi said that Modi, who was the Chief Minister of Gujarat, became the Prime Minister after sidelining several other senior national leaders.

Father Stalin doubled up the attack on the PM for saying that insulting women is a part of DMK and Congress’s culture. MK Stalin questioned Modi about the Pollachi sexual abuse and harassment case involving a woman IPS officer. What’s the Pollachi case? A woman SP had complained of harassment at the hands of Special DGP, who was considered close to CM Edappadi K Palaniswami.

The electoral fights are being fought openly, but the Supreme Court-appointed panel on farm laws has submitted its report to the Supreme Court in a sealed cover. The report was submitted on March 19, but the news has come out now. The findings though have still not come out, but will come out when the time is right.

While the validity of a delinked PAN card ends tomorrow, vaccination of all 45-plus people takes off tomorrow. Anyone born before January 1, 1977, with or without comorbidities, can opt for the vaccine. At present, India is vaccinating 20,00,000 people per day. From tomorrow, India aims to vaccinate 50,00,000 people per day. You see, 88 per cent of those who have died in India so far due to Covid, were above 45 years.

Rishabh Pant, who is just 23, will captain the Delhi Capitals team in the Indian Premier League (IPL). Pant, you might know, was born in Uttarakhand. When he was 12, he was training under a coach named Tarak Sinha. Sinha is the same coach under whom Shikhar Dhawan has received training. But when Sinha sensed the potential in Pant, he suggested that Pant should go to Rajasthan for better training. Pant followed his coach’s advice and represented Rajasthan at U14 and U16 level. It turns out, Pant was ousted from the Rajasthan cricket circle because he did not belong to the circle. The boy from Uttarakhand was reportedly considered an outsider in Rajasthan. 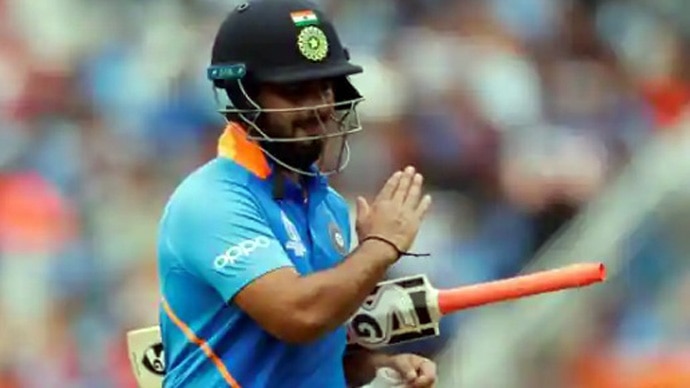 So Pant moved to Delhi and before his 18th birthday, he made his first-class debut for Delhi. While Pant changed locations for his cricketing career, he got the opportunity to be Delhi’s captain because captain Shreyas Iyer suffered a shoulder dislocation during a match with England. Iyer will undergo surgery on April 8, a day before IPL 2021 kicks off. It is expected that he will take about five months to recover.

That is a long time for a sportsperson to stay away from sports. Staying away from planet Earth, hanging in space, can cause the hearts of astronauts to shrink. That happens because of weightlessness, not less weight. Researchers came to the conclusion after Scott Kelly came to Earth. Kelly had been in space at the International Space Station (ISS) from 2015 to 2016. Scientists found that hanging in space had the same impact on Kelly’s body as swimming had on swimmer Benoit Lecomte’s 2018 laps across the Pacific. What was common to both? Weightlessness.

What’s standing between advocate Saurabh Kirpal and judge Saurabh Kirpal is again a matter of the heart. Chief Justice of India, SA Bobde, has written to the Centre to clear its stand on the reason for the delay in accepting the recommendation by the Delhi HC collegium to elevate advocate Saurabh Kirpal as a judge. Intelligence agencies had red-flagged Kirpal’s elevation, saying his partner’s foreign nationality may pose a “security threat”. Sources say the issue is related to Kirpal being gay and the fact that he was part of the team of lawyers that argued the case against the criminalisation of homosexuality in the Supreme Court.

The fights you fight can push you towards fighting other fights.

Yes, Singh has spoken up against Deshmukh, but Singh also remained silent till he was shunted from the police chief’s chair.

If you don’t want to get into fights, you can watch Anandi Gopal, which is a biographical film on the life of Dr Anandibai Joshi, India’s first lady doctor. Why today? Today is her 156th birth anniversary.

Today also happens to be the death anniversary of legendary actor Meena Kumari. So chalte chalte, we recommend you listen to Chalte Chalte.

Also read: Nandigram will prove why elections in India are a one-day match

#Narendra Modi, #Gotra, #Shandilya, #Mamatabanerjee
The views and opinions expressed in this article are those of the authors and do not necessarily reflect the official policy or position of DailyO.in or the India Today Group. The writers are solely responsible for any claims arising out of the contents of this article.