DailyOh! Why Melania wants Donald Trump to concede defeat, to who will win Bihar tomorrow

Melania Trump is reportedly in a hurry to walk out of the White House.

Bihar will start doing its maths when you might still be sleeping tomorrow. If the maths done by the pollsters involved in exit polls holds, RJD leader Tejashwi Yadav would become the youngest Indian Chief Minister at 31. That won’t happen tomorrow but on the day that is set for Tejashwi’s swearing-in ceremony. The ceremony may not happen if the exit polls go wrong. If they go right, trust the celebrations to be big.

Today’s celebrations on Tejashwi turning 31 were however small and quiet with just the family around. 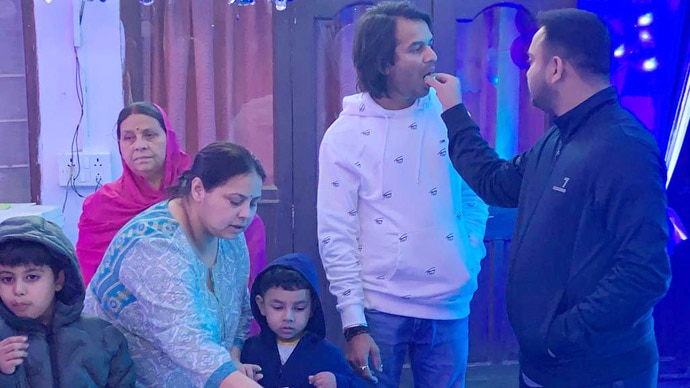 In the US, results have been declared and Joe Biden has emerged as the President-elect but standing in his way is incumbent President Donald Trump. Since there is no central election commission in the US, states declare individual results and they are counted together. The loser concedes defeat and the winner humbly accepts the win. But Trump has declared, “I won the election, by a lot!”

I WON THIS ELECTION, BY A LOT!

His wife Melania Trump is reportedly trying to convince him about the count and asking him to concede defeat. The reason for Melania’s push could well be above and beyond constitutional morality, whatever that means. Melania, Donald Trump's third wife, if sources are to be believed, is in a greater hurry to leave White house than Joe Biden is in to get into it. Former aides claim, Melania is counting every minute. Melania is reportedly not as opposed to the White House as she is with the man she shares it with. Trump must leave the office gracefully now so that Melania can begin the process of leaving Trump. For the process to start, he must concede defeat. Donald Trump has been married to Melania since 2005. (Photo: Reuters)

Concede, the Word Of The Day, comes from the Latin word concedere, which is made up of ‘con’ meaning completely and ‘cedere’ meaning yield. To yield completely is to concede. To concede something, it is important one had first denied it. Oxford dictionary defines concede as ‘to admit that something is true, logical, etc, after first denying it or resisting it’. Trump has done Step 1. He can now go to Step 2.

The modern US presidential concession call, in which the losing candidate reaches out to the winner to say, “Hey, it’s yours, good luck,” started in 1896. That year, William Jennings Bryan sent William McKinley a telegram conceding defeat. Now, Trump refusing to concede makes no difference to Joe Biden taking over. It’s nothing more than an athlete refusing to shake hands at the end of a game. But Trump has gone beyond and filed several lawsuits in state Supreme Courts saying the counting was fraudulent. Even if one state gives him a favourable ruling, the matter could reach US Supreme Court and prolong Melania’s stay with him. But Trump needs to provide evidence to win. So far he has shown to have none.

From White House, let’s get you to Capri Heights in Bandra, Mumbai, where the Narcotics Control Bureau (NCB) today conducted raids for substances that give a high. NCB is not searching the whole high-rise but only actor Arjun Rampal’s house. The search is in connection with the Bollywood drug probe being carried out by the agency after actor Sushant Singh Rajput’s death. Last month, Agisialos Demetriades, brother of Arjun Rampal’s girlfriend Gabriella Demetriades, was arrested by the NCB in another drug case. Bollywood producer Firoz Nadiadwala's wife Shabana Saeed, you know, was arrested yesterday by NCB.

Since, we are in Mumbai, let us also tell you that BMC has imposed a ban on fireacrackers this Diwali. When the clock strikes 12 tonight, all kinds of crackers would stand banned in the National Capital Region. The National Green Tribunal, which has imposed the ban, said the ban will remain imposed till November 30. The attack that pollution has launched on human lungs notwithstanding, many have called the ban an attack on Diwali. The logic is an assault on (un)common sense. Delhi is going thought its third and worst - worst so far, that is - wave of coronavirus cases. Pollution spike has meant people getting infected are suffering more because both pollution and Covid go for the lungs.

The Air Quality Index (AQI) has been hovering in the very poor and severe categories – AQI of 300-500 - for the past few weeks and is likely to remain so over the coming week because farm fires are all lit up in Punjab and the wind speed is low. 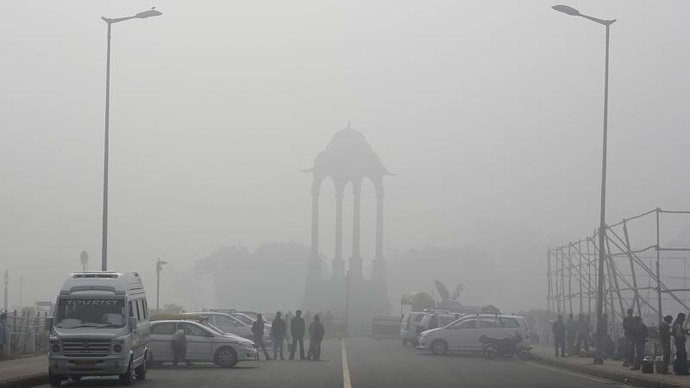 Pollution in the national capital region is hazardous. (Photo: PTI)

The AQI system of measuring pollution was introduced in India just five years back in 2015. We learnt that from the US, which refuses to learn from us how to hold elections. In the US, EPA revised Pollutant Standard Index in 1999 and changed its name to AQI. What AQI measures apart from other pollutants is Ozone and PM 2.5 levels in the air. In India, AQI takes into account six pollutants – PM2.5, PM10, nitrogen oxides, sulphur dioxide, ozone, and carbon monoxide. China, Hong Kong, Mexico and France also use AQI to gauge pollution and issue smog alerts. The alerts kick in pollution emergency measures. The ban on crackers is one of those measures.

Delhi University says it has many measures in place to address financial problems being faced by students and also some to address their mental health problems. Yet, Aishwarya Reddy, a student of Lady Shri Ram College for Women, died by suicide at her home in Telangana as her father’s financial situation worsened during the lockdown and she could not get access to a laptop to attend online classes. The matter was raised by Congress leader Rahul Gandhi on Twitter after media reported the death. Gandhi blamed not just Covid, but also BJP government’s demonetisation for the incident. 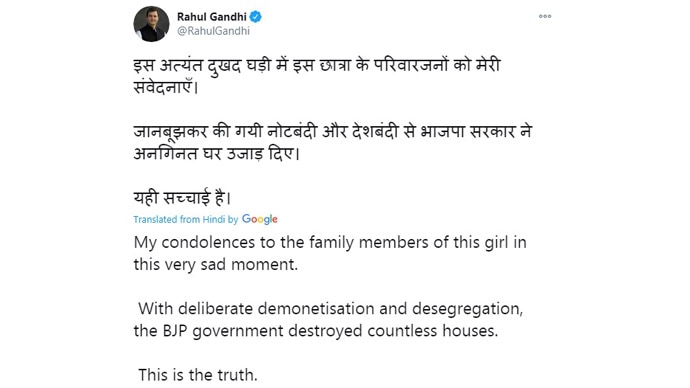 PDP leader Mehbooba Mufti, on her part, said Trump is gone and so will the BJP be. Coming to the White House are Joe and Joe’s wife Jill. Also, coming to the White House is Major. Major is the first rescue dog to make it to the US President’s abode. While many presidents have brought in their pets, Major will be the first animal from an animal rescue shelter to make an entry. All presidents are but guests in the White House, getting to stay as long as their term lasts. The Guest, however, is a short film by Ayappa KM, that you can watch in just about 8 minutes. But you will keep thinking about it long after the 8 minutes.

Before you get to thinking about The Guest, let us tell you that data of 2,00,00,000 BigBasket users has been compromised. BigBasket claims the only data that has been hacked are people’s phone numbers and email IDs, but not their bank or card details.

We will be back tomorrow with Bihar election results and more.

#Donald Trump, #Tejashwi Yadav, #Joe Biden, #Melaniatrump
The views and opinions expressed in this article are those of the authors and do not necessarily reflect the official policy or position of DailyO.in or the India Today Group. The writers are solely responsible for any claims arising out of the contents of this article.