Mirzapur itself is missing from Amazon series 'Mirzapur', but Pankaj Tripathi shines

Almost all the characters abuse, and abuse a lot, but fail to give it the piercing edge characteristic of the part of India the series deals with.

We all know when someone is shot at, blood oozes out and spills.

What many of us might not have known or imagined, however, is that when a bullet (or bullets) is fired at someone from close range, bits of flesh also come out. These bits of flesh — mixed with blood — get splattered on the victim’s body and the walls or the things lying nearby. Blood drips from those pieces, which appear to be pulsating, for minutes after they are detached from a person’s body. 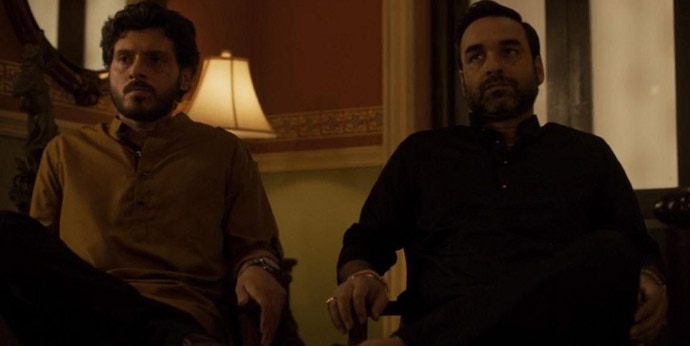 Mirzapur fails to look and feel rugged like Gangs of Wasseypur. (Source: A still from Mirzapur)

This is the only piece of information about violence — you can call it knowledge too — that the Amazon web series Mirzapur has to offer. There is hardly anything about violence, and the coldness with which it is executed, which hasn’t already been shown and forced down the audience’s throats in the name of showing the brute reality of India’s Hindi heartland.

Also, there is nothing that the nine-episode series can tell you definitively about the eastern Uttar Pradesh district.

Mirzapur itself is missing from the series Mirzapur.

Unlike Gangs of Wasseypur (2012), which wears the ruggedness of Wasseypur on its walls and lanes, its characters, its dialogues, and most importantly, in its abuses, Mirzapur fails to underline any sign of distinction about the place, infamous for violence — both of the communal and physical kind.

Forget Mirzapur, one would have to struggle hard to find even traces of UP in this series, sans for the part played by Pankaj Tripathi (Akhanda Tripathi aka Kaleen Bhaiya), the only saving grace in the series.

The focus of Mirzapur seems to be on depicting violence, and the exploits of violence, artistically and in order to ensure the viewer doesn’t miss the point, the camera zooms in and stays focussed on heads spilt wide open and limbs dismembered.

The perils of this technique lie in stealing the subtlety that makes the depiction of gory details poignant and succinct — but more importantly, it can lead to viewers feeling repulsed. Violence can actually repel a lot of viewers if not depicted sensitively. (Source: A still from Mirzapur)

The series centres on the fight to gain control over Mirzapur’s dark underbelly, which is a heady cocktail of drugs, arms, politics and compromised law enforcement. A perfect plot to get the viewers hooked onto binge-watching the show.

However, both the intelligence and empathy to deal with the subject are missing.

In the first season of the series, the control over Mirzapur rests with Kaleen Bhaiya, whose son, Divyendu Sharma (Munna Tripathi), betrays no sign of the ability to take the reins of power from his father.

Munna’s character fails to even get the UP accent right, forget about getting into the nuances of Mirzapur.

This holds true for most characters.

Almost all the characters abuse — and abuse a lot — but fail to give it the piercing, uncouth edge which is characteristic of the part of India the series deals with.

These abuses could easily have been hurled in Mumbai or Delhi — but not in UP, and certainly not in Mirzapur.

The two men chosen by Kaleen Bhaiya to ‘spread his businesses’ — Guddu and Bablu — played by Ali Fazal and Vikrant Massey, look confused and absolutely innocuous. You would wonder why anyone should be afraid of pistol-wielding Guddu Pandit and Bablu Pandit in a place where kattas are available for as cheap at Rs 1,500. They don’t have overbearing, imposing personalities. Guddu is huge but fails to evoke fear. Bablu is by far the most unconvincing goon ever. Guddu and Bablu fail to evoke fear. (Source: A still from Mirzapur)

There is nothing frightening about the two men — presented as the right and left hands of Kaleen Bhaiya — tasked with spreading terror to give a boost to the sales of arms and drugs in the area.

Now, to the real tragedy of Mirzapur — a web series gave us hope of seeing better acting with well-researched plots and nuanced backgrounds, as a relief from Bollywood which has more stars than actors and most projects centrered around the stars. But if the pressure to churn out content on a web series too compromises on quality, we may soon get back to regular TV.

So, should you give this show a slip?

You must watch it for Kaleen Bhaiya. He is ruggedly sexy, and like whatever Pankaj Tripathi has done so far, he is brilliant in this show too. 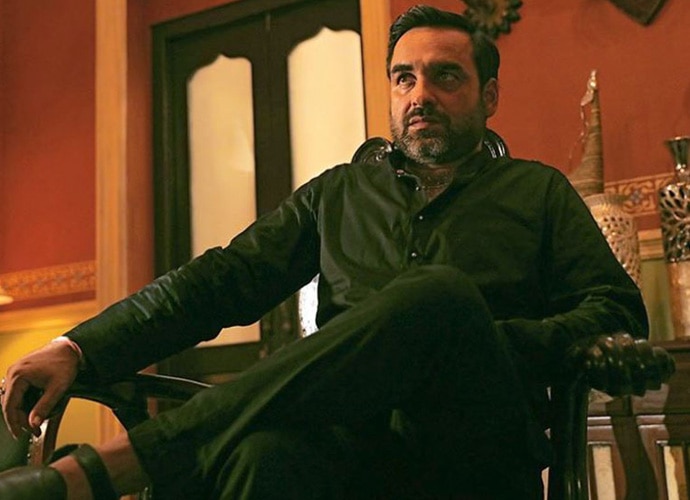 Pankaj Tripathi gets under the skin of Kaleen Bhaiya and slays the role. (Source: A still from Mirzapur)

Tripathi shows how crime is normalised and how even dons can fail to rule over their families, or satiate the carnal desires of their wives, who then use servants to derive sexual gratification, or control their wayward, dimwit sons.

A don is a family man too.

And Tripathi switches between the two sides with ease, like only he can.

Tripathi has gotten under the skin of Mirzapur don, Kaleen Bhaiya, with as much ease as Aatma Singh in Newton, or as Sultan in Gangs of Wasseypur.

So, do watch the show for him.

Post your comment
#Web series, #Amazon prime, #Pankaj tripathi, #Mirzapur
The views and opinions expressed in this article are those of the authors and do not necessarily reflect the official policy or position of DailyO.in or the India Today Group. The writers are solely responsible for any claims arising out of the contents of this article.