DailyOh! Pandemonium over Pegasus in the Parliament, a 'dislike' button for Twitter soon

The farmers — led by Samkyukt Kisan Morcha (SKM) — reached Jantar Mantar in Delhi today to intensify their agitation. Protest leader Rakesh Tikait has assured that the protesters will not run amok as they did on January 26 this year, when they took over the Red Fort soon after the Republic Day events. This is the first time since then that the authorities have granted permission to hold a protest in the city. The farmers plan to stay put in Delhi for the entire Monsoon Session of the Parliament. 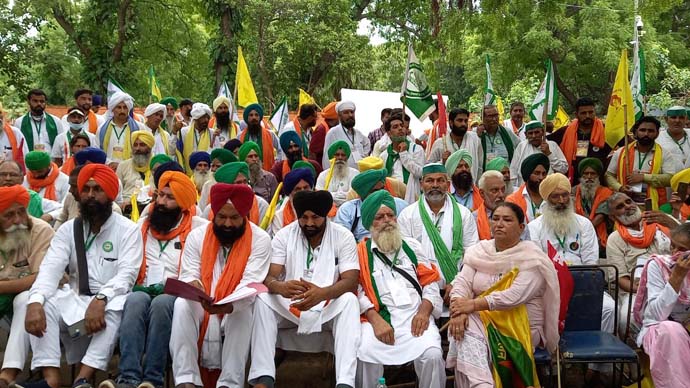 Since last year, the farmers’ protest has been seeing new dimensions when they started voicing their dissent against the Centre’s three farm laws, and demanding that the laws be repealed.

While that was the protests outside the Parliament, things inside the Parliament weren’t any less chaotic. Pandemonium reigned in the Rajya Sabha today as TMC MP Santanu Sen snatched and tore IT Minister Ashwini Vaishnaw's statement on the Pegasus spyware controversy.

TMC and other Opposition party members rushed into the well of the House when the Minister was called to make a statement over the issue. As he rose to speak on the Pegasus reports, Sen snatched the statement from Vaishnaw's hands, tore it and flung the pieces in the air, triggering ruckus in the House. Following this, the Rajya Sabha was adjourned till 11 am tomorrow. 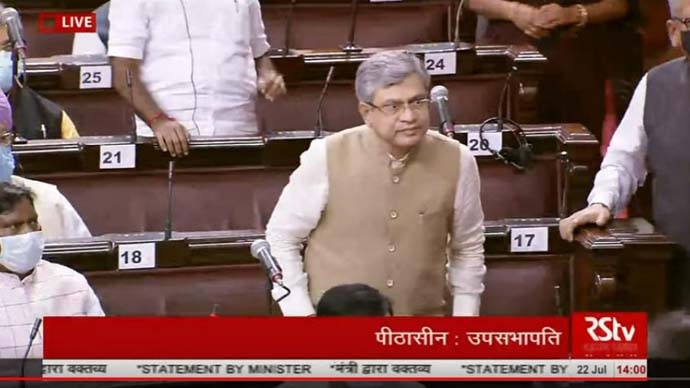 The pandemonium over Pegasus didn’t stop with Delhi. In West Bengal, TMC chief and CM Mamata Banerjee has now alleged that the Modi government had put her meetings with poll strategist Prashant Kishor under surveillance. And in Uttar Pradesh, the state Congress chief Ajay Kumar Lallu and others were arrested following a clash between party workers and the police in Lucknow today. The clash broke out when they were on their way to the Governor's House to submit a memorandum on the Pegasus row.

Now, let us take you to the other controversy.

Former India cricketer Suresh Raina has put not his foot, but a whole leg in his mouth. Responding to the Tamil Nadu Premier League (TNPL) commentators’ about his connection with Chennai, Raina reportedly said, “I think I am also a Brahmin. I have been playing since 2004 in Chennai, I love the culture. I love my teammates. I have played with Anirudha Srikanth, Badri (S Badrinath), Bala Bhai (L Balaji).” Suresh Raina has been an integral part of Chennai Super Kings (CSK) in the Indian Premier League (IPL) since 2008.

Now, his statement is problematic on multiple levels. For starters, his ignorance about the city and its culture by equating Chennai’s culture with his Brahmin identity. And a bigger problem is flaunting his caste identity.

It brings us to the question, what exactly is caste? No, we are not getting into the philosophical aspect of it (for now), just the etymological part. Our Word Of The Day is defined by the Oxford Dictionary as “any of the four main divisions of Hindu society, originally those made according to functions in society.” Interestingly enough, the word’s origin is European. It comes from the Spanish word casta that translates to “lineage” or “breed” or “race”.

Now this entire controversy stems from Raina flaunting his caste. Obviously, social media was not going to let this go quietly and brickbats haven’t stopped raining on the cricketer since.

What the heck @ImRaina sir.. you shouldn’t use that word ….. https://t.co/v8AD1Cp0fT pic.twitter.com/TltPoMbYec

Abhinav Mukund : *Questions about Chennai culture*Raina : Am a Brahmin too! pic.twitter.com/DL27kStnr7

@ImRaina you should be ashamed yourself. It seems that you have never experienced real Chennai culture though you have been playing many years for Chennai team. https://t.co/ZICLRr0ZLh

What Twitterati actually needed was a ‘dislike’ button for Raina’s comment. And Twitter is going to give them just that. Twitter has finally begun testing a ‘dislike’ button on the app. But like all things good, you might have to wait for the button if you are not an iPhone user.

Some of you on iOS may see different options to up or down vote on replies. We're testing this to understand the types of replies you find relevant in a convo, so we can work on ways to show more of them. Your downvotes aren’t public, while your upvotes will be shown as likes. pic.twitter.com/hrBfrKQdcY

The ‘like’ button on social media is powerful. One “like” will make your post show up on your friends' feed, boosting the algorithm to ensure that the post is seen and interacted with, to continue the cycle of engagement. The ‘like’ button on social media is a powerful tool. (Photo: Getty Images)

Social media is all about ‘likes’ and ‘dislikes’ but did you know when and how the first ‘like’ button was created? We’ll tell you.

It was on November 17, 2005 (at 5.28 p.m, to be precise) that the first ‘Like’ button was clicked on. The internal Vimeo team — Andrew Pile, Jake Lodwick, Kunal Shah and Zach Klein — developed the ubiquitous ‘thumbs-up’ button on the online video-sharing service. The inspiration? Again, it came from the unlikeliest of places. The Vimeo ‘like’ was heavily inspired by "diggs" from the site Digg.com. The team that developed the first ‘like’ button on social media: From the left - Kunal Shah, Jake Lodwick, Zach Klein and Andrew Pile. (Photo: Flickr/ @nickgray)

Like or dislike, no one can stop binging on videos on social media. Especially if they feature pets. However, here is one that is not one of the cuddly pets’ videos, but one of a rather fearless cat.

In Odisha’s Bhubaneswar, a pet cat stopped a cobra from entering her owner’s house. The cat, named Soni, bravely stood her ground for nearly two hours, keeping a watch on the cobra, preventing it from entering the house.

And when the rescue team arrived, Soni was smart enough to retreat. Absolutely catastic! Needless to say, the video has gone viral on social media.

Need more to watch? Why not binge on The Fresh Prince of Bel-Air? This show is remarkable because it took on topics that were typically 'Black problems' and talked about them in a non-aggressive and non-confrontational way, back in the 1990s. It is currently streaming on Netflix.

That’s all from us today. We will see you tomorrow!

Also Read: Why the Uniform Civil Code has become imperative

#Twitter dislike button, #Suresh Raina, #Pegasus scandal, #Farmers' protest
The views and opinions expressed in this article are those of the authors and do not necessarily reflect the official policy or position of DailyO.in or the India Today Group. The writers are solely responsible for any claims arising out of the contents of this article.