Mt Everest becomes garbage can: Is it the responsibility of only one govt to clean up the world's tallest dump yard?

Mt Everest is getting filthier with every climb, and it is not an embarrassment only for Nepal. Governments across the world need to pitch in.

Nepal recently conducted a cleaning campaign in a bid to clear trash from the world’s tallest dump yard.

The drive resulted in the collection of a total of 11,000 kg garbage — which included empty oxygen cylinders, plastic bottles, cans, batteries, food wrappings, faecal matter and kitchen waste. The collection also included four dead bodies — possibly of those on an expedition to conquer the summit but perished en route. None of the four bodies has been identified and it was not known when they died.

The Nepalese government and non-government agencies, along with a dedicated Sherpa team, were asked to join the cleaning drive. 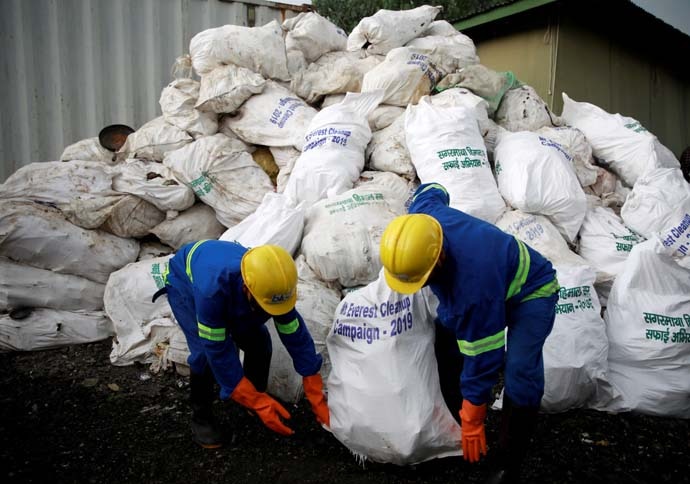 Instead of sending the solid waste straight to the landfill near Kathmandu, the items were segregated, processed and recycled as raw materials for various products.

The remaining garbage was flown to Kathmandu in army helicopters from the Everest base camp.

“We segregated the collected materials in different categories such as plastic, glass, iron, aluminium and textile. Of the over 10 tonnes of waste collected, two tonnes have been recycled. The remaining eight were soil mixed with wrappers and semi-burned items, which could not be recycled,” Nabin Bikash Maharjan, head of Kathmandu-based Blue Waste to Value, a social enterprise, told The Hindu. 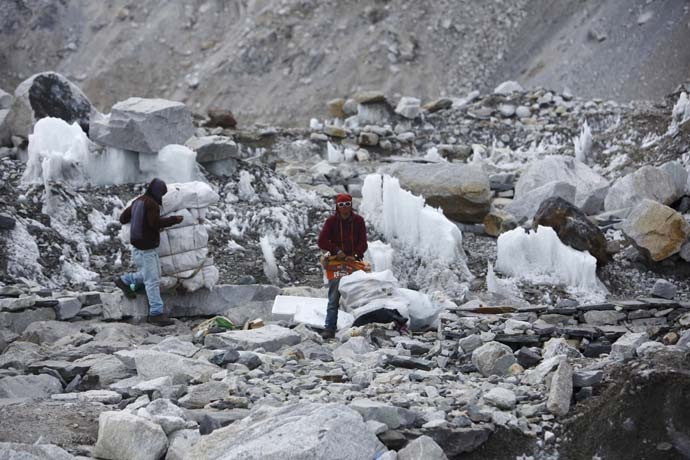 More than 4,000 climbers have reached the summit of Everest — the world's highest peak since it was first scaled by Sir Edmund Hillary and Tenzing Norgay Sherpa in 1953. Years of commercial mountaineering and the ever-growing number of inexperienced mountain hikers have accumulated tons of garbage at Mount Everest. The world’s tallest mountain (above sea level) now has an assortment of waste to offer as a view. Ranging from human dead bodies, discarded and buried tents, packs of crisps, cans of juices and aerated drinks to human excrement, the range of trash that is left behind at Mt Everest is myriad.

It doesn't decompose owing to the high altitude and temperatures.

The Nepalese government gets a sizeable chunk of royalty revenue from Mt Everest summiteers — Rs 361 million (NPR) in this season alone — more than Rs 22.5 crore (INR). For the tiny Himalayan country that derives 7.5% of its GDP from tourism, this is a lot of money. The Nepalese government has been investing a lot in keeping Everest clean. Local climbers (Sherpa) are hired to collect rubbish at the deserted Everest base camp, approximately 5,300 metres above sea level.

The waste, including human poop, is brought down in barrels from base camps and dumped into pits — which then washes downstream during monsoon season. It is estimated that over 5,400 kilograms of human waste that is washed down from the base camps into the streams results in diarrhoea and other intestinal problems for the locals because the waste isn't filtered properly. 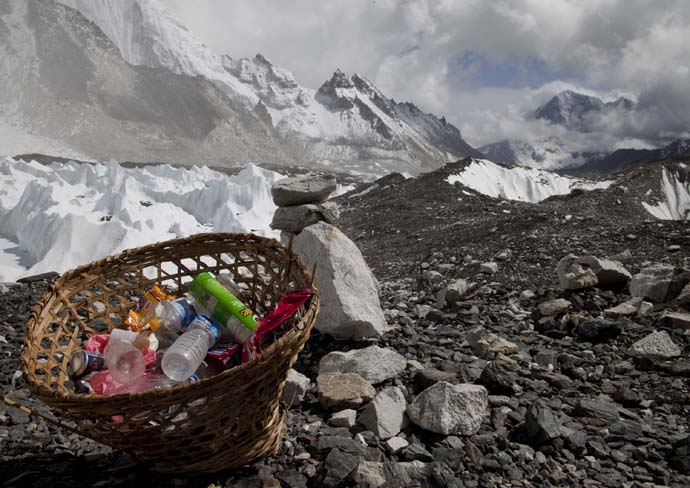 The world’s tallest mountain now has an assortment of waste to offer as a view. (File photo: Reuters)

While a climbing ban on Mt Everest is not an option for the Nepalese government, every government across the world — whose citizens form the hundreds of foreign climbers bidding to climb Everest — has the ethical and moral responsibility to ensure that the summit is cleaned. Nepalese people do not deserve to swim in our waste — literally!

Post your comment
#Pollution Control, #Sherpas, #Garbage on everest, #Garbage disposal
The views and opinions expressed in this article are those of the authors and do not necessarily reflect the official policy or position of DailyO.in or the India Today Group. The writers are solely responsible for any claims arising out of the contents of this article.