Naagin 3: Now here's a show you need gomutra for

There are snakes everywhere.

The backdrop of Naagin 3 is a Shani temple, a few miles away from Mumbai. But the logic, if there is any, is distant. So distant that audiences, who apparently love these shape-shifting snakes, may need a few drops of gomutra to come back to reality!

Gomutra is just a parallel track, and might have been introduced for comic relief because the problem is greater.

An industrialist wants to build a chain of hotels on the same land where the temple has been standing for the last 3,000 years. It is also believed to be the only place where the choicest of snakes can consummate their marriage in 100 years. Spot the scales: How one starts converting into a naagin (Photo: Screenshot)

As it happens, a snake couple is teased by the a group of rowdy men, leading to an attempt to rape, a fight and a gunshot here and there, resulting in the death of a snake (the man snake). The female snake vows revenge on the industrialist's entire family, as one of his sons is part of the group.

Yes, the industrialist has many sons — he has two wives — and he proudly gives interviews about his marriages. Not only that, he also fixes both his sons' weddings on the same date, at the same venue, and near the temple. 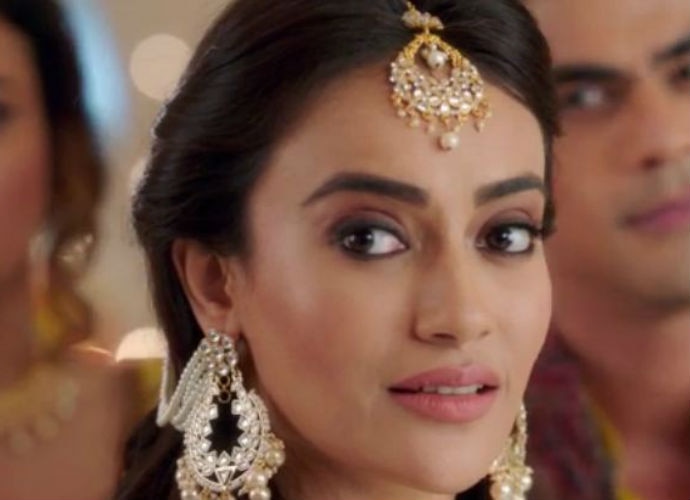 Mariage as loan-waiver: The bride who knows that her prospective marriage will lessen his father's debts.

One of the daughters-in-law is smart. This good girl, who needs no gomutra (if you actually want to connect loose links in the plot), has no misconception about the marriage. She comforts her father saying that she has agreed to get married into this wealthy family as it would help unburden his debts. Meanwhile, she is going to be married to the man who was involved in the death of the snake-man, and hence he will be on the hit list of the snake-woman who has made an entry into the wedding scene disguised as an industrialist. 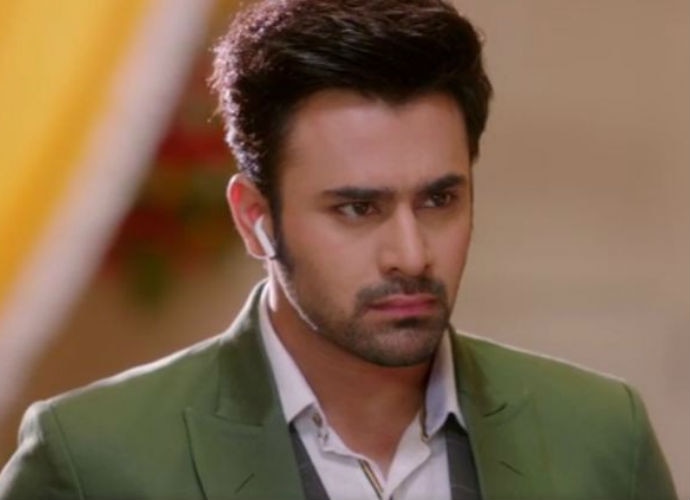 Call of conscience: Whatever he is listening to...

The do-gooding bride also shares a warm relationship with her future husband’s brother, who, for some reason, always has an earphone on. It’s not clear whether he has hearing difficulties, or is actually listening to some providential guidance, because he always acts right and may even end up marrying his brother’s bride should something happen to his brother on the wedding day. Not a mud pack though

There are snakes everywhere. Of course, we are not complaining because that’s what Naagin is all about. And Naggin 3, a weekend treat that began early this month, should not have deviated. But how does it keep the audience hooked to such a logic-defying plot?

There’s bone-chilling suspense, for you never know who is a snake and who is not. The industrialist's manager actually becomes a serpent to warn him against his vicious plan of razing the temple. So, the industrialist, who can manage two wives, actually didn’t know that he had hired a serpent as a manager.

Pro tip: These naagins can do anything; buy the costliest chiffon saree, set a house of fire, you name it. But they can’t save themselves from gunshots.

Post your comment
#Television, #Entertainment, #Ekta Kapoor, #Naagin
The views and opinions expressed in this article are those of the authors and do not necessarily reflect the official policy or position of DailyO.in or the India Today Group. The writers are solely responsible for any claims arising out of the contents of this article.