DailyOh! What PM Modi wants India to do this festive season, to Congress's 'item' vs BJP's 'mistress'

The festive season has arrived but the time to let the guard (read mask) down hasn't arrived yet. That was the crux of PM Modi's speech too.

Come February 2021, and half of India may be infected by the novel coronavirus, says a government committee tasked with providing projections on coronavirus spread. The committee says about 30 per cent of the population has already been infected.

What no report is saying, but visuals are showing, is that all of Bihar is likely be infected by the time elections are over and a new coalition government is installed.

Hard work and Hopes for better future of Bihar.@yadavtejashwi has arrived to stay here for long. pic.twitter.com/Zk4YHwpP2f

Masks are rare in public rallies, rarer still are masks worn properly. Bihar has also distanced itself from all social distancing norms.

What’s true for Bihar is true for the rest of India. If it's elections in Bihar, it’s the festive season in the rest of the country. For Bihar, it’s both. So, Prime Minister Modi spoke to the nation dot at 6 pm today, telling the nation what not to do this festive season. What did he say? “Do gaj ki doori, mask hai zaroori.” Also, “Jab tak dawai nahi, tab tak dhilai nahi.” 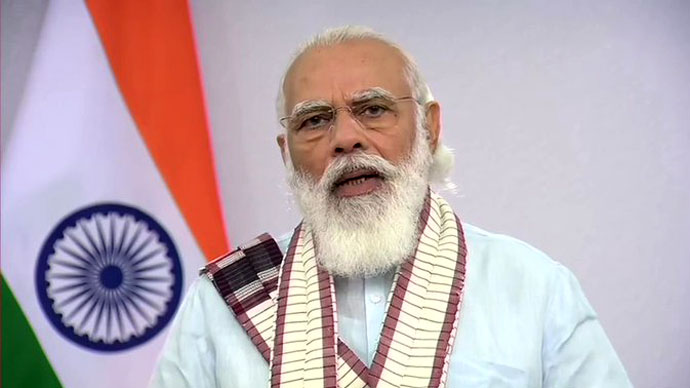 Meanwhile, for the first time in two months, India says it has recorded less than 50,000 cases over a 24-hour period that ended this morning.

This figure represents those tested. The untested and the unwilling-to-get tested are not part of this lot. But we will go by these numbers since we have been going by RT-PCR numbers since we began going after coronavirus numbers.

Going after the Uttar Pradesh Police probe in the Hathras alleged gangrape and murder probe is the CBI. The investigating agency has found that of the four arrested on charges of gangraping and killing the Dalit woman, one is a minor. The four accused have been lodged at the Aligarh jail. The minor may now be moved to a juvenile home since children cannot be put in jails.

Talking of children, AIIMS Delhi has reported the first case of Covid-19-induced brain nerve damage in a child, which led to blurred vision. The 11-year-old’s health condition reportedly improved with immunotherapy, and she was discharged after about 50 per cent of her vision was regained.

The dangers of coronavirus notwithstanding, US President Donald Trump has suggested top government scientist Anthony Fauci was an “idiot” because people are tired. Here is what Trump said, “People are saying, ‘Whatever - just leave us alone.’ They're tired of it. People are tired of hearing Fauci and all these idiots.”

You can leave people alone but you can’t leave them at the mercy of Trump’s understating of science. Trump’s handling of the coronavirus could cost him the President’s post in the US.

But talking of elections, let us tell you what is happening in Madhya Pradesh bypolls. A day after Kamal Nath faced heat for referring to BJP Dabra candidate Imarti Devi as “item”, BJP candidate from Anuppur, Bisahulal Singh, has called his rival Congress candidate Vishwanath Singh Kunjam’s second wife his "mistress".

Kamal Nath’s use of the word item for Imarti Devi has received flak from Congress leader Rahul Gandhi, who said, “Kamal Nath ji is from my party but personally, I don't like the type of language that he used.”

#WATCH Kamal Nath ji is from my party but personally, I don't like the type of language that he used...I don't appreciate it, regardless of who he is. It is unfortunate: Congress leader Rahul Gandhi on the former Madhya Pradesh CM's "item" remark pic.twitter.com/VT149EjHu0

But why did Singh use the kind of language he used?

Singh alleged that Kunjam has given incorrect information in his affidavit and mentioned the name of his mistress as his wife. Maybe Singh wasn’t invited to the wedding and so he thinks the marriage never took place. Bisahulal Singh could well be the Bauji of Ankhon Dekhi (2013), who wouldn’t believe it till he has seen it.

Why Bisahulal should be bothered about who is the wife of whom is for Bisahulal to know, but what we want you to know is that mistress, to begin with, was not a derogatory word.

The word mistress was originally used as a neutral feminine counterpart to mister (Mr), which drew from "master" in Middle English. So just as men were misters, women were mistresses. In the modern sense, mistress, the Word Of The Day, is used primarily to refer to the female lover of a man. This man should be a married man. If the man is unmarried or widowed, then the woman becomes a girlfriend or partner.

So, the onus of a man’s infidelity is on the woman. Well, that's how our patriarchal society works. The onus of listening to what Bisahulal Singh has to say is on all of us collectively.

The onus of growing heeng in Himachal's Lahaul-Spiti is now on CSIR-Institute of Himalayan Bioresource Technology, Palampur. India is said to be the only country where heeng is consumed as a masala. In Iran and Afghanistan, where India imports heeng from, heeng isn’t used much and used to grow only as a wild plant. In some parts of Germany, heeng is used as a bio-pesticide. India is probably the only country where heeng is eaten on a mass scale. (Photo: PTI)

Heeng, as you know, is also called the devil’s dung in some European countries because of its distinct odour. Now, one man's food is other man's dung, which does not mean anyone's food is any lesser. Haven't you seen the Netflix movie Axone yet?

If you want to, ask 'what about tinde?' Let's talk heeng please.

It is said about a century and a quarter ago, Laljee Godhoo chanced upon a kabuliwala. This was sometime in the 1890s. The kabuliwala also had with him dry fruits, dates and lumps of heeng for the rich in Bombay. Laljee knew he had a business opportunity at hand. LG & Co, the company founded by Laljee, now sells close to 45 lakh kgs of processed heeng each year.

Raw heeng is not eatable. What we eat is raw heeng blended with edible gum and flour. Some still stay away from heeng because of its strong taste (and that distinct smell). Growing heeng in Himachal, which grows in very small quantities in Kashmir, will give India aatmanirbharta in heeng. So get ready to have more of it in your food and take it anyway if you got an upset stomach.

If you have no issues with the stomach, PV Sindhu has none with coach Pullela Gopichand and family. Sindhu issued the clarification after a report claimed she travelled to the UK because of differences with the family. We hear you if you dare not move even to the next room after differences with your family.

Sindhu may not have moved due to differences, but she has moved to the UK quitting the national badminton camp. Is the IMF moving to China? Congress leader Shashi Tharoor may have the answer. 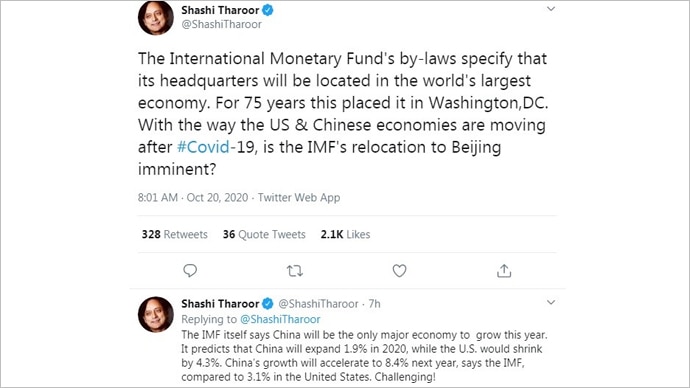 So rules say its headquarters will be located in the world's largest economy. Currently, only China is the only major economy growing. Since US was the fastest growing economy until recently, IMF was headquartered in Washington DC.

Let IMF and Sindhu move; if you are stuck, you have the option of travelling wherever you want with books you can read. Our recommendation today is The Silver Pigs by Lindsey Davis.

We will leave you imagining what silver pigs would look like.

But we will be back tomorrow.

Stay safe. Also remember, that mask is zaroori especially where do gaj ki doori is not an option.

Also Read: Stoned Shamed Depressed, why teens and tweens can no longer hold it together

#Heeng, #Donald Trump, #Kamal Nath, #Narendra Modi
The views and opinions expressed in this article are those of the authors and do not necessarily reflect the official policy or position of DailyO.in or the India Today Group. The writers are solely responsible for any claims arising out of the contents of this article.