Remember the time when we gave two hoots about a fellow human being in pain and took him to the nearest hospital?

Delhi prides itself on being the "political and power hub" of the country. There is a distinct air of arrogance to Dilliwallas, which is very different from rest of India.

After what happened on August 11 though, we should hang our collective heads in shame, once again, and rethink the pathetic arrogance and nonchalance this city has fostered.

Matibool, 40, was on his way home at 5.30am after finishing the second of his two daily jobs, when a tempo rammed into him from behind. Screengrab from the CCTV video.

As the video shows, the tempo was coming in at an extremely high speed and only tried to change direction at the last moment. Matibool was just walking in a straight line.

The tempo driver then got down, casually glanced at Matibool and then did what every "normal" (nope) human being would do - check if his tempo was not damaged. He then just drove away, leaving Matibool bleeding on the side of the road.

Also read: Chances of getting run over in Delhi are now terrifying

As the video shows, after a while a rickshaw driver stops, we hope that someone might finally show the fabled "Dilli ka dil", but no. He too gives Matibool an ignorant glance, walks past him, picks up his phone and walks away. 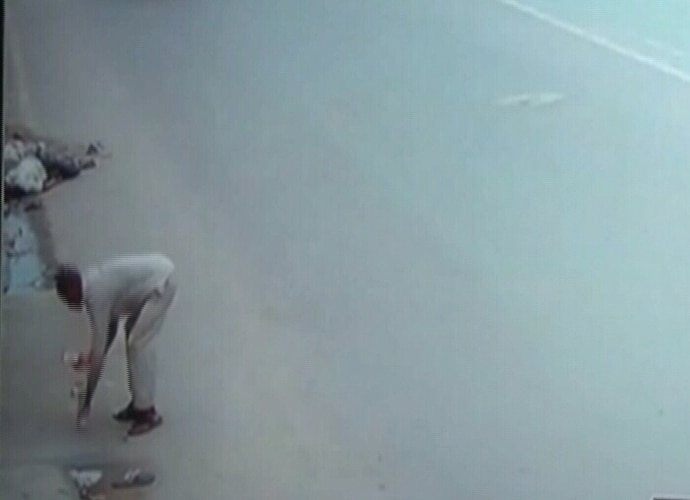 Matibool was left there to bleed for 90 minutes until the police took him to a hospital which is just half a kilometre away. Doctors declared him dead on arrival.

Bharat Mata ki jai won't happen if we keep ignoring our dying, well humans (not cows). But the current political regime hasn't shied away from differentiating between human lives, based on their religion, eating habits, sexuality, gender. We wonder if that has had a trickledown effect, amplifying the already prevalant "tamasha dekh" attitude of most Indians.

Remember the time when we gave two hoots about a fellow human being bleeding away to death on the side of a road, with the hospital just minutes away?

Yeah those were the real "acche din".