'Unkept, tired and mellowed,' what caused such a change in Nirav Modi's demeanour at the Westminster Court bail hearing?

It was totally different this time around.

Still in his white shirt and black trousers, but unlike the last time, on the 29th of March, at his second bail hearing in Westminster Magistrate’s Court, Nirav Modi looked unkept, tired — and mellowed. His courtesies to the judge were meek — ‘Yes Ma'am', 'Thank you, Ma'am.’ He was diligently making notes all through the first half of the hearing, which he handed over to Mr Anand Doobay — also the solicitor on Vijay Malaya’s case — as soon as we came back to court after the lunch hour.

I was so tempted to get a sneak peek of that paper!

I wonder what Nirav Modi, the 'diamond doyen', would be thinking in the dock. Was he trying to pass directions through a piece of paper, with an attendant sitting right next to him (happens in cases where a person is remanded in custody)? I wonder if he has shared notes with Vijay Mallya too, considering he has hired the same Barrister as him — Claire Montgomery QC. This is despite the fact that Mallya lost the case at the Westminster Magistrates Court and now, his case is in the appeals court, awaiting a decision.

So familiar were the faces and parties in the courtroom that the moment the judge entered, she said, “This feels like deja vu.”

A smile ran across most faces.

With most economic defaulters choosing London as their ‘destination hide’, a journalist like me can safely say that we are soon becoming experts at reporting on extradition cases — Westminster Magistrates Court almost feels like home. I wonder if Nirav Modi has shared notes with Vijay Mallya, considering he has hired the same barrister as him? (Source: Reuters)

But, despite regularly attending extradition hearings, nervous energy still runs through my veins a day before the hearing. To get the kids off to the childminder early, then to be abreast with all that happened before, to all that could happen, the mind is always ticking. So was time on the day. Despite being scheduled for 10 AM, it started at 12.30 PM on the 29th of March, possibly because hearings scheduled before that took too much time.

The wait was excruciating for journalists like me, going in and out of the court.

Maybe the judge could read our familiar faces — and the desperation on them.

After the first half an hour, she said, ‘Whoever is waiting for Nirav Modi’s hearing can go out and get a nice coffee from downstairs as it won't be till 10 ’o clock.’

We smiled at the familiarity we had built with the judge and, in fact, even the security people — the moment they see me, they ask, ‘Is it the Formula One guy or the diamond guy today?’ The same goes for all the cafes and shops where we go for a quick coffee or water or a ‘speed bite’ between lives.

As I walked out of the court — quietly smiling at the judge, but loudly thanking her — my mind was tossing between a ‘no bail’ and ‘bail with a tag’ option. Bail with a tag, where one can be monitored, would be quite a humiliating option for a billionaire, I thought. To my surprise, the defence proposed it, along with a security amount of up to $1 million. All options aside, the Chief Magistrate Emma Arbuthnot denied him bail downright.

When Toby Cadman QC from the CPS mentioned Nirav Modi allegedly sending 'death threats’ to one of the witnesses, I almost missed it — for it sounded too scary to be true. I quickly checked with my colleagues and found, to my amazement, that ‘death threat’ is exactly what Nirav Modi was reportedly alleged with. 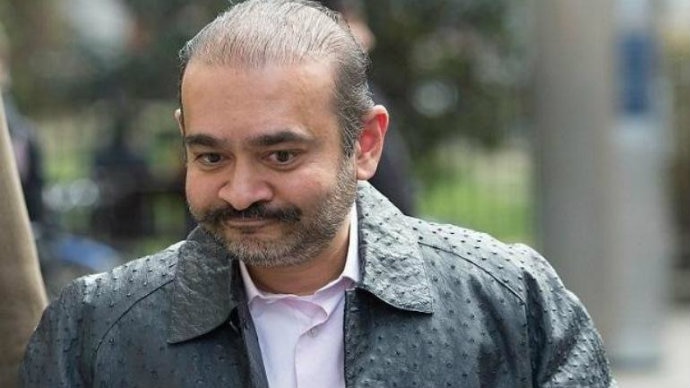 I fixed my gaze at him. The is the same man who is credited with putting Indian diamond jewellery on the global platform, who posed proudly for the covers of international magazines, who was photographed with PM Narendra Modi in Davos — and with Prince Charles at one point! Today, he is sitting in the dock — as someone accused of threatening to kill people, as well as allegedly destroying mobile phones to wipe out evidence.

All these are, of course, allegations that need to be proven, yet, they are of very serious nature.

The judge must have felt the same amazement — something which was evident from the statement she made in the end. Judge Emma Arbuthnot asked Nirav Modi to stand up, as is customary, and said, "I am conscious of the fact that you have a right to bail but not on this occasion.” Calling it 'unusual' for people involved in financial frauds to 'interfere with evidence and intimidate witnesses', and accepting that he is a ‘flight risk’ and could 'flee' and 'fail to surrender,' she rejected his bail application.

He will now appear via video link on April 26 in her court, while he has a right to appeal his bail in a higher court. Crown Prosecution confirms that Nirav Modi intends to appeal for bail but has not done so yet. Nirav Modi can apply for bail “whenever he likes,” says the CPS, “but needs to give us 48 hours notice.” The bail hearing will then be listed after 48 hours.

In the meantime, Nirav Modi is in Wandsworth Prison, which, I am told by people who have visited it, is quite grim and congested. I recently heard on the news that prisoners had complained of food served in UK prisons.

From a posh life to living in a prison, it has been an abrupt turn of events for Nirav Modi.

Now, from the prison back to posh living seems quite a trek!

Also read: When I caught up with Nirav Modi in London

#PNB fraud, #Bail hearing, #Vijay Mallya, #Nirav modi arrested
The views and opinions expressed in this article are those of the authors and do not necessarily reflect the official policy or position of DailyO.in or the India Today Group. The writers are solely responsible for any claims arising out of the contents of this article.