Pokhran-II – and how we all became 'nuclear reactors'

Today is the 20th anniversary of India's nuclear test in Pokhran — or, "Pokhran-II", as the test is jauntily referred to. Its fissions and fusions aside, Pokhran-II changed India forever. It made us go nuclear in a way we'd never imagined. No longer a mirage: (From left) Atal Bihari Vajpayee, George Fernandes, APJ Abdul Kalam, R Chidambaram, Bhairon Singh Shekhawat and Pramod Mahajan in Pokhran after the nuclear tests on May 11 and 13, 1998.

Pokhran-II was exactly when a radioactive India was born — an India that exploded its atoms constantly with self-righteousness and rage. An India where you could be either "devotee" or "desh drohi". An India where a writer called Arundhati Roy announced, with sonorous solemnity, that her world had ended with the nuclear test. And then faced nuclear missile-like brickbats.

To see how we went from pushing one trigger to pressing each other's buttons, let's rewind. "Pokhran-II" was a series of nuclear tests conducted between May 11 and 13, 1998. The purpose, as India's then-prime minister, Atal Bihari Vajpayee, reportedly wrote to an incensed America, was to make India secure against its enemies — primarily Pakistan.

The same Vajpayee would also make overtures to Pakistan. He even visited the country on his famous bus ride to Lahore. In return, the Pakistanis gifted him Kargil. Little wonder that Vajpayee's government felt the nuclear blanket was a safe one to wrap India in.

The political advantages were also significant. Pokhran-I was triggered by Indira Gandhi in the 1970s, but Pokhran-II was finished by PM Vajpayee, who could thus soak in the applause. But this applause stopped at him. It would brook no dissent. Return gift: Atal Bihari Vajpayee visited Pakistan on his famous bus ride to Lahore in February 1999. Kargil followed in May.

Following Pokhran-II, Booker Prize-winning author Arundhati Roy wrote an essay titled "The End of Imagination". Her essay was simple enough. A believer against nuclear weapons, Roy wrote of how bitterly disappointed she was in an India which hadn't given its starving masses bread but the bomb. Sidestepping what might happen to those masses if our neighbour cooked us a mushroom cloud, Roy wrote instead of the "lunacy" of India's nuclear scientists, the canniness of its politicians, the "stench of fascism" in its air, the death of an entity — which believed in Megh Malhaar, not nuclear rain — she'd once loved.

It was a nice essay. 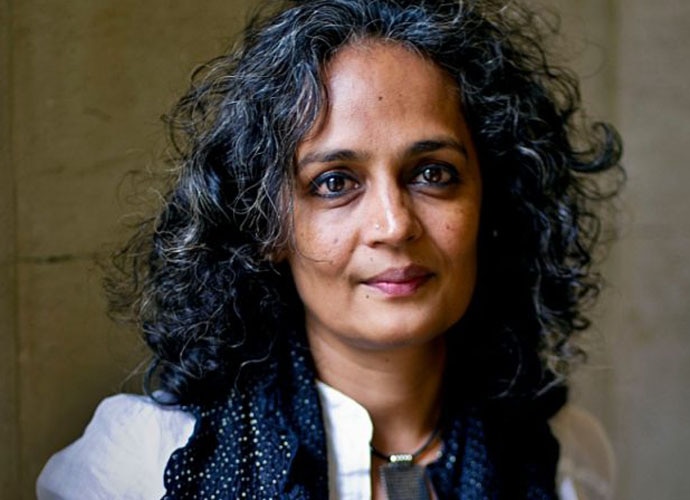 It had all the flourishes, the passion, the powerful prose, the "senti" stuff Roy is so good at. I didn't buy the "Let's be satyagrahi sitting ducks" argument, but I enjoyed reading Roy in all her brilliance nonetheless.

Pokhran-II hadn't triggered just an explosion in the hot sands of Rajasthan far away. It had triggered dissent within all of us. That dissent meant dissenting against the nuclear state — and it also meant dissenting with dissenters like Arundhati Roy.

The reactions to her essay were possibly the first instance of trolling in India, where an individual's viewpoint met frenzied cries of "traitor". Roy's view triggered remarkable fury, responses describing her as a hypocrite for accepting a Western prize that came loaded with its own nuclear history, being soft on Pakistan, being anti-Hindu.

The Pokhran-II moment is significant for it was when we began to call each other "anti-national" publicly. When this form of address became acceptable. When it became normal to view dissent — even naiveté — as against India itself. 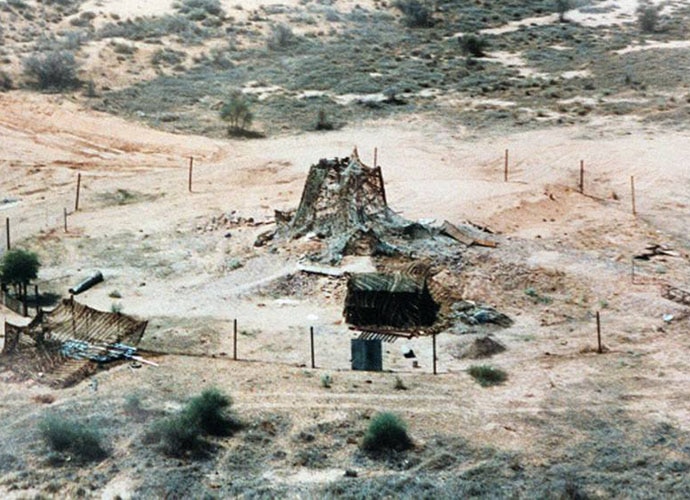 This photo released by the government of India on May 17, 1998, shows the Pokhran-II test site after a nuclear device was detonated underground on May 11.

A lot underlay Pokhran-II though.

Economic reforms had begun in India in 1992. By 1998, when Pokhran-II happened, the first impacts of liberalisation — private sector jobs, credit cards, early mobile phones — were being felt. The tremors were shaking an established social order where "public intellectuals" — once a moniker that would have gone to Roy without much question — would be questioned now. Indeed, a new world was being born. One which used more plastic than its parents had. One which felt uninterrupted power supply was its birthright. One which wanted India to enjoy global power — and the power to pulverise Pakistan.

Pokhran-II spoke directly to that world.

But her voice would be met by other voices now. Voices which would not be overawed by a writer's flourishes, their prizes, their connections, their cushioned life. Voices which would, in fact, point angry fingers at the "elitism", the "establishment views", the cheek of those telling India to turn its non-violent cheek.

Back then, there was no social media. But those who dissented with Roy's dissent made their opposition — and how personal this was, expressions like conspirator, collaborator and foreign agent flung around — abundantly clear.

Since then, a lot of sand has slid about our nuclear field.

Pakistan has proved to be a spectacular basket case. Hindutva has claimed more than one human life. India's writers have won accolades; a few have been killed too.

And we have all become radiantly nuclear now. Pokhran-II was a turning moment for India, not just because we could joyously trill, like singer Tom Lehrer in his "Song for World War Three", "So long Mom, I'm off to drop the bomb!" It was also a turning moment because it was when our public discourse, once staid, suddenly became radioactive.

#BJP, #Trolling, #Arundhati Roy, #Pokhran-II
The views and opinions expressed in this article are those of the authors and do not necessarily reflect the official policy or position of DailyO.in or the India Today Group. The writers are solely responsible for any claims arising out of the contents of this article.