India has recorded 578 Omicron cases so far, with Delhi and Maharashtra crossing 100 cases each. PM Modi has announced vaccination for the 15-18 age group, and booster doses across the country.

The Ministry of Health confirmed on December 27 that India's Omicron tally has reached 578. In another major development, Prime Minister Narendra Modi has announced that vaccination for children in the 15-18 age group will kick off in January 2022. The PM also gave an update on booster doses.

As of now, no deaths due to Omicron have been reported in India.

Here's the state and UT-wise break-up:

2. CENTRE ANNOUNCES VACCCINATION FOR CHILDREN ABOVE 15

Prime Minister Narendra Modi announced on December 25 that vaccination for children between the ages of 15 and 18 will begin on January 3, 2022. In his address to the nation on December 25, the PM said, "For children who are between the ages of 15 years and 18 years, vaccinations will now start in the country. In 2022, it will be launched on January 3." 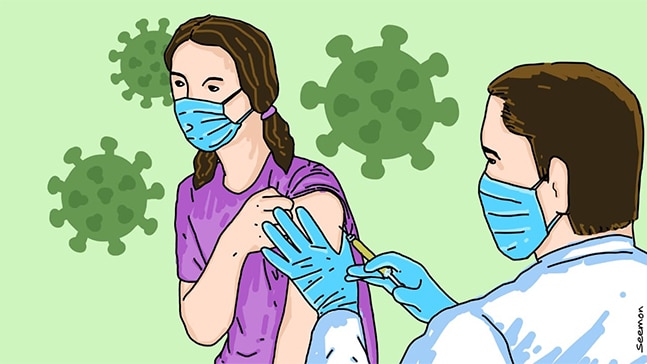 3. BOOSTER SHOTS FOR HEALTHCARE WORKERS AND PEOPLE OVER 60

PM Modi also announced during his address on December 25 that frontline workers, healthcare workers and people over the age of 60 with health conditions will receive booster shots first. Frontline and healthcare workers will be eligible to receive their 'precaution dose' on January 3, 2022, and people over the age of 60 will be eligible from January 10, 2022.

My address to the nation. https://t.co/dBQKvHXPtv

5. NIGHT CURFEWS BEGIN IN DELHI, UP AND HARYANA

Haryana has also imposed a night curfew and restricted the movement of people from 11 pm to 5 am. The night curfew came into effect on December 25. The state government has prohibited gatherings of more than 200 people in public places and events. The order will stay in effect till January 5, 2022.

#Night curfews, #Booster doses, #Vaccination drive, #Narendra Modi
The views and opinions expressed in this article are those of the authors and do not necessarily reflect the official policy or position of DailyO.in or the India Today Group. The writers are solely responsible for any claims arising out of the contents of this article.