DailyOh! New rules for OTT and Social Media, to why Didi was riding a scooty

While the government pulled up the social media and OTT players, Bengal's Didi has pulled up Centre. Now, unless you have been living under a rock, you would know that fuel prices in India have been touching the sky. People on land meanwhile are finding new ways to cope with it. Take for instance West Bengal Chief Minister Mamata Banerjee, who was seen riding pillion on an electric scooty in Kolkata. Who was driving the scooty? State minister and Kolkata Mayor Firhad Hakim. They rode for five kilometres from Hazra More to the state Secretariat. And helmet-clad Didi was not just sitting behind him, but waving at people, with a placard hanging around her neck that read: "What is in your mouth? Petrol price hike. Diesel price hike. Cooking gas price hike."

Trust her to find innovative ways to protest. 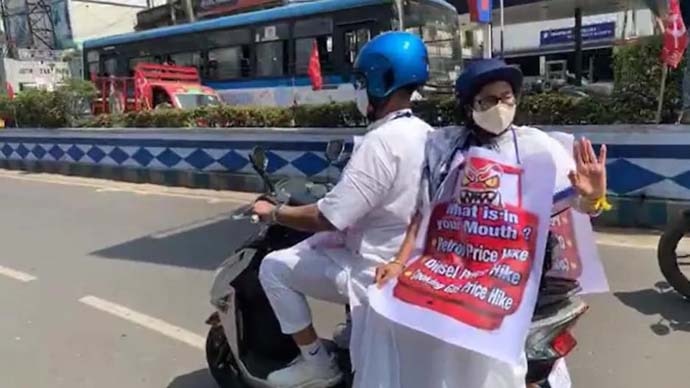 With fuel at its current price, we think it is time all of us find innovative means of transport. Petrol price in Mumbai stands at Rs 95.46 a litre and at Rs 88.99 in Delhi. Diesel is selling at Rs 86.34 a litre in Mumbai and at Rs 79.35 in Delhi.

It is not just the fuel prices that are adding to Mumbai and Maharashtra’s woes. Amid the rising cases of coronavirus in the state, over 200 people have been found Covid positive at a hostel in Washim district. Mumbai's iconic Oval Maidan will shut from tomorrow. As of Thursday morning, there were 16,738 new Covid-19 cases and 138 deaths in India over the last 24 hours, according to the Health Ministry. The total cases across the country have mounted to over 1.1 crore, while the active cases have crossed 1.5 lakh. We cannot stress further the importance of wearing the mask and maintaining social distance. Over 200 people have been found Covid positive at a hostel in Maharashtra's Washim district. (Representative photo: Reuters)

However, with the election season coming up, the workers across party lines seem to have forgotten all about social distancing. From the west, we go back to East, where CM Didi was riding a scooty, while BJP workers were planning a 'rath yatra' in her state. It was a yatra for change — Poriborton Yatra. However, plans for the yatra itself had to undergo a change after three BJP workers were attacked in the North 24 Parganas district of the state on Wednesday night. The BJP has claimed that 'TMC goons' were behind the incident. The police have cancelled the permission for the yatra as of now.

But not all is gloomy for the BJP in the state. To add some glitter to their ongoing campaign, Tollywood actor Payel Sarkar joined the party in Kolkata. Ahead of the upcoming Assembly elections, all major parties have been wooing and roping in film stars. But the saffron party seems to be better at it. While today it was Payel Sarkar, last week actor Yash Dasgupta had joined the BJP. Adding more glitter, BJP Chief JP Nadda also launched the Sonar Bangla mission today and has promised to give Bengal a new culture with no cut money, corruption-mukt, Vikas yukt — a hope for Sonar Bangla or a Golden Bengal. However, not all is glitter for fugitive diamond merchant Nirav Modi. A UK court has said there is prima facie evidence against the businessman and added that there was no evidence to say that Nirav Modi would not get justice if he was extradited. Nirav Modi, as you might recall, is wanted in India for fraud and money laundering in connection with Rs 14,000-crore Punjab National Bank (PNB) scam. In case you want to jog your memory cells, here is the chronology of the Nirav Modi case and the PNB scam.

In more news from the lands away from the Indian shores, former US Presidents Donald Trump and Barack Obama, golfer Justin Thomas and many others have wished for the speedy recovery of Tiger Woods. The golfer faced multiple leg injuries in a single-car accident in Los Angeles on Tuesday morning. The wishes poured in on Twitter. However, since Trump has been banned from Twitter, his statement was shared by Jason Miller, who was the Senior Advisor to the Trump 2020 re-election campaign.

On this day many years ago, British musician and "the quiet Beatle" George Harrison was born. He was the lead guitarist of the Beatles as long as the band was together and then went on to become an acclaimed music and film producer in his own right. Before we go any further on his story, enjoy this title song of George Harrison's classic solo album, All Things Must Pass.

Had he been alive, today he would have turned 78. But he was all of 15 when he met Beatles’ vocalist and bassist Paul McCartney on a bus ride. Where was he riding to? As most 15-year-olds do — to school. 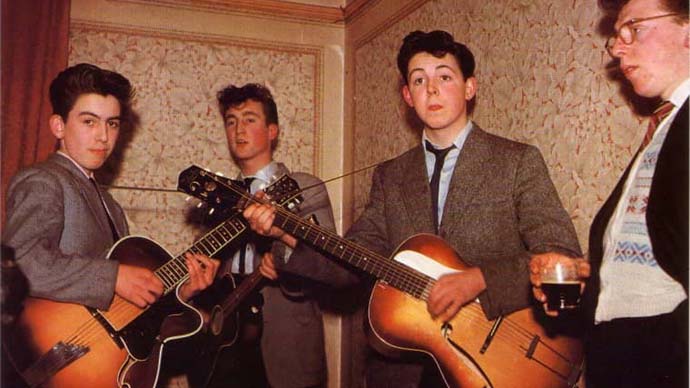 Harrison and McCartney bonded over music and the latter introduced Harrison to the band’s founder John Lennon. At that time there were no Beatles. It was still a skiffle band called the Quarrymen. Lennon was initially sceptical about letting Harrison join the band as Harrison was far too young. But two meetings and auditions down, all scepticism vanished and the rest, as they say, is history. Or at least till the band disbanded. Some blame external factors on the disbanding, while others say it was the trust deficit between the band members. In either case, the band disbanded and each band member went on to achieve greatness in their own right.

But speaking of trust deficit, who else has a deficit of trust? India and China, according to the Army Chief General MM Naravane. Speaking at a webinar, he said that there are strategies in place to address pending issues in eastern Ladakh. However, though the disengagement process has commenced on February 10, there is a trust deficit between the two countries, he admitted.

That brings us to deficit, our Word of The Day. The dictionary defines deficit as "a falling short or failure in amount," especially financially. It comes from the French word déficit, which in turn stems from the Latin word deficere. The word was first used in the year 1782.

While the two neighbours are deficient in trust, we would not want you to be deficient in immunity. And to boost your immunity in a healthy and yummy way this summer, you need to try the Turmeric Lassi. As ever, the recipe is on us and the efforts to make it are on you. Worry not as the efforts are not too heavy for making this delight. While you boost your immunity in the fight against Covid, remember that the most efficient weapons in your arsenal are your mask and sanitiser. And of course, staying indoors having the lassi and maintaining social distance.

While you stay at home, you can occupy yourself by watching the Pink-Ball Test between India and England from the Narendra Modi Stadium in Ahmedabad. On Day 2 of the 3rd Test, Axar Patel and R Ashwin were on fire, as Ashwin picked up his 400th Test wicket knocking Jofra Archer for 0. England are 9 down for 80 as of Thursday evening. You can follow the LIVE updates of the match here.

We will meet you tomorrow, virtually of course.

Also Read: DailyOh! PM Modi has a stadium named after him, to the name Mamata Banerjee gave him

#Fuel price hike, #George Harrison, #Covid-19, #Bengal
The views and opinions expressed in this article are those of the authors and do not necessarily reflect the official policy or position of DailyO.in or the India Today Group. The writers are solely responsible for any claims arising out of the contents of this article.